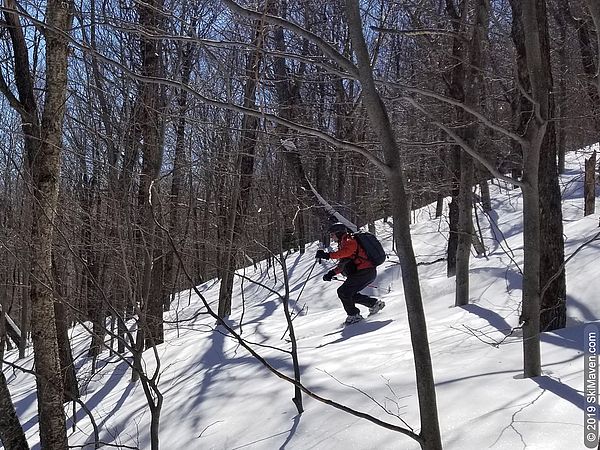 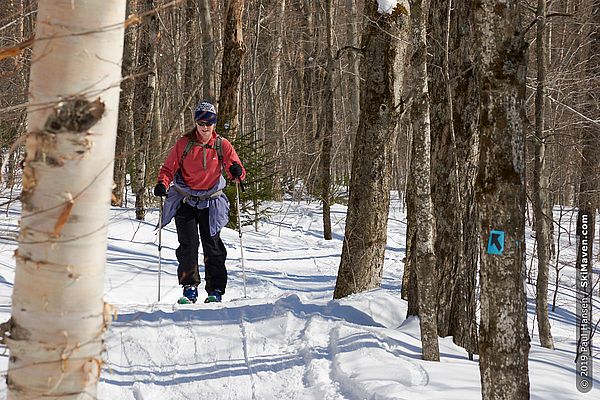 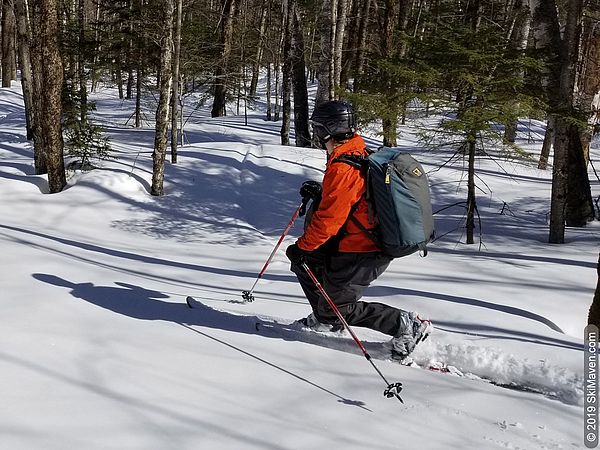 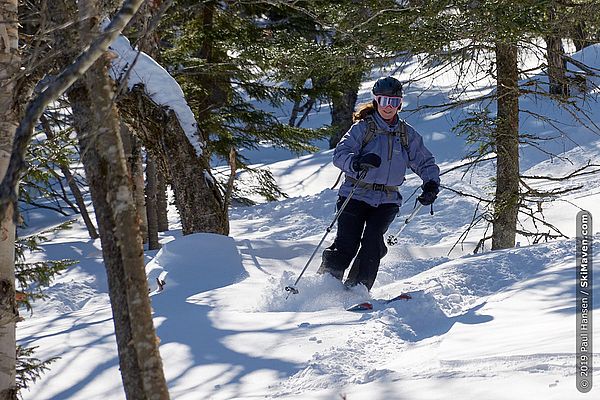 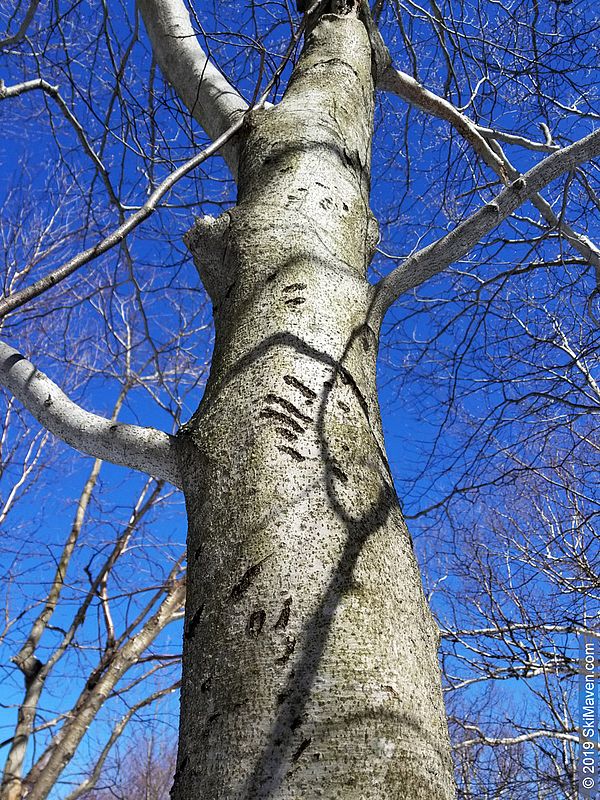 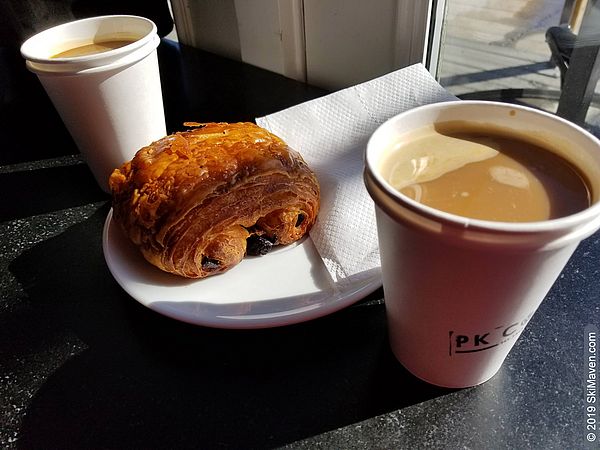 It was a stunning day on the snow today! Not a cloud in the sky, a deep snowpack and warm temperatures. So very nice indeed.

The Skimeister and I headed to Stowe, Vt., to do a backcountry ski tour. We explored the woods in the Sterling Forest. We earned our turns among the hardwood trees. And we had a leisurely snack stop in the sunshine.

We noticed the snow in the shade and higher in elevation was rather light. But as we moved down to sunnier, lower elevations it became stiffer. We surfed on it. Still very fun!

After our ski tour we treated ourselves to coffee and a chocolate croissant at PK Coffee on the Mountain Road. While in Stowe, we learned that the University of Vermont ski team earned second place in the NCAA Championships in Stowe. Way to go, Cats!