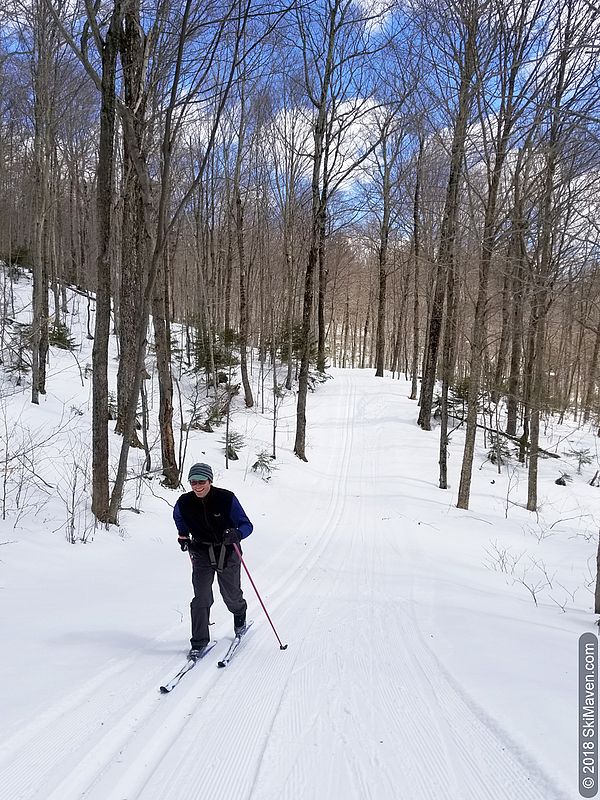 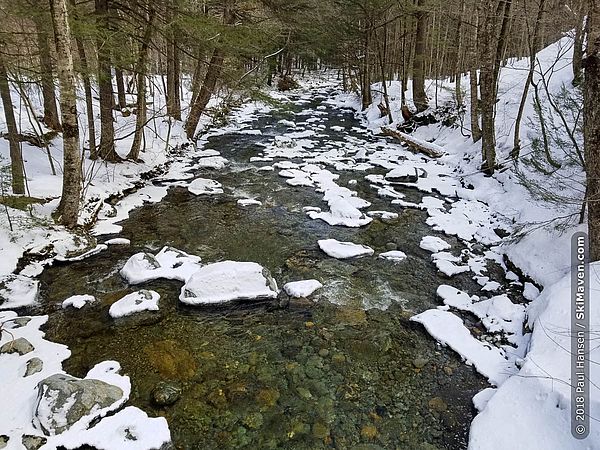 A view of Ranch Brook on Stowe Derby Trail. 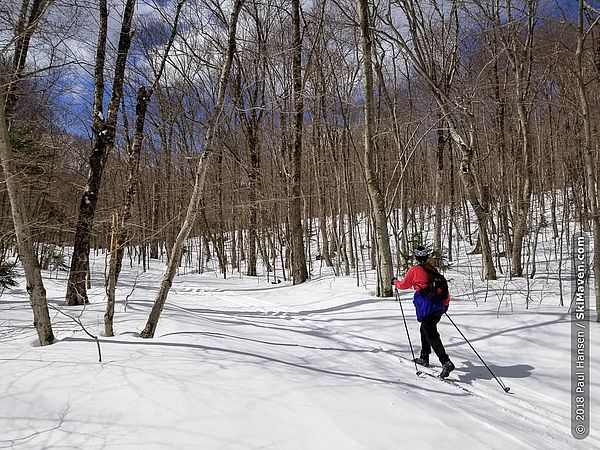 On the Bear Run loop. 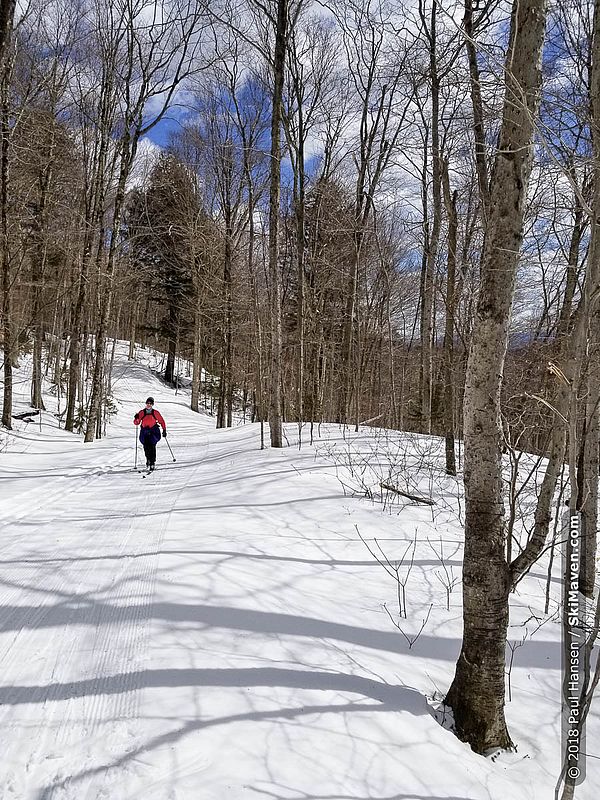 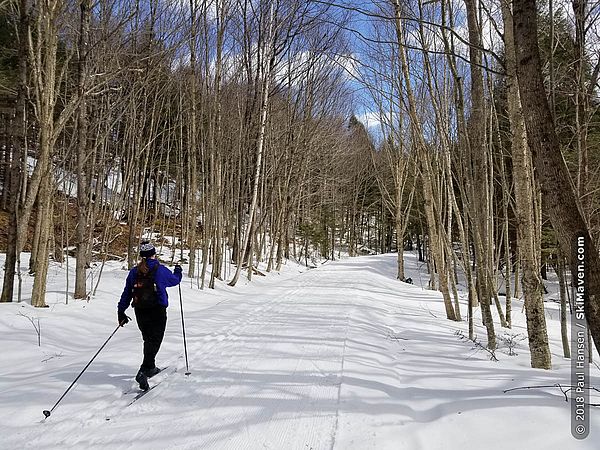 On the Burt Trail.

Toasty fire in the lodge. 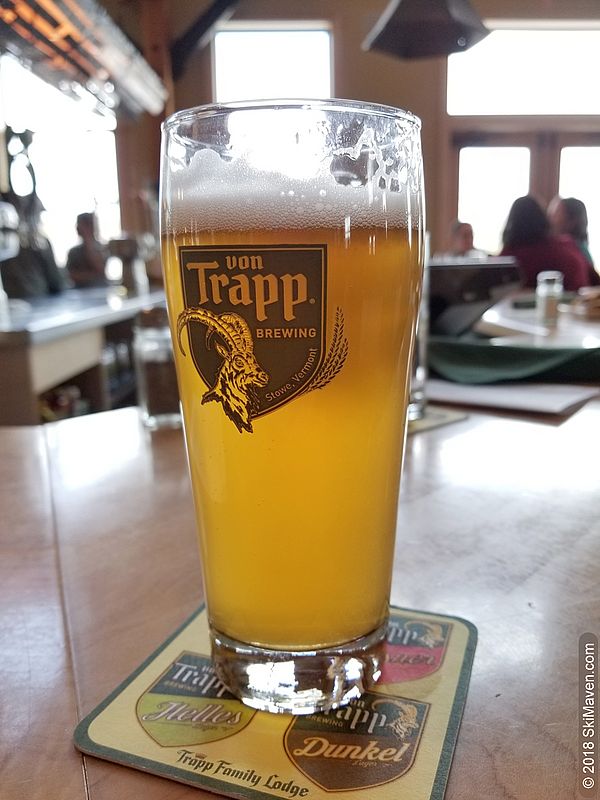 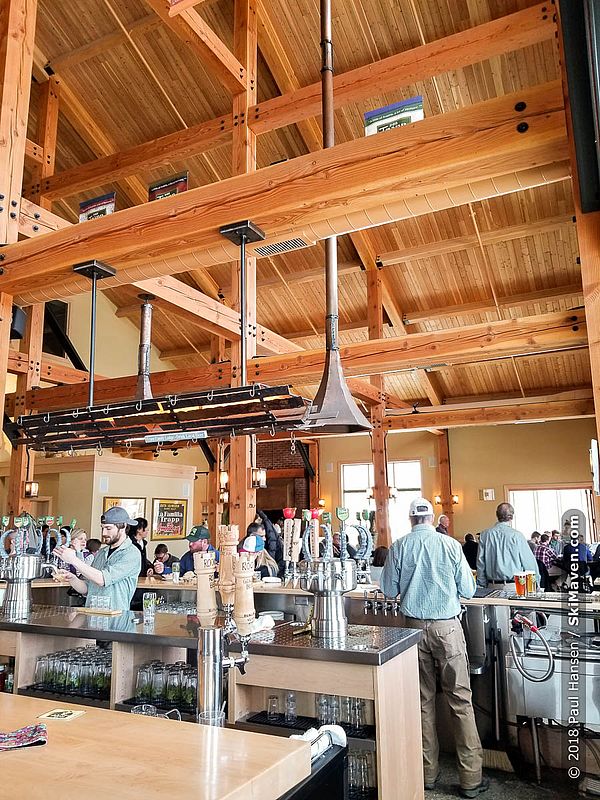 The southern part of Vermont got several inches of new snow on Friday. Up in Stowe, it was more like two inches, but it was enough to make for some very nice groomed cross-country skiing today.

The Skimeister and I took to the trails at Stowe Mountain Resort's cross-country center. Here are a few shots from our ski outing. A little fresh snow plus sun and some grooming makes for a nice day! And the après-ski beer at Trapp Brewery didn't hurt either!