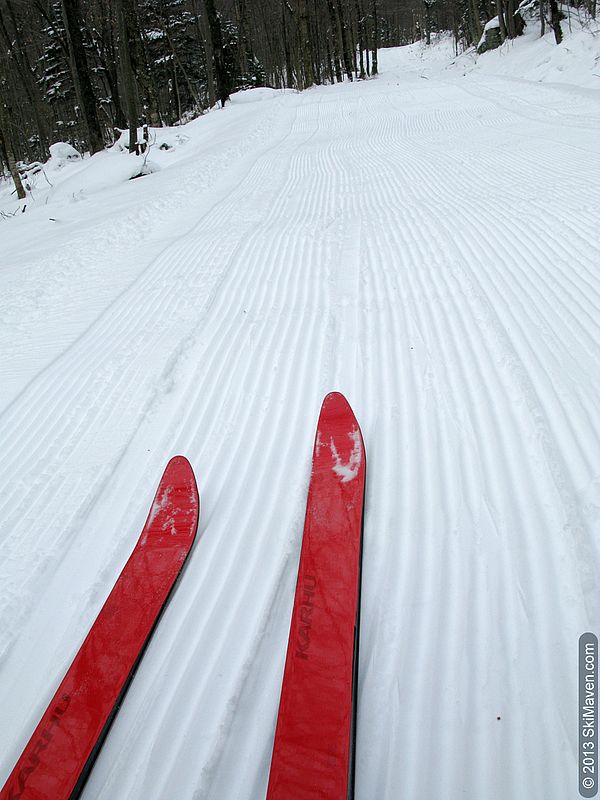 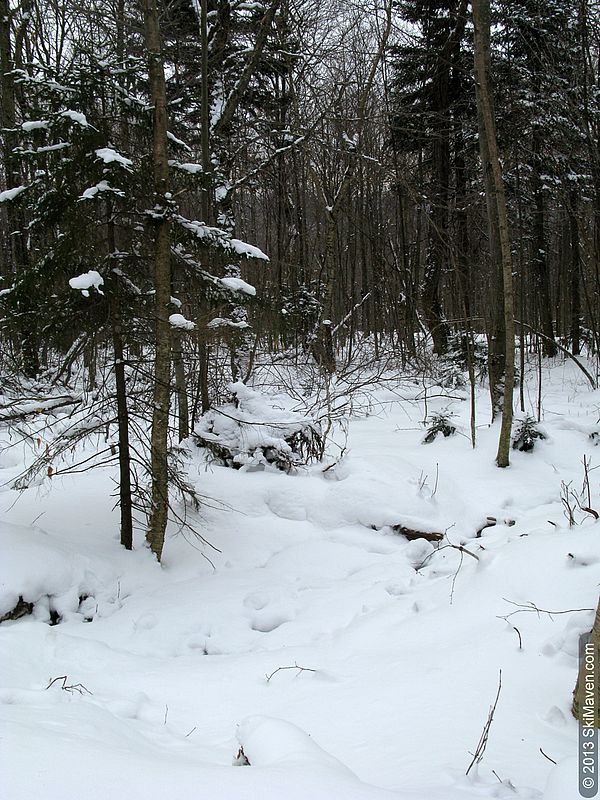 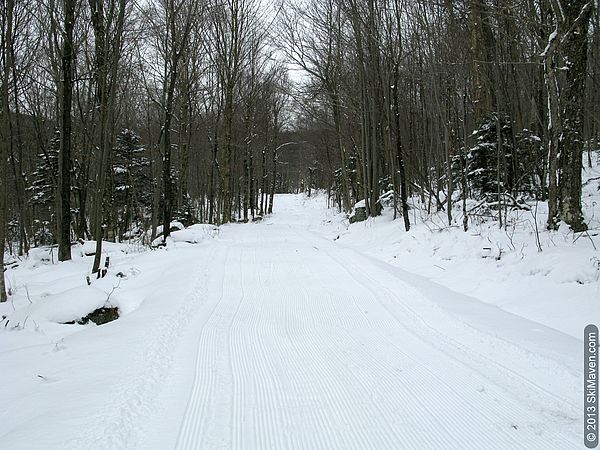 I really needed to get out and exercise today, and with temperatures in the single digits, that meant I was going to do some Nordic skiing so that I would stay warm.

I went to Waterbury, Vt., to do some holiday shopping and to grab a bagel. Then, I was off to Bolton Valley Nordic Center. They had just announced that they were opening today. Stowe/Mt. Mansfield Nordic Center, Grafton Ponds and Prospect Mountain Nordic also opened today.

I knew the conditions would not be prime today so I wore some skinny skis with three-pin bindings that I can ski almost anything with and I put on my warm and light plastic boots. I enjoyed a nice tour that included Maple Loop, Spruce and Broadway, which had all been groomed. I often skied at the edge of the trail in the fresh, light snow. I had to do this for another reason sometimes: to avoid leaves and dirt and such that the groomer had uncovered.

This loop brings you out into the woods away from the sounds of snowmaking and traffic. I stopped a few times to listen and once was rewarded by watching a little woodpecker at work on a tree. Another nice thing about this loop is that I didn't have any water bars to cross. They had done some grading and culvert work on some trails this summer and I could tell the difference! (<link http: vtdigger.org bolton-nordic-trail-improvements-underway external-link-new-window external link in new>Here's a news article about the work.) I later tromped up the lower Bryant trail and World Cup to enjoy fluffy, ungroomed snow.

Tomorrow, with any luck, this and other ski areas will be covered in a fresh, white blanket of snow. Forecasts call for 8 to 14 inches of snow to fall in the mountains of Vermont! What a wonderful December gift that would be!