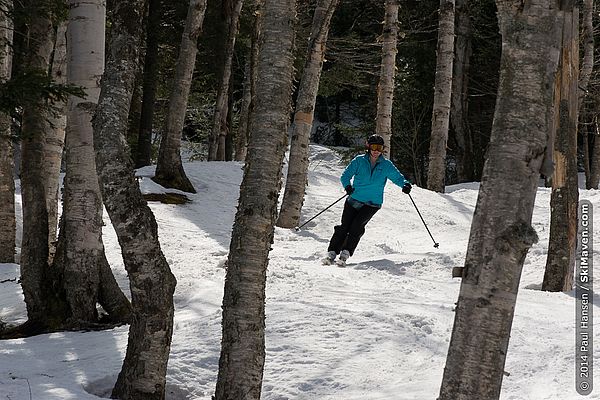 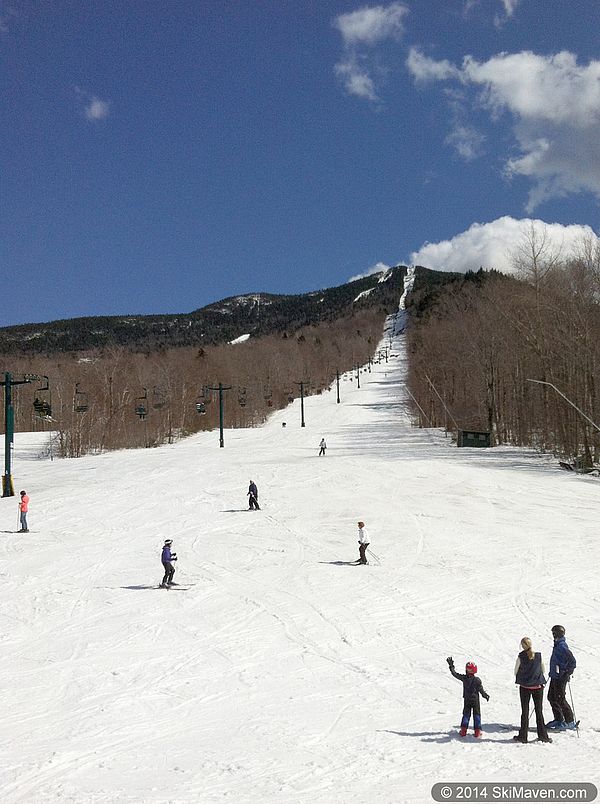 Looking up the Madonna I lift line toward blue skies. 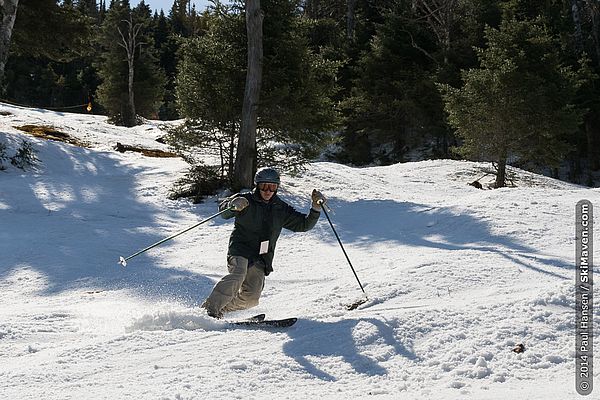 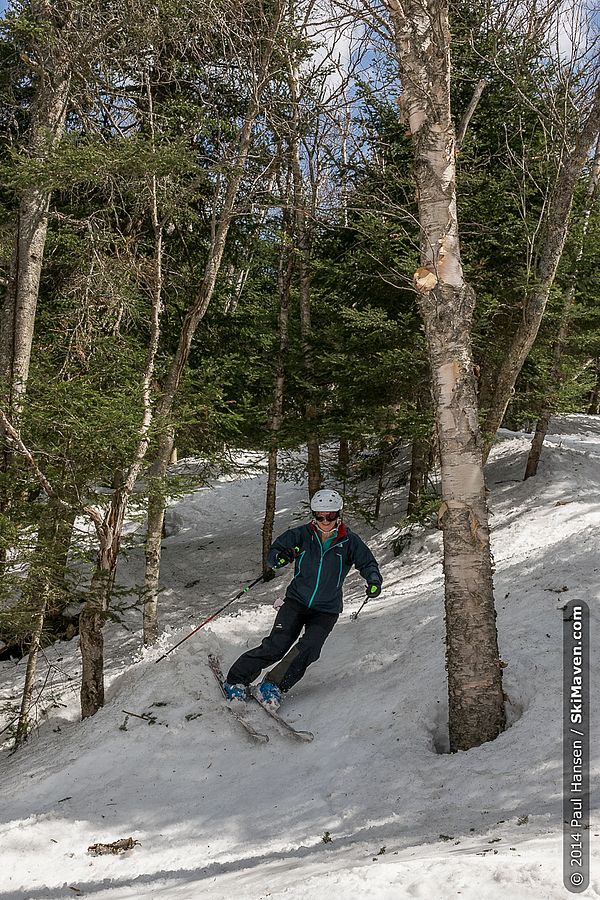 Shakin' a leg in Shakedown glades. 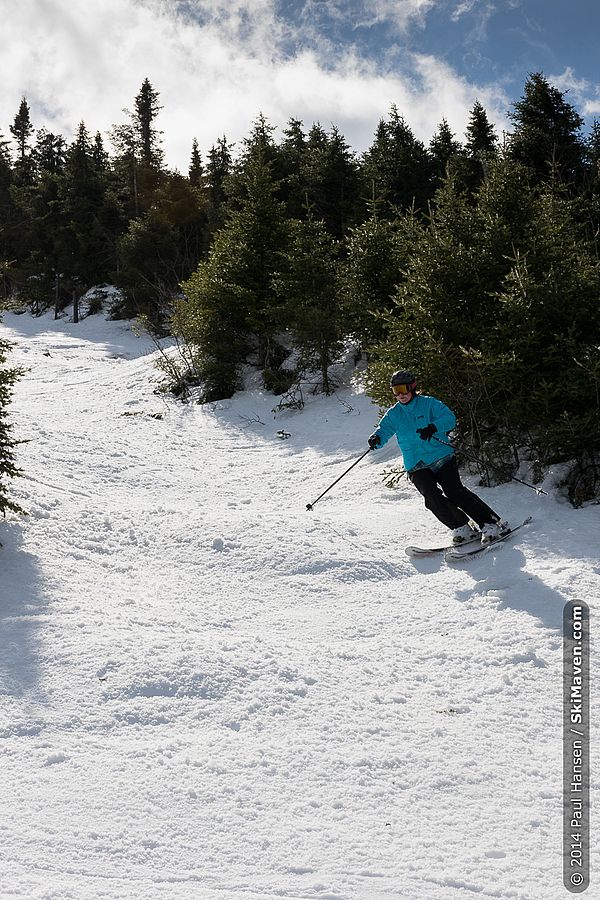 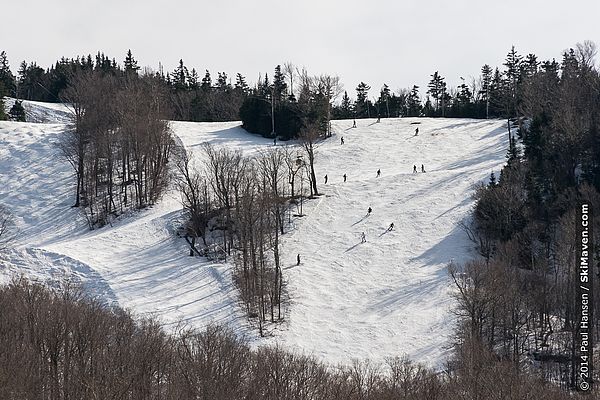 Wow — what a fun time on the hill today! The Skimeister and I teamed up with two other skiing-afflicted friends and had a blast in the corn snow at Smugglers’ Notch.

Clearly most people have been turning their attention away from skiing now because of the warmer temperatures in town and the melting of snow on their lawns, but they missed out today. There's quite a deep base of snow and very few people skiing on it!

We did not rush to the mountain this morning; we thought time was needed to soften things up. By the time we got off the Madonna I chair at the top of the peak at 10:30 a.m., the snow was already super-springy!

Here are a few highlights from today at Smuggs: