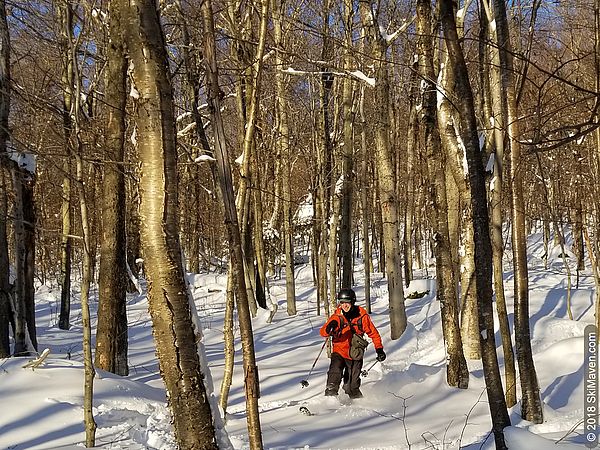 Enjoying the snow on Friday afternoon in Bolton, Vermont. 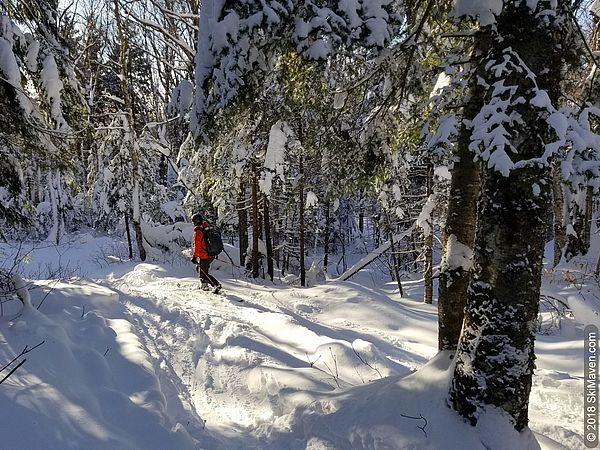 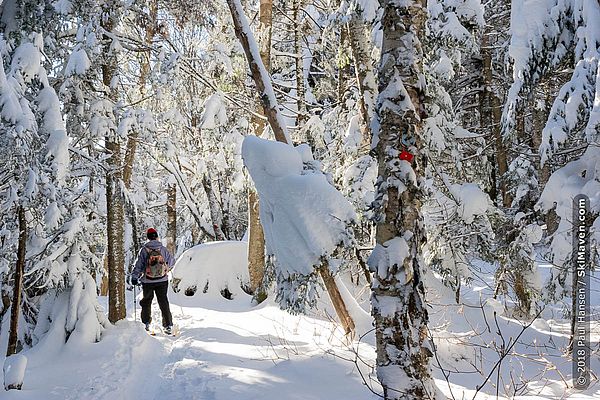 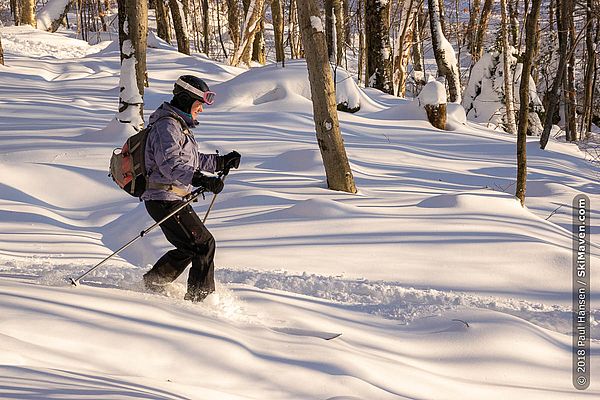 We re-confirmed this fact today: There is a lot of snow at higher elevations in northern Vermont!

The Skimeister and I enjoyed a ski tour in the Bolton Valley backcountry trail network. The scene was more like February than November! The snow was plentiful and the sky was blue. The temperature was also under 20 degrees, so that added to the mid-winter vibe.

We passed small trees that were bending over in the weight of snow. We skinned in a rather deep skin track. And we descended in thick powder that was very cold and very dry. The squeaky snow made for slow speeds. But that came in handy when we had to carefully negotiate water bars or partially frozen streams.

It is hard to believe all the snow that's available in higher elevations on Thanksgiving weekend. What a great start to the ski season!

Have you gotten out in the snow yet this season???