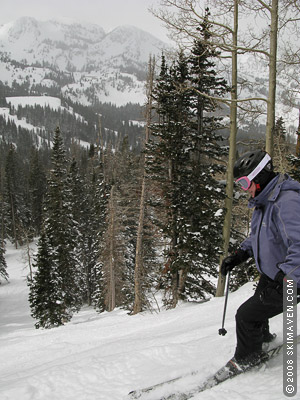 Exploring all that Brighton ski resort in Utah has to offer 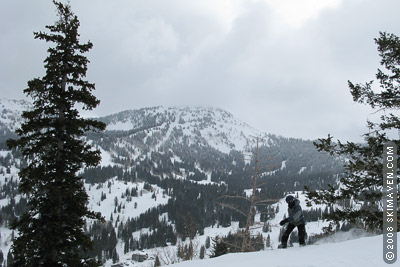 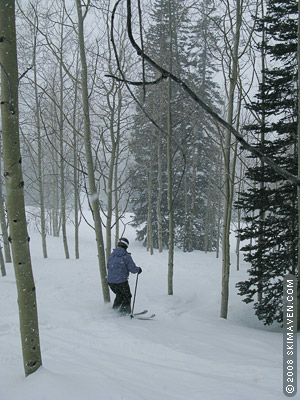 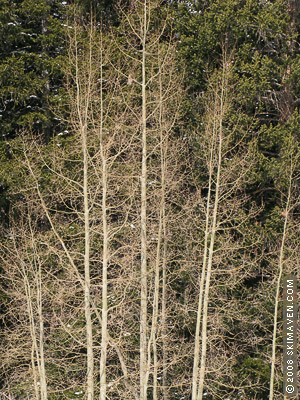 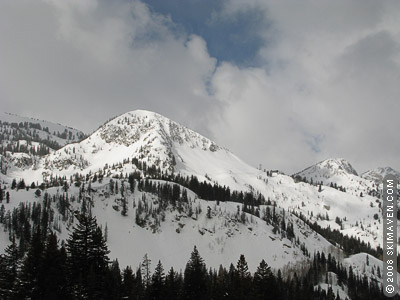 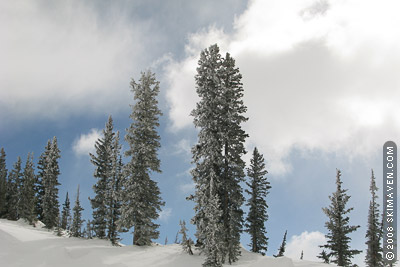 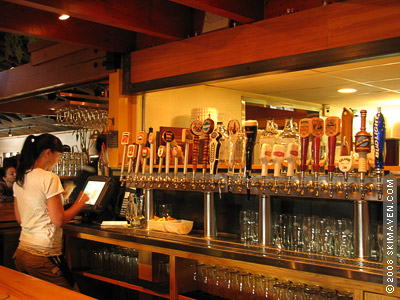 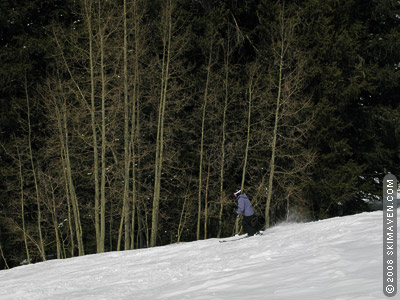 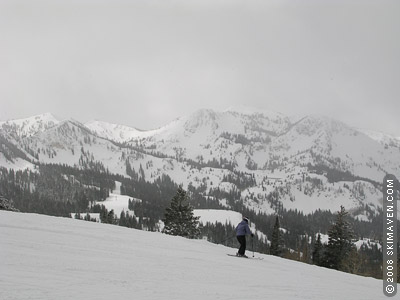 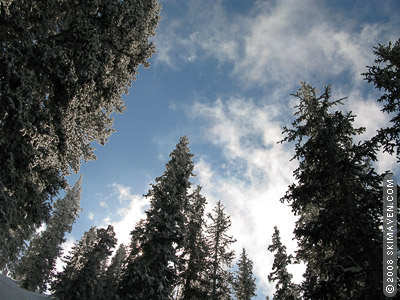 Today we spent the day exploring Brighton ski resort in Utah. We were skiing on a little bit of fresh snow from the day and night before, and a whole lot of base from an above-average season for Utah ski resorts.

The weather threw a little sun our way, in between clouds and snow squalls. The Skimeister and I took the opportunity to first check out the new Milly Express lift on the south side of the resort, and we ended up skiing off of every lift except for the bunny slope.

Mt. Millicent serves up some steeps, including Scree Slope, Lone Pine and Devil's Dip. Scree Slope took me by surprise when I traversed over from the lift and then could not see what was below me because of the steep angle of the slope. But a few more cautious turns showed me that there were no rocks below, just a steep bowl area where I could do wide turns. Crisis averted!

Later in the morning we explored the left-over powder on the edges of the Brighton resort. From the Milly Lift you can access a crossover trail to Solitude resort next door. But there was more to explore so we had an early lunch break and headed to the Great Western Express (10,500' elevation), where we found some powder stashes in the trees off of Wrangler and Golden Needle. There were a mix of aspens and lodgepole pine trees here and they were fun to swoop around.

The bottom of the Great Western trails are rather flat run-outs so we decided to jump on the Snake Creek Express from the mid-mountain to the top of Preston Peak. I enjoyed a run in the steep trees of Sawbuck before zipping over to Crest Express—there are four high-speed quads at Brighton—for our last runs of the day. I found fun, mellow trees sprinkled all over this area. You just have to watch out that you don't get suckered into flat areas where you have to push or walk your way out! I had fun when I popped in the woods near Tantamount.

We had a nice mix of terrain and weather today. We took the 15-mile bus trip down to the park and ride at the bottom of Big Cottonwood Canyon. There is very little development on this access road and we saw a moose sitting near the river and two mountain goats as we rode on the bus. Very cool.

Aprés-ski was spent at The Porcupine, which is on Fort Union Blvd. just at the bottom of the canyon. They have great food (awesome nachos) and more than 20 beers on tap. We may have to go back again!