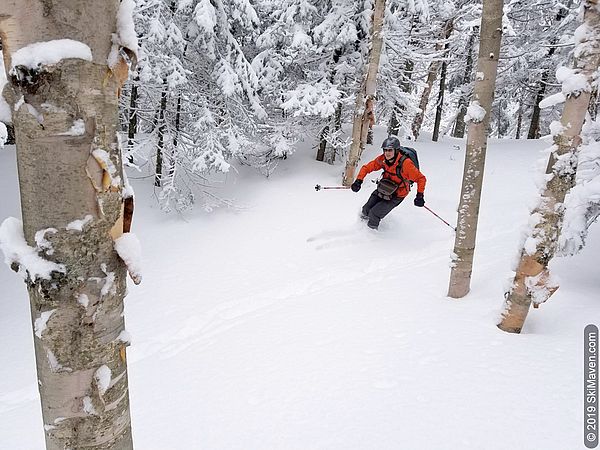 Skiing in the backcountry trails in Bolton, Vermont. 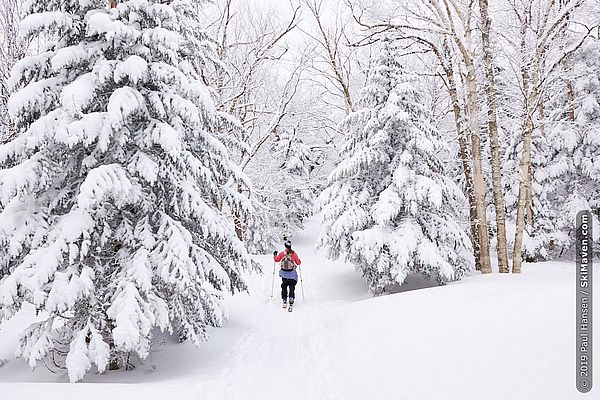 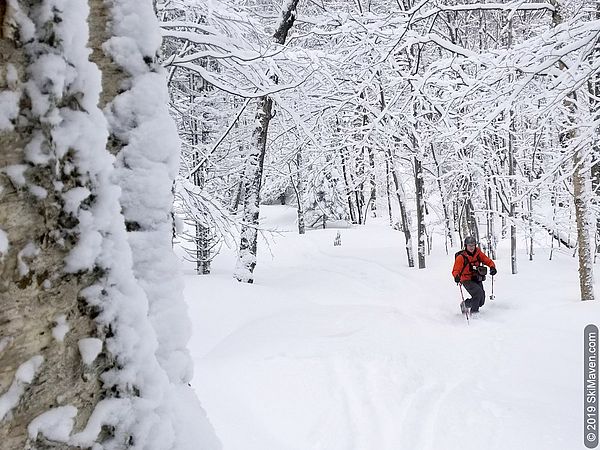 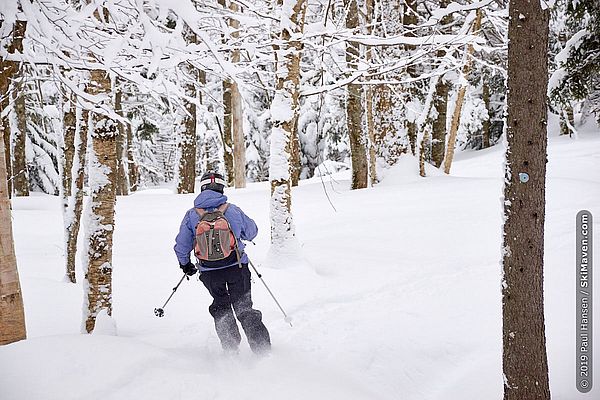 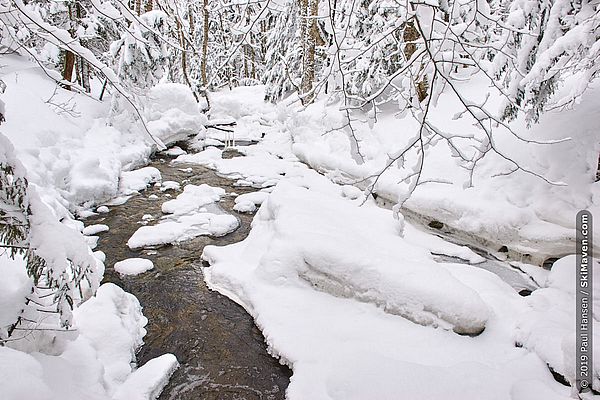 This past week's weather was weird in northern Vermont. We had a copious amount of snow fall last weekend, followed by frigid temperatures. (It was so cold and windy that we didn't ski on the Monday holiday out of fear of getting frostbite.)

Then we all took a weather roller coaster ride into the 40s and 50s. With lots of rain. Yes, sometimes Old Man Winter is cruel.

So this morning when we headed out to ski in the woods, we weren't really sure what we would find. We put our skins on our skis and ascended into the Bolton backcountry trails. It looked gorgeous with new, light snow on all the trees. About 4 - 6 inches had fallen in the last 24 hours.

Our plan to cross Joiner Brook via the Cliff Hanger trail was stymied. The brook was no longer snow-covered due to a lot of water rushing down the river earlier in the week. Even if you took off your skis and hopped rock to rock to avoid the water, you were going to have a hell of a time scaling the deep, frozen snow walls beside the river. We weren't going to cross.

We went up higher into the trail network to about 2,800 feet. The light, new snow was a blanket over a breakable crust. We decided that low-angled terrain would work best because we wouldn't have to punch through the challenging crust.

We made the right decision. We enjoyed mellow turns through the trees in powdery snow. I mostly did parallel turns on my telemark skis to stay on top of the crust.

We encountered more spots that were reshaped by this weeks water, but we were able to get around them. We had to watch for surprise dips in the trail that weren't there a week ago. My final turns on the Tele Practice Slope were very nice.

Thank goodness for the recent snow! Now let's pray for some more to get us back to where we were!