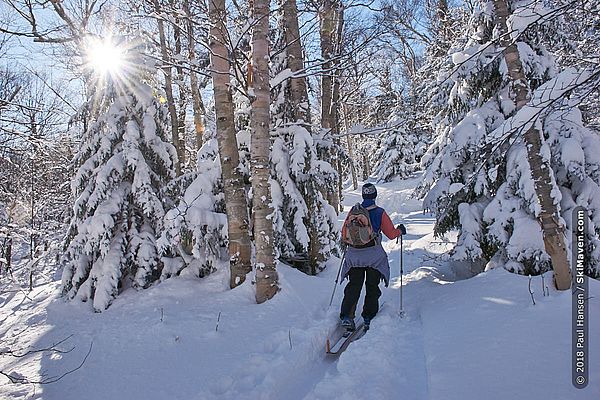 Cold, fluffy fun in the woods in Stowe, Vermont, today. 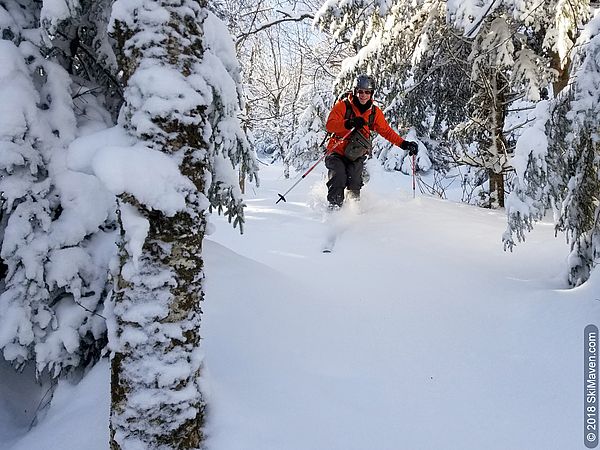 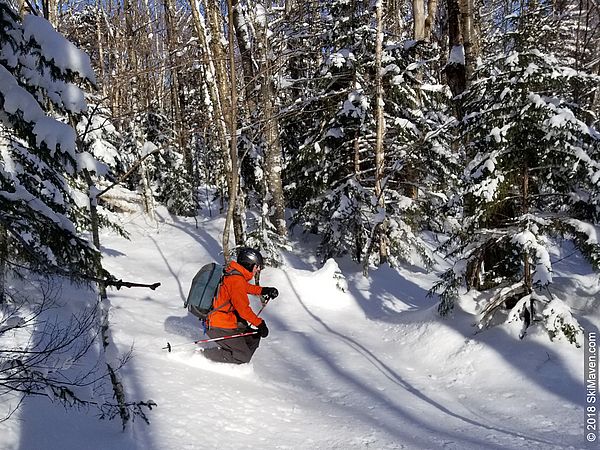 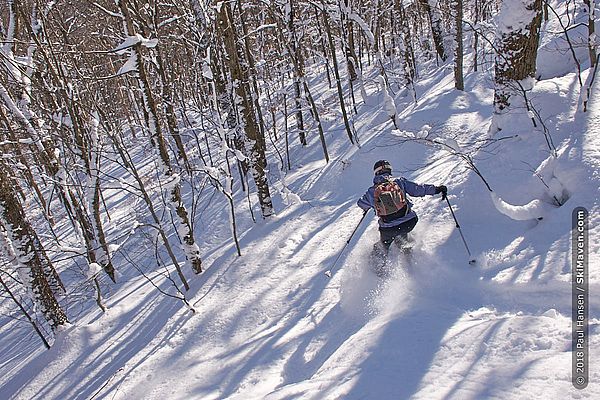 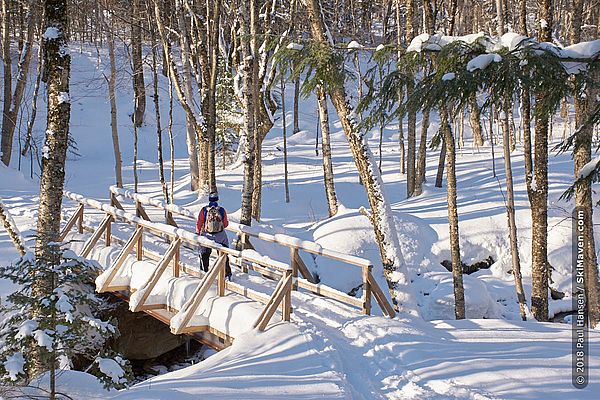 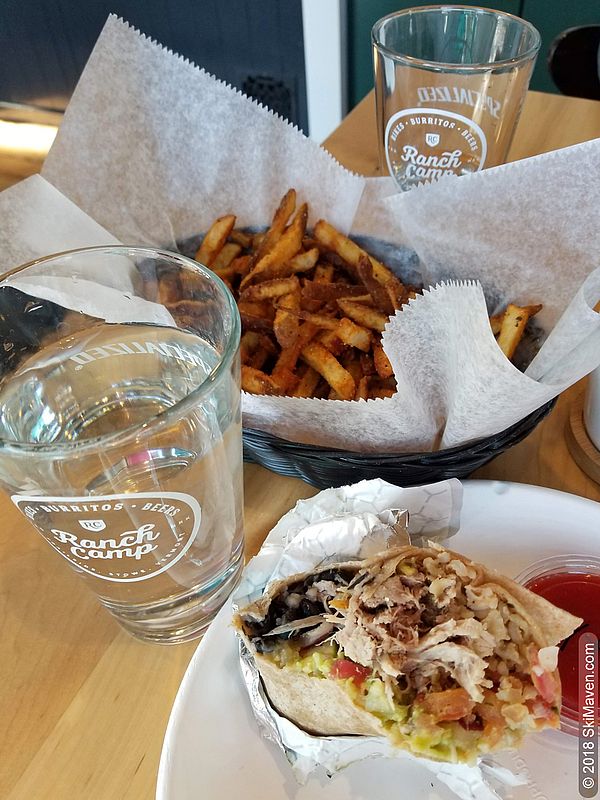 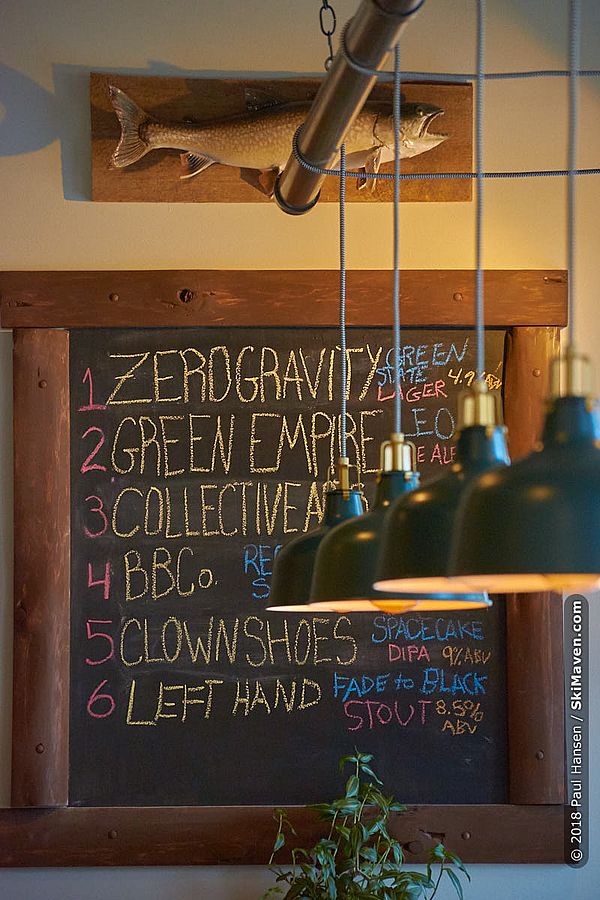 We didn’t see many people on our ski tour this morning. Probably because it was darn cold!

We started our ski tour in the bright sun but in temperatures around 0 degrees Fahrenheit. The new snow that had fallen over the past couple of days in Stowe was light and fluffy. We went to explore the trails and trees in Stowe’s Sterling Forest.

We skinned uphill and only stopped once —briefly — for water and a handful of peanuts. It was too cold to dally. We would descend in snow that was eight inches of fluff at our highest elevation, and a bit less down below. Underneath was a solid base of snow that had frozen up last week.

We swooshed through terrific, light powdery snow. I had so much fun making both parallel turns and telemark turns in it!

We bushwhacked a bit. We followed our noses and headed where the trees and brush allowed us.

We were out of the woods by noon and since we were in Stowe, we just had to do some après ski. I recalled hearing about a new place to eat so we headed there to check it out.

On the Mountain Road — or more precisely above it — sits Ranch Camp. It shares its name with a historic lumber camp that was near the current Mt. Mansfield cross-country ski center. This Ranch Camp, however, is close to the village and it’s a bike shop, bar and restaurant. You order at a counter or at the bar. We shared a tasty burrito and some of the best fries we’ve had in a long time. They were seasoned and addictive.

We passed on the beers today since it was only lunchtime, but saw that they had a lot of Vermont brews to choose from. This included six beers on tap. I have a feeling we’ll be back to try out more of their offerings!