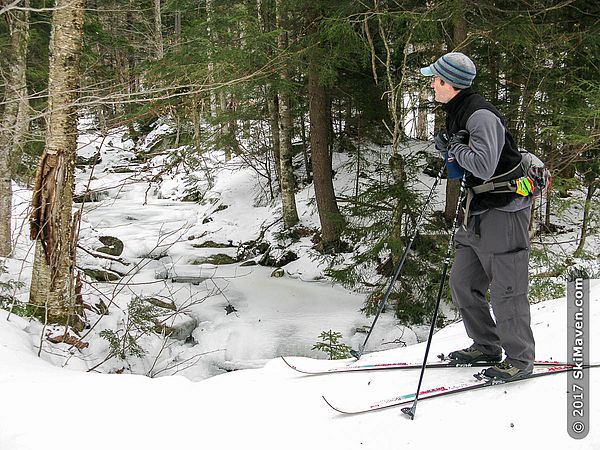 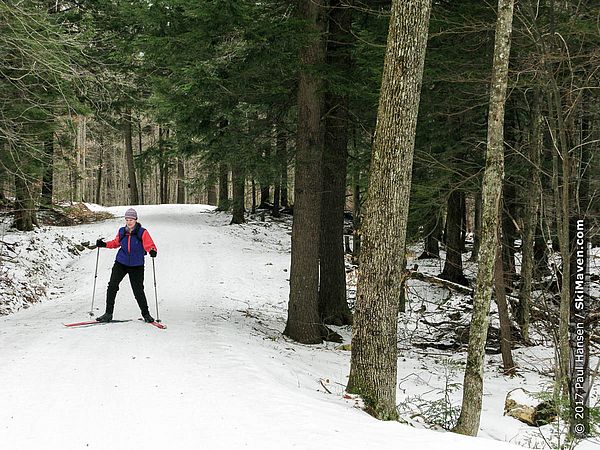 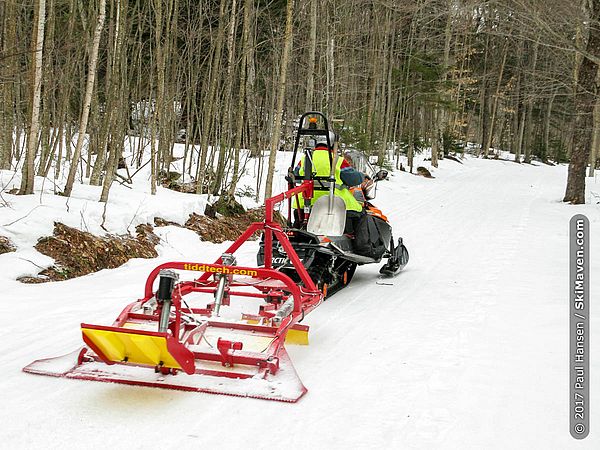 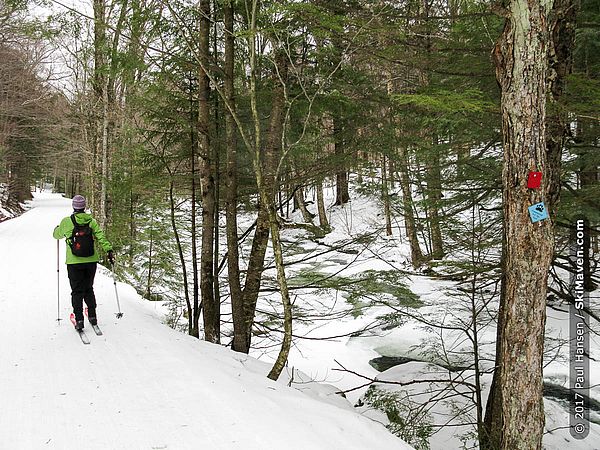 So things were very “firm” this morning on the cross-country ski trails of northern Vermont. We had some mixed precipitation last night and by morning it had frozen up. However, rain was in the forecast for the afternoon so the Skimeister and I hit the frozen trails early anyways. We used our metal-edged, light backcountry skis, and we were glad we did!

The man who grooms the trails at Mt. Mansfield / Stowe Mountain Cross-Country Center was making laps when before we arrived. He came back to the center to find heavier equipment to scrape up the hard-packed snow and ice. During our morning ski we followed his tracks and met him on the trail a few times. He was a busy guy with a lot of grooming to do to make the surface skiable.

Our approach to the main ski loop was quite icy. I needed sharper poles to get traction! But things got better when we reached Timberlane and then Old Bear Run and Burt. Traction was still an issue on the uphills. We did a lot of herringbones today. And the downhills were lightning-fast! I stretched my snowplow as wide as it would go to keep the speed down on the long downhill on the Burt Trail.

It was like skiing on shaved ice when we were on the narrow sections of snow that had been groomed. (Remember those frozen treats?) It was a plain-flavor shaved ice unless you were near evergreen trees, and then the shaved ice would take on the “flavor” of cedar.

The deepest and best snow was found on the shady section of the lower Burt Trail, which follows the scenic Ranch Brook. This area has a slight downhill so it was fun to coast on the fast snow — without much poling — and take in the beauty of the half-frozen brook.

The snow was far from perfect this morning but we were pleased to be able to ski in the woods of Stowe this morning before the rain. You've got to ski it while you can, right?!?