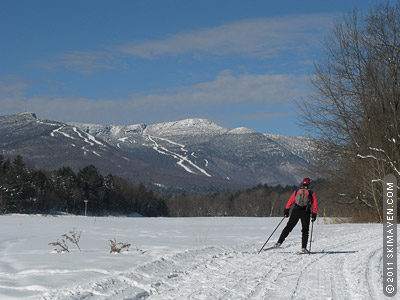 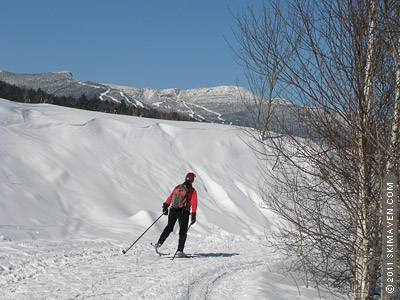 The Stowe recreation path is being groomed this season. 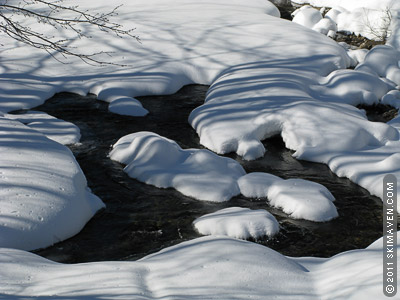 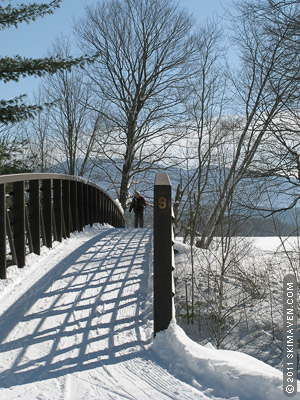 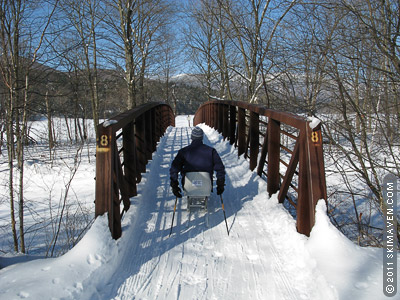 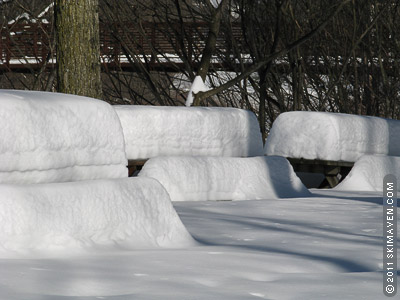 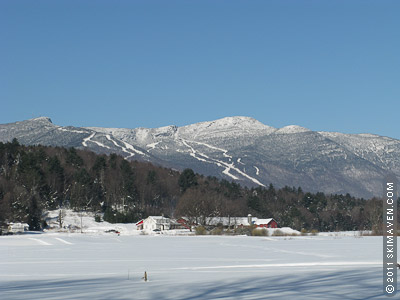 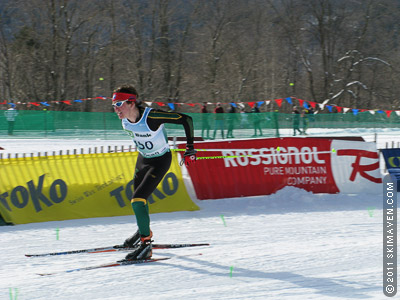 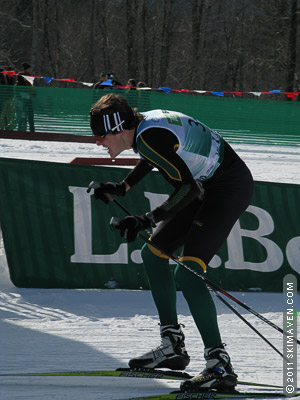 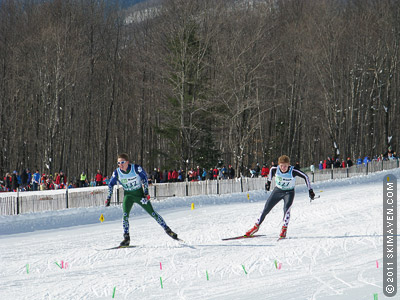 What a fun, interesting weekend. It included skiing on the groomed Stowe recreation path in the sunshine, watching collegiate ski racers, enjoying apres ski in Stowe, experiencing a wild winter storm with "thundersnow," and trying my hand at raking a roof. I'm pooped.

Saturday's brilliant, blue-sky morning was perfect for cross-country skiing on the Stowe recreation path for the first time. This year a group of skiers has organized consistent grooming of this free path. What a nice benefit for locals and tourists alike!

We selected this mellow, scenic path so that the Skimeister could use a cross-country sit ski. It allows him to get out on the trail while his knee mends from surgery. (Special thanks to Northeast Disabled Athletic Association for making sit skis and other equipment available to athletes!)

It was such a gorgeous morning! The grooming was pretty good — it offered classic tracks and groomed snow for skating — but you have to remember that this is a recreation path. There were lots of footprints, snowshoe prints, and dog prints. It's not a manicured experience, but hey, it's free!

The northern half of the recreation path follows a river much of the time and crosses several bridges. In a few places you have sweeping views of Mt. Mansfield. It's pretty.

After we skied, we headed up to Trapp Family Lodge to watch some nordic ski racing. The UVM Winter Carnival was in full swing. We watched some of the men's 10k freestyle race and witnessed Scott Patterson of UVM cross the finish with the winning time.

The University of Vermont ski team won its own winter carnival for the first time since 2006, and its third straight on this year's winter carnival circuit. The Catamounts recorded 1,009 points to outpace Dartmouth and UNH, who took second and third.

This team is good. Vermont skiing is currently ranked number one in the country. That will make things extra-fun when the university hosts the NCAA Championships in March.

The Skimeister and I then left Trapps to enjoy some après ski in Stowe before stopping in at a UVM Skiing reception at the Rusty Nail. An impending winter storm roared in like a lion, and we drove home through driving snow on the interstate at about 38 mph.

Later in the evening we were surprised by lightning and thunder claps — thundersnow! The snow that fell was wetter and heavier than our recent storms, and we noted that the snow was really piling up on our little house. It was time to rake some of the snow off. After all, there's more snow in the forecast, which will surely make for more great skiing.