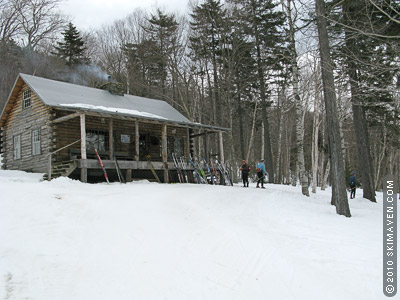 At the Trapp nordic center, the cabin is a popular destination. 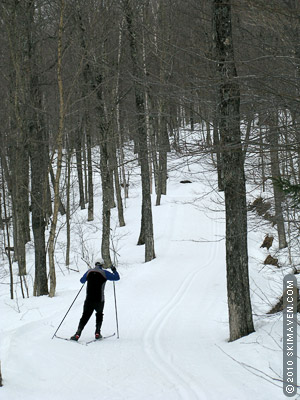 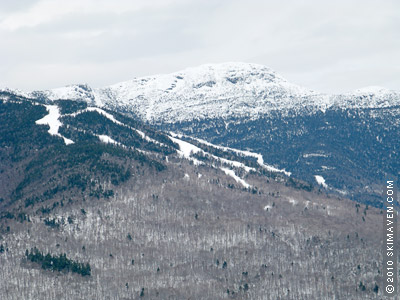 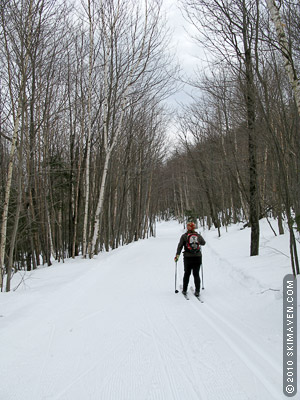 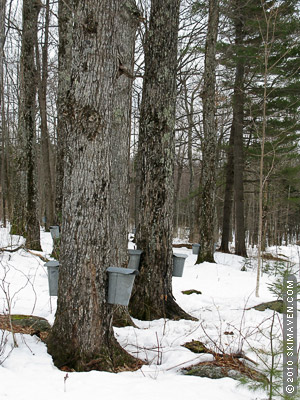 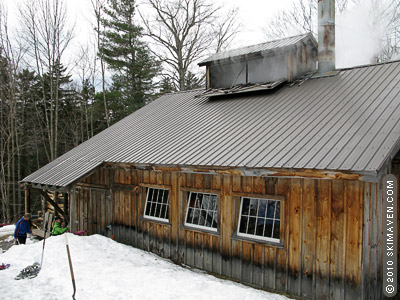 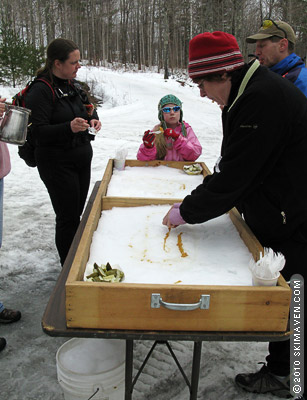 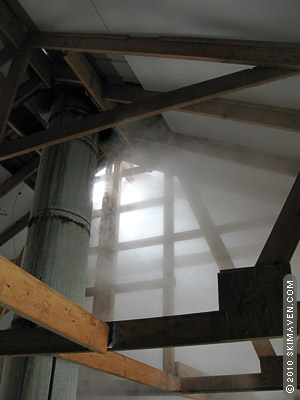 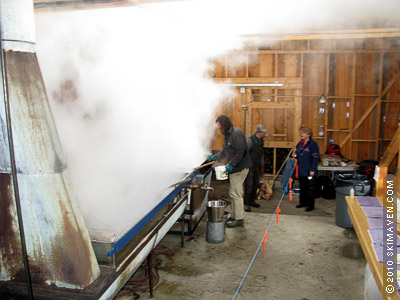 A friend and I took quite the cross-country skiing tour at Trapp Family Lodge today. We skied up to the cabin, around the hill called Roundtop and then down to the maple sugarhouse to see the sugaring in progress.

We arrived when the nordic center opened at 9 a.m. I had seen some blue sky on my drive up Route 100, but by the time I put my boots on, the clouds had moved in. We would see a few minutes of sun later during our outing and luckily not a drop of rain or sleet. I made use of my Catamount Trail Association member coupon book to get half off my trail pass.

Heading out on Sugar Road we could tell that the groomers had been out that morning to churn up any hardpacked snow. The trails were in amazing condition. There's still a lot of snow there.

We climbed the Parizo trails — comprising a one-way trail up, and a one-way trail down — and then headed for the cabin. It seemed to go quickly because we chatted along the way.

The cabin is rustic and it seems to always have a small fire burning inside. A caretaker serves up soups and hot drinks to skiers who welcome a warm break. I had a hot cider. Very tasty. And if you drink too much, there's an outhouse nearby.

Next, we headed out on the Haul Road which contours around Roundtop hill and then descends toward the nordic center and lodge. It's a 7km run. You start with a fun, steady downhill run. I had fun getting in a tuck in the perfect tracks and feeling the wind in my face.

We took the enjoyable Hare Line trail which requires more climbing, but rewards you with ups and downs and a great view of Mt. Mansfield and Smugglers' Notch. After another zippy downhill stretch, we reconnected with the Haul Road.

If you like to practice your parallel turns or you do strong snowplow turns, you'll enjoy The Chute section of this trail. It really is like a chute. If this doesn't sound like your cup of tea, just take the Bypass.

The Haul Road continues its slow descent past some homes, a dirt road crossing, a tiny family cemetery and then some of the new Trapp villas. Cruising up past some apple trees and then into the backyard of the lodge, we soon returned to the field by the nordic center.

Instead of packing it in, we continued our ski to the Trapp sugarhouse. We had heard that they were collecting maple sap and boiling it. Sure enough, after the short ski through the woods, we saw steam bellowing from the large sugarhouse.

Fancy had less bacteria than grade A, and much less than the dark grade B. After explaining this to us, the staff member assured us that the bacteria is killed during the intense boiling process. I prefer the darker grades because they have the strongest maple flavor.

Outside another staff member had set up some sugar-on-snow She poured hot maple syrup over fresh snow and it hardened up a bit like chewy caramel. You'd eat a piece of the sticky candy and chase it with a piece of a pickle. Yes, it sounds strange, but it's good.

Down at this lower elevation, the snow had softened up quite a bit compared to the Hair Line trail and upper Haul Road. We headed back to the nordic center and called it a day. We had skied about 14km (around 8 miles) and I felt like I had a good workout on a very comfortable spring day. Sweet, indeed.