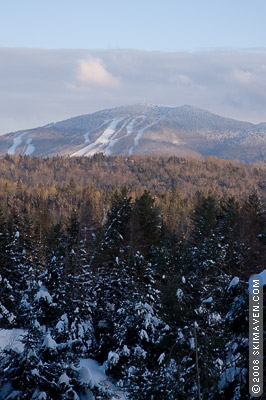 It’s time for county fairs, back-to-school sales, and now season pass deal deadlines! Some Vermont ski resorts have early-bird deals on season passes and often the deadlines roll through the fall – with the best deals for those willing to make their investment early on. Nowadays, online purchasing allows you to get the pass you want without driving to the resort under a deadline!

At Burke Mountain ski resort, for example, making a season pass purchase before September 1 nets you the best deal. At Smugglers’ Notch, buying by Labor Day, September 5, gets the best pricing for bash badges and passes.

At Stratton ski resort, October 10 is the deadline for the best season pass deals. Magic Mountain also selected October 10 for its early-bird deadline. 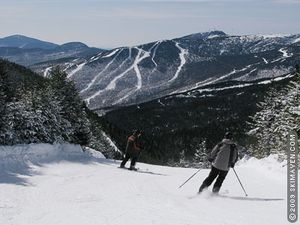 College students get the best season pass deals at most Vermont ski resorts. (Why couldn’t I be a student forever?!?) For college students a consideration is the Triple Major Pass, valid at Bolton Valley, Mad River Glen and Jay Peak ski resorts. Get the best rate by purchasing by September 5 from any of the three resorts.

Now you must remember that season passes are not the only deals out there. Most resorts have frequent skier discount packages of some kind – sometimes in the form of a discount card. So consider how often you’ll ski at the various Vermont ski resorts and crunch some numbers to find the best value for you.

Well, consider this a wake-up call. It’s time to think about where you will ski in Vermont this season!

Photos: Burke Mountain in the Northeast Kingdom of Vermont. Bottom, view of Stowe ski resort from the slopes of Smugglers' Notch.