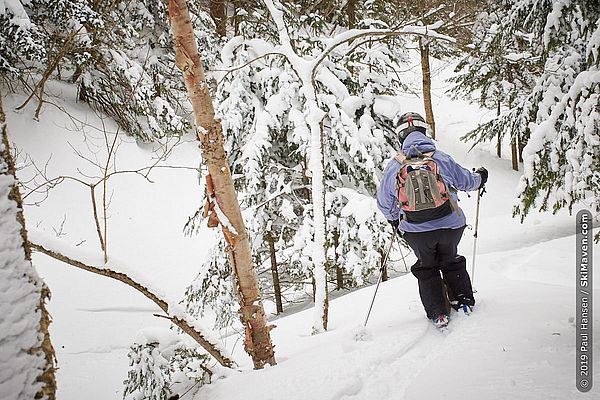 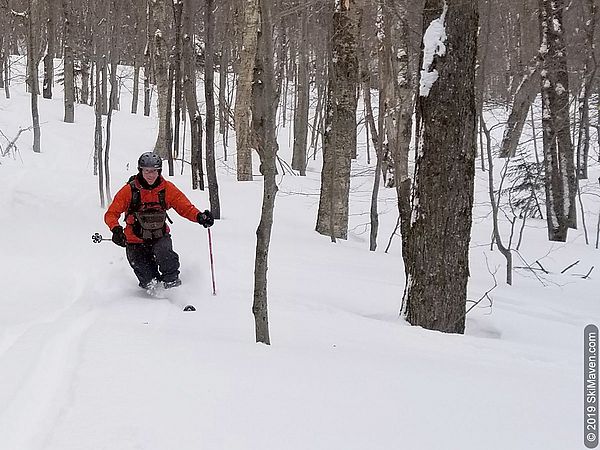 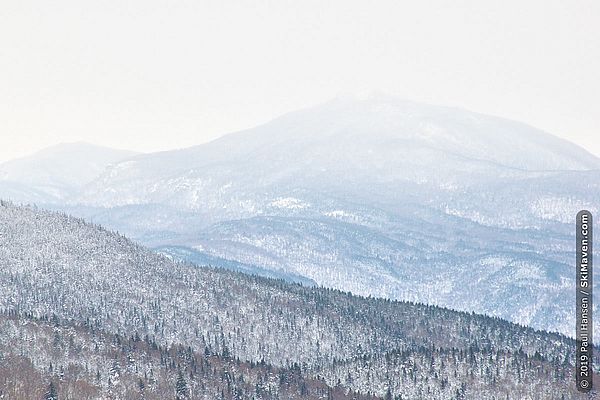 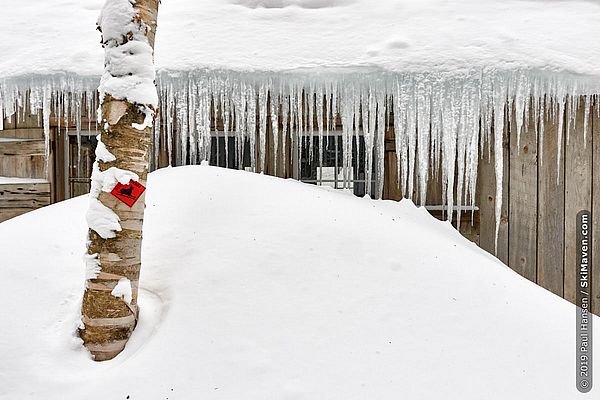 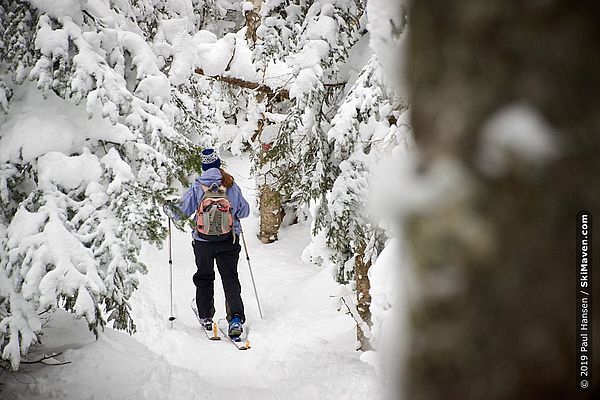 We noticed a change in depth of the snowpack today as compared to a week ago. While doing a backcountry tour we had to duck more often than usual to pass under branches. That's a good sign!

(Have you heard that there were 98 inches of snow at the stake near the top of Mt. Mansfield? It broke a record for January 31.)

Since Wednesday's super-light powder fell, the wind has played with it. The snow is now more consolidated and wind packed, but still great to ski. We also noticed the streams are more filled in with last week's snow.

This morning we climbed up to about 3,000 feet in the Bolton Valley backcountry trail network. We quickly transitioned to downhill mode because it was chilly — probably about 5 degrees and also breezy. We made telemark and parallel turns down through the snow. It wasn't nearly as fluffy as on Wednesday, but it was great skiing!

Are you out in the snow this weekend???