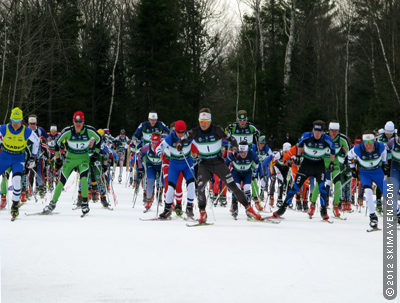 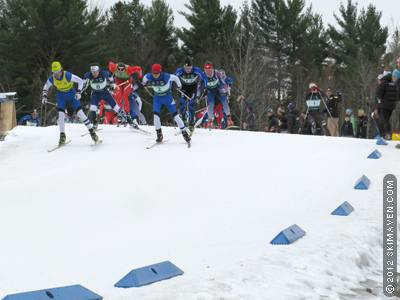 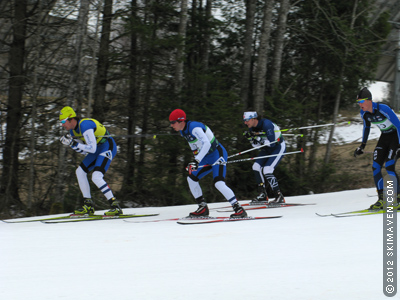 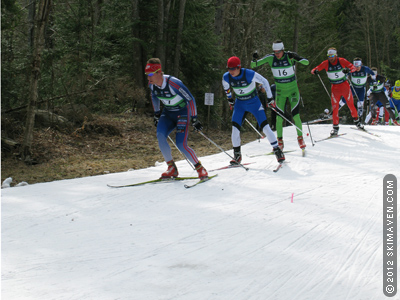 They raced on a ribbon of snow. 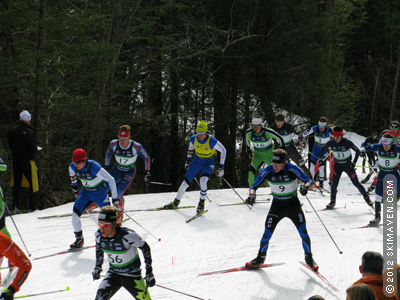 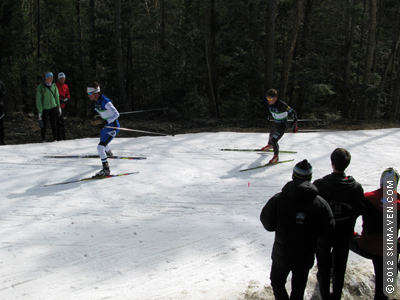 Elliott (left) and Freeman eventually broke from the pack. 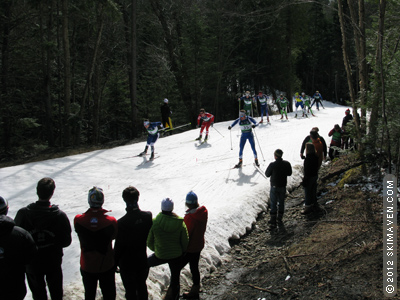 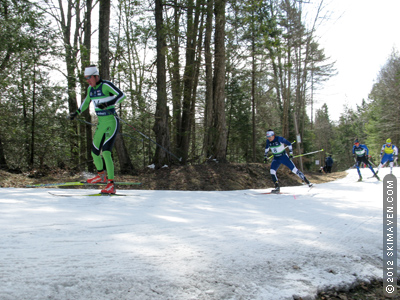 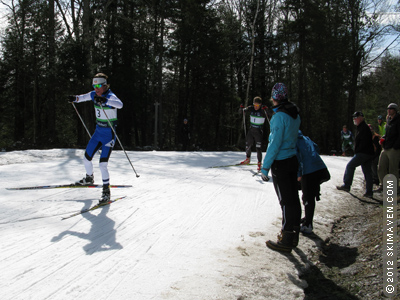 At the start of the final lap, Elliott (left) led Freeman. 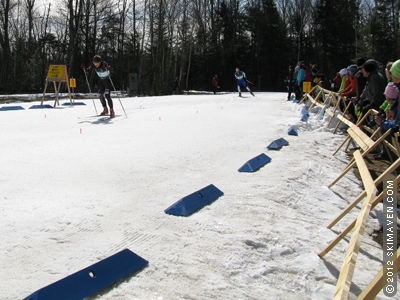 But in the finish, Freeman pulled away for the win. 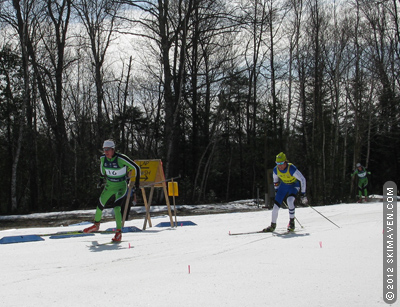 Reynolds (left) and Ellefson sprint for 3rd and 4th. 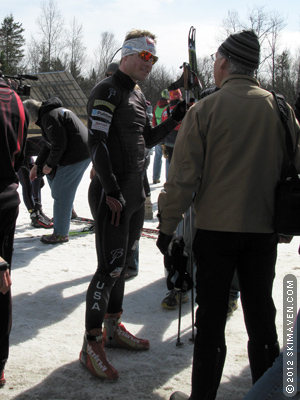 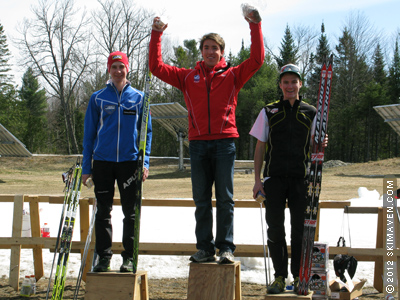 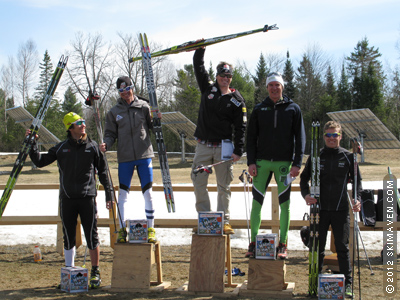 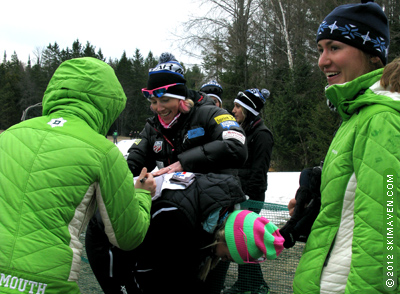 Friday's winner, Kikkan Randall, was in the crowd.

Craftsbury Outdoor Center in northern Vermont has been hosting many of the country's best nordic skiers all week — first with the USSA Super Tour Finals and then with the 30k & 50k National Championships.

The Skimeister and I hit the road early to catch today's men's race. The gun went off at 9 a.m. with 90 racers starting because juniors were also racing in the group, although for a shorter 20k distance.

Craftsbury has been creative this season with snowmaking, snow piling, and snow placement. So despite summer temperatures last week, they were able to hold on to enough snow for a loop course. On this cool morning the ribbon of snow looked great. The men would ski 33 laps on this loop!

Toward the end of the race, Kris Freeman and Tad Elliot broke away from the pack and then duked it out for first place. Freeman had enough gas in the end to floor it to the finish. The next two racers skated side-by-side in the finish area to an extremely close finish. Tim Reynolds beat Sylvan Ellefson by about four inches.

These guys skied for about two hours. It was VERY impressive!

Friday was a sunny day and as I worked I wished I could be at the women's 30k race. But I did get to see Kikkan Randall in the crowd, cheering on the guys. I congratulated her on a stellar season and thanked her for taking time to do social media so that we could follow her travel and racing.