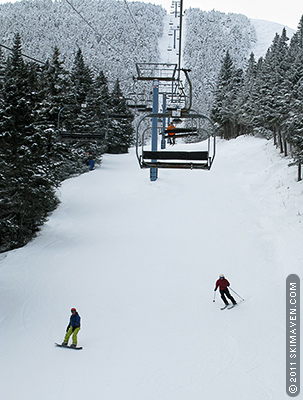 A view from the Summit Quad at Sugarbush's Mt. Ellen. 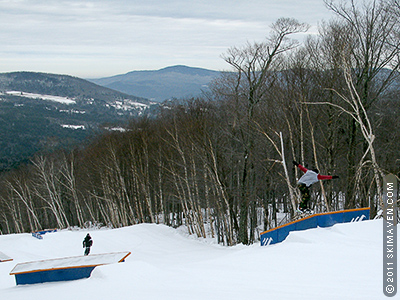 Playing in the park. 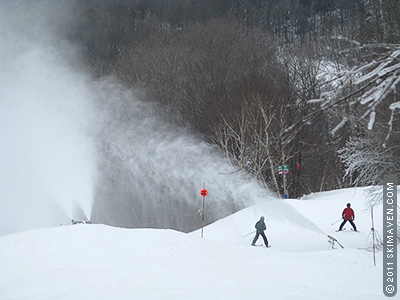 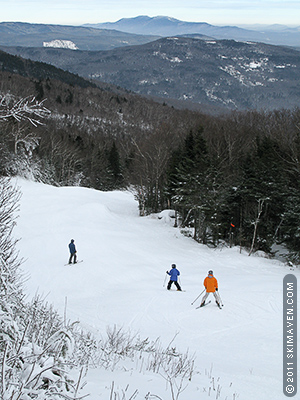 A family on Northstar. 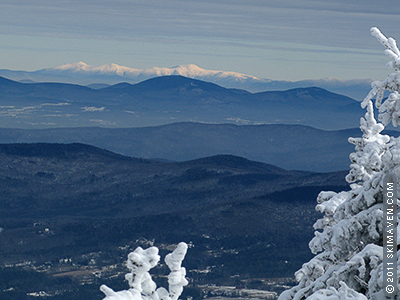 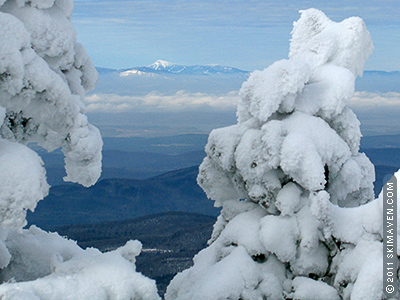 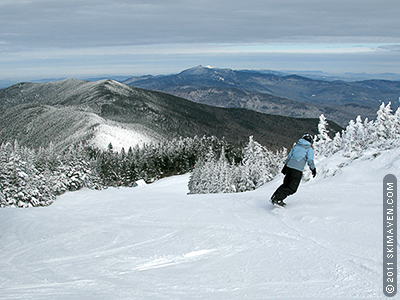 Views of Camel's Hump and Mansfield from upper Rim Run. 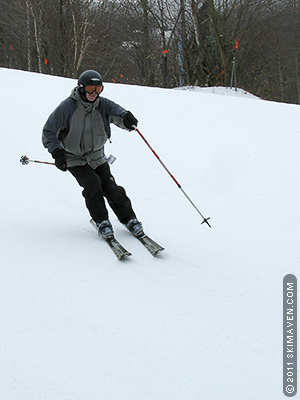 Today was all about fast, cruising ski runs at Sugarbush’s Mount Ellen. I headed over to spend some time on my alpine skis on a cloudy morning turned partly sunny midday.

I zipped down the stiff corduroy snow in the morning and stayed on the snowmaking trails, which had a solid base. At the top of Vermont's highest chairlift (top station is perched at over 4,000 feet), the trees were encrusted in natural snow and the views were great. I saw both of Vermont and New Hampshire’s highest peaks, and I checked out Whiteface Mountain across the lake in New York. There are nice views to be had at Sugarbush.

Check out the photos!

At the ticket booth this morning, skiers were chatting it up about a possible snowstorm for Thursday and Friday. I had been hearing about this possibility for a few days but when I got home the National Weather Service forecast was actually talking about accumulation amounts. We could get 6 inches or so around the spine of the Green Mountains in northern and central Vermont; perhaps less in southern Vermont but it depends how the storm tracks. We'll take it! Of course, it may come with some sleet or a “wintry mix” as well. Either way, we need more snow for the natural snow trails and the backcountry.

My visit to Sugarbush ended with a yummy late-lunch stop at the Mad Taco in Waitsfield. They have taken over some more space since I was last there so now there is some additional modest seating available (picnic tables!). The soft tacos and variety of inventive salsas are delicious!

Zippy skiing followed by a lunch with a lot of zip!