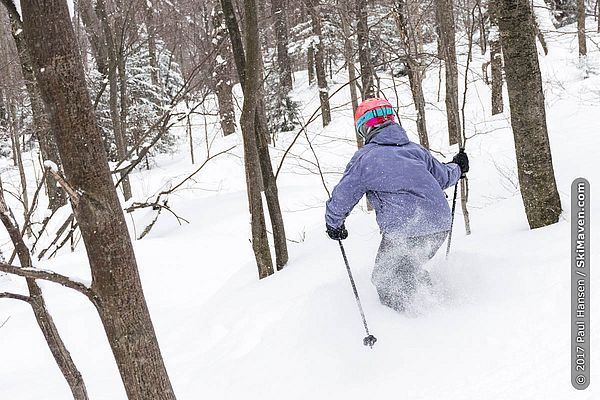 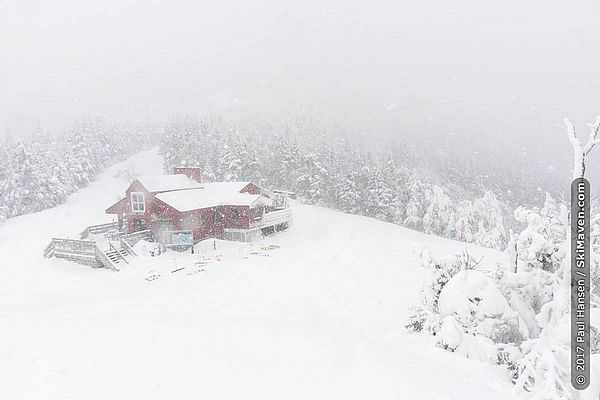 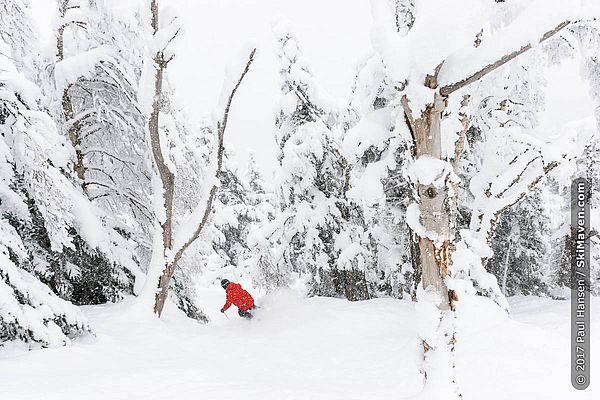 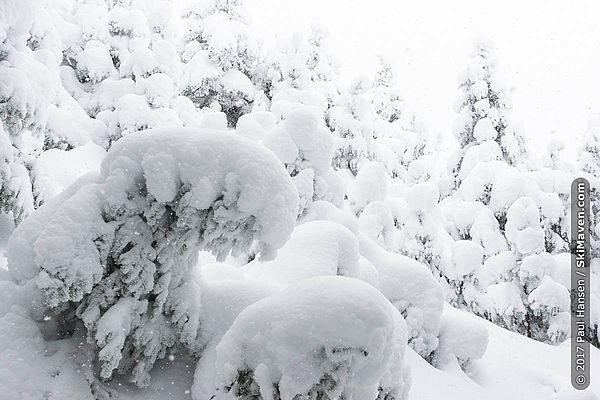 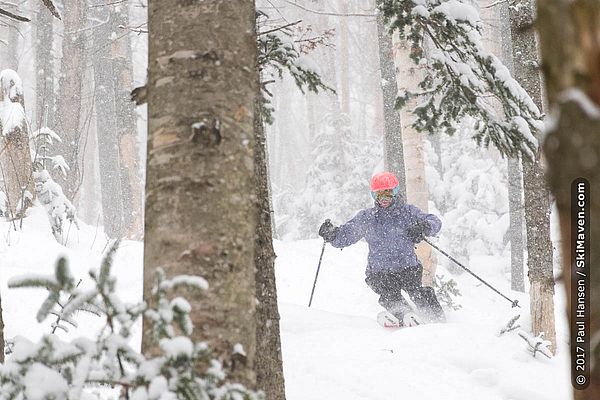 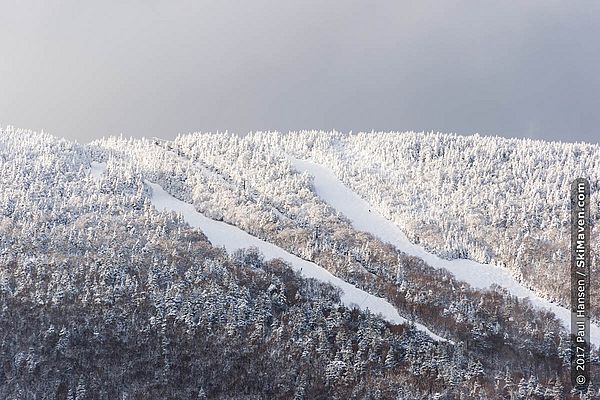 Today featured a bit of serendipity. We had a morning meeting in central Vermont and it was just a half hour away from Sugarbush ski resort. What's a skier to do?

You can bet we hit the lifts at Lincoln Peak this afternoon and boy, we just happened to time it right. It snowed heavily while we were there. On top of three inches that fell last night, the upper mountain gained another five inches of snow over the course of the day. It was fresh, super-light powder. So many people were surprised by the unexpected daytime dumpage.

We mostly skied off the Heaven's Gate triple chair lift. It serves the highest trails at Lincoln Peak (3975 feet in elevation). At the top of the lift we shook off snow that had accumulated on our clothes on the way up! We hit up the woods quite a bit — the Skimeister especially was a woodchuck today. When we found spots that were untracked, they could be up to 15 inches deep.

We enjoyed trees in between trails, and also marked glades such as Lew's Line, Wood Lot, Wild Turkey and Egan's Woods. Lew's Line was challenging because it had huge, hard moguls on it, under the powder.

We also enjoyed powder on the sides of trails such as Organgrinder, Paradise, Jester, Ripcord and Snowball. Bump runs were tough because under the super-light powder were icy bumps. Recent warm temperatures, followed by wintry temperatures, did that for us!

We tried a couple marked glades that advanced-skiing kids would like. Grand Stand is a funky, narrow trail that runs through the woods from Allyn's Lodge to Ripcord — crossing a couple of trails along the way. Witch Hazel featured bridges that you had to use to get across stream beds that are not filled in.

We followed our noses and sought out as much untracked powder as we could find. It was a fun — and surprising — afternoon at Sugarbush!