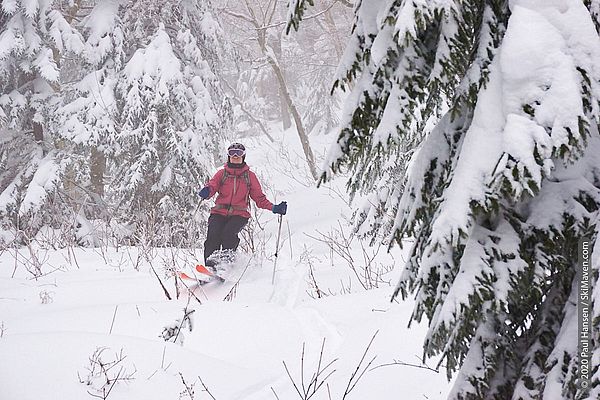 Super-surfy fun in the backcountry in northern Vermont. 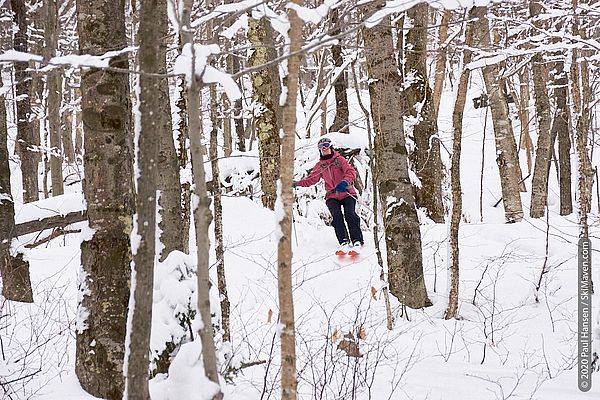 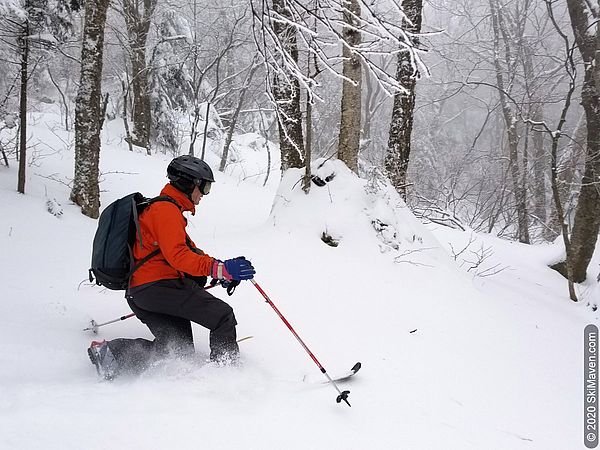 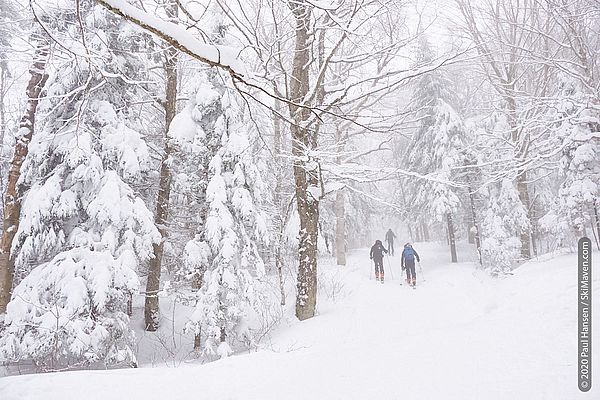 In the backcountry, I've been using telemark gear — the older lift-served variety. It's been challenging and fun, but I've been envious of the light AT gear that people use as they climb past me. And I'm a much better downhill skier than a tele skier. So, as some telemark skiers would say, "I've gone to the darkside!"

And boy the darkside is fun!

I got some light and wide AT (alpine touring) skis, light AT bindings and light AT boots. I lost a bunch of weight ;)

I was much quicker and happier on the climb up to 3,000 feet today. And I had a ball in the dense powder as I skied down through the woods.

The Skimeister and I played in the woods at the Bolton Valley backcountry trail network. We arrived pretty early because we knew the parking lots would fill up with snow-hungry skiers and riders. We started climbing into the moody, foggy woods before 9 a.m.

I had practiced using my new AT bindings in my living room. So it was quite easy to flip the adjustments on my bindings for climbing, and pretty easy to do the switchover to skiing mode at the top of our climb. The brand-new skins, however, are wicked sticky. I will need more practice to get those off my skis and packed quickly.

The brand-new boots gave me two partial blisters on the bone at the back of my heels. Not bad for the first day out on them. And the left side of my left foot felt cramped (that "sixth toe" area). I'll see how things go during my next outings before asking the bootfitter to give me more space there.

The ski area had reported 14 inches of snow over the last week. The coverage is getting better! But you still need to watch for rocks, stumps, etc.

The trees were laden with snow. Some of the hardwood branches had spiky rime on them. It reminded me of barbed wire. So cool.

It was a fun, snowy tour. My new gear was a success! I'm going to like having an AT option for skiing.