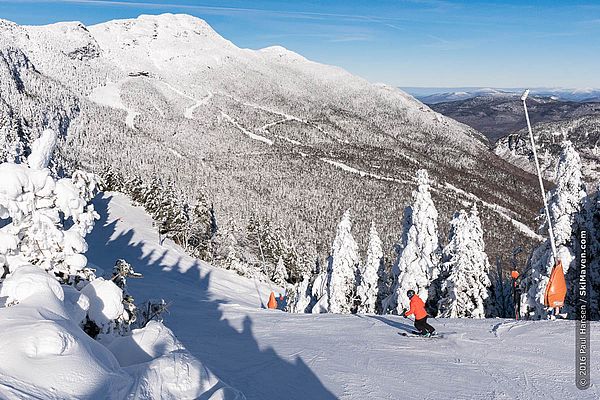 The view from Upper Nosedive at Stowe Mountain Resort. 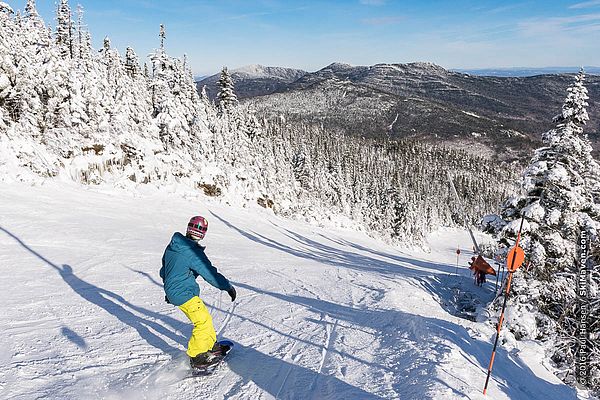 Snowboarding at Stowe on Upper Gondolier. 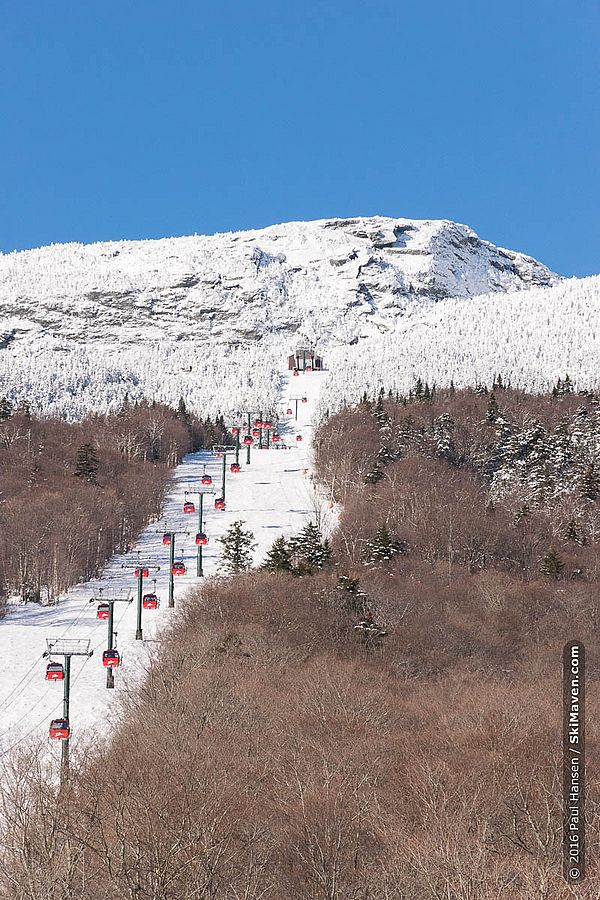 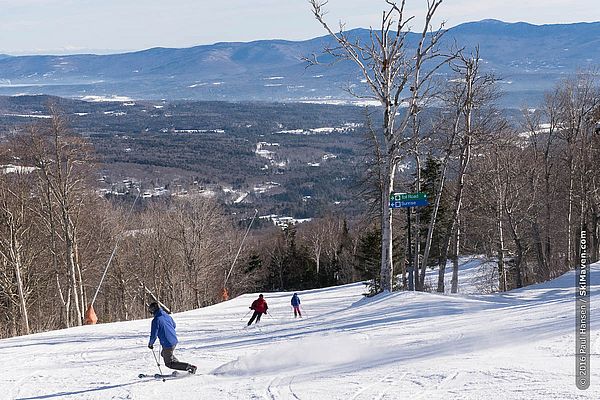 Cruising down the Sunrise trail on Mt. Mansfield. 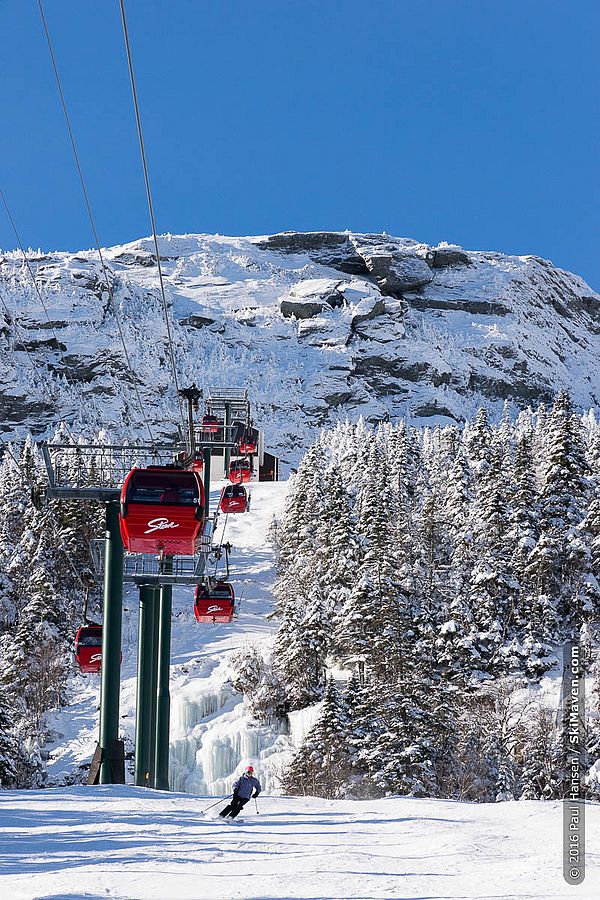 Sunny skiing on the Gondolier trail at Stowe Mountain Resort.

Blue skies, white-topped peaks and warmer temperatures. These were the things that persuaded us to head over to ski at Stowe Mountain Resort today.

There we had our choice of three lifts on the Mt. Mansfield side of the resort, including the high-speed quad and gondola which both access more than 2,000 vertical feet of skiing. The Mansfield side of the mountain featured mainly intermediate and expert terrain today. (The Mountain Triple was also open and tomorrow the Toll House Double lift opens for the season.) The Spruce Peak side of the resort offered the beginner terrain as well as some tougher runs with four lifts and the magic carpet.

Despite being a gorgeous day, the crowds were thin so the Skimeister and I skied right up to the quad and had a very short wait at the gondola. Sweet.

We've had a slow start to the ski season so it was a treat to make turns in the sun on long trails that were well-covered. We skied mostly on groomed terrain that had a man-made base. The steeper slopes (such as the top of Nosedive) had some scratched-off areas, but that was not the case on the less-traveled and lower-angle trails. Where possible, we sought out some small bumps and powdery snow on at the sides of the trails or on crossover trails. We looked longingly down at the Lower Gondolier trail which had not been groomed and looked like it had some fun, fresh snow on it. The trail was closed because at least one water bar was not yet filled in.

The views were terrific today. The ghostly Mt. Washington in New Hampshire looked close and clear. In the upper reaches of the ski resort, the trees were heavily spackled with snow — both natural and manmade. The Nose, Chin and ridgeline of Mt. Mansfield were white due to recent snowfall. The white against the bright blue sky was almost shocking.

In general we need more snow and more cold weather around Vermont to open up additional ski terrain. (There's now 15 inches of snow at the stake atop Mt. Mansfield.) But today with a light midweek crowd, we were so very pleased to do long laps on Vermont's highest peak.

<link internal-link internal link in current>Check out the latest conditions at Stowe and other resorts on our Vermont Ski Resorts page.