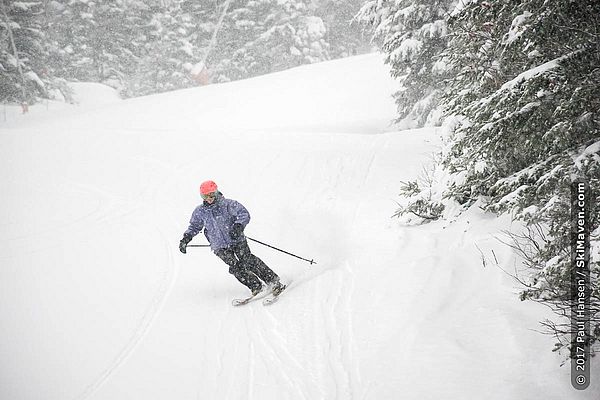 A group of skiers on Gulch. 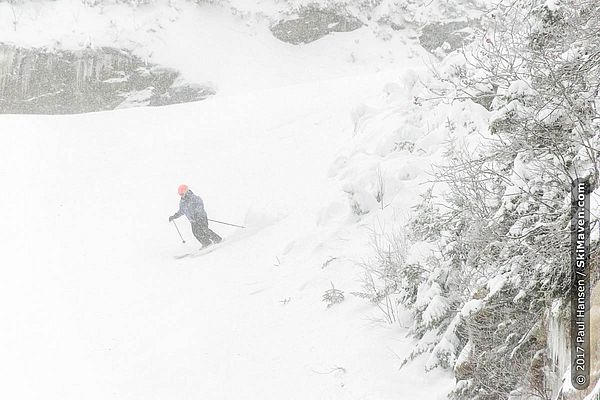 Sometimes visibility was poor near the summit. This is the top of Nosedive. 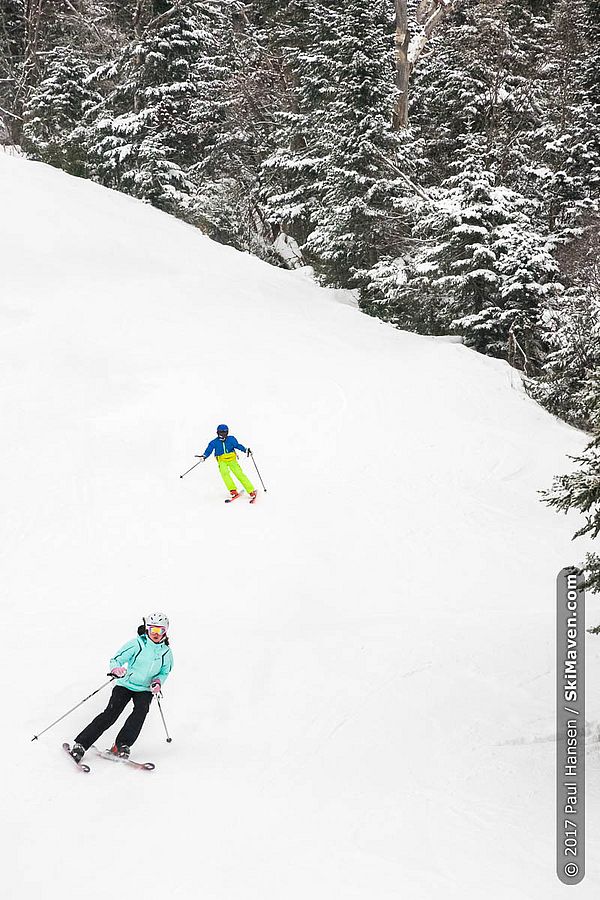 Some kids tear up Sunrise. 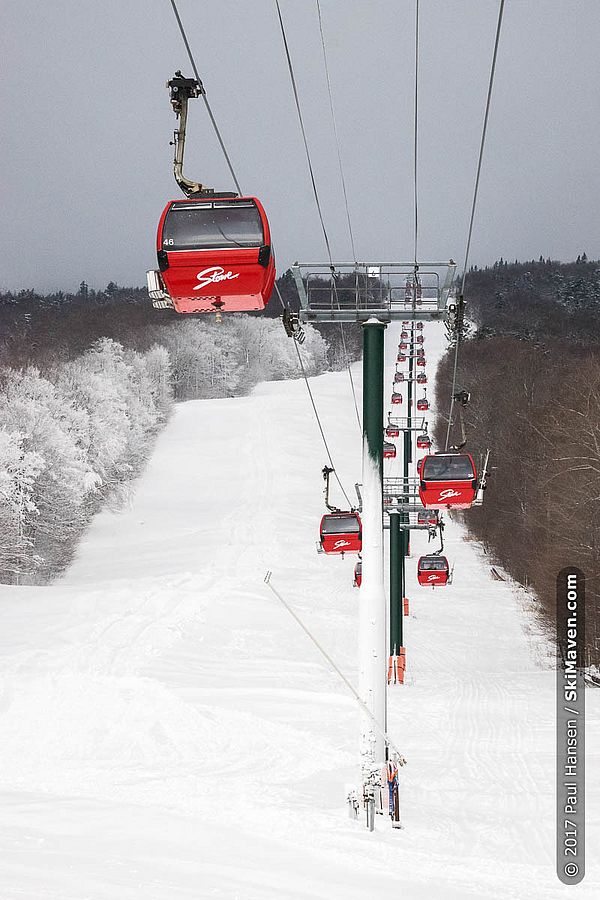 The Gondola. Only Upper Gondolier was open. They had been make snow on lower. 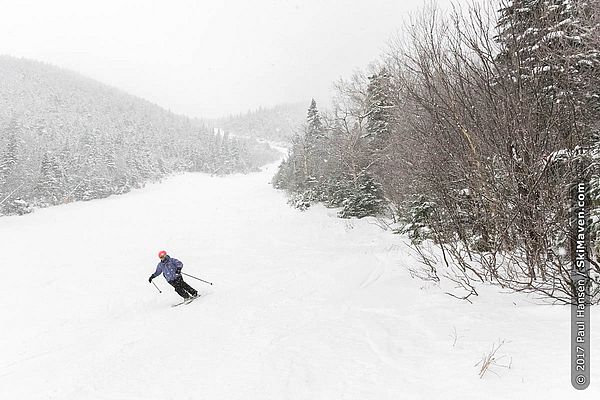 A rare solo moment on Nosedive.

Natural snow was on the trees. But these had also been hit with snowmaking.

Southern Vermont ski resorts made out the best with this coastal storm that moved through over the weekend. They enjoyed up to six inches of new snow. But we saw a bit of fresh snow even up north at Stowe Mountain Resort today.

The snowflakes kept falling this morning as we took runs off of Stowe's Fourrunner Quad and Gondola. The earliest runs were the best, of course, before a lot of traffic had come through. But even later in the morning we had fun in the snow that was on the side of the trails.

We played in small moguls on the side of Nosedive and Centerline. And we enjoyed bumps in the grippy manmade snow on the T-Line trail, as well.

At Stowe we got to have our longest runs of the season thus far. The Gondola carries skiers up to an elevation of 3,625 feet while the quad rises to 3,615 feet.

We hit up the classic, long, cruising trails Perry Merrill and Nosedive. Later we took runs off the quad that lead us to the trails on the southern side of the ski area: Standard, Sunrise and Gulch. These are near the Mountain Triple chair, which is not open yet.

The snow was quite good for early December. Stowe reported 7 inches of snowfall on the upper mountain in the past four days. They had just received a dusting overnight, but by noon today there was probably another inch on the ground.

Beginners were skiing at Spruce today, where four lifts were serving the lower parts of Spruce Peak.