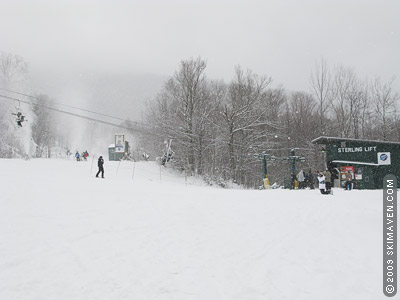 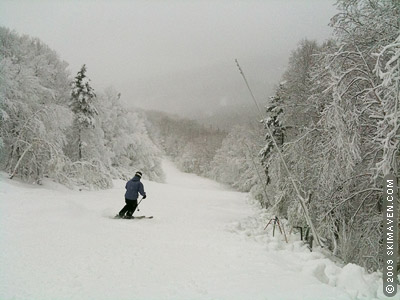 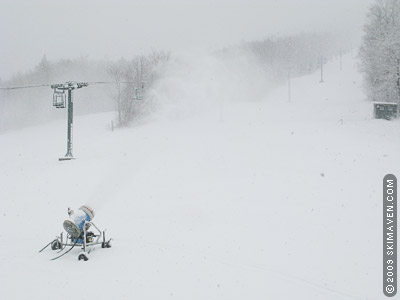 Snowmaking was in full swing. 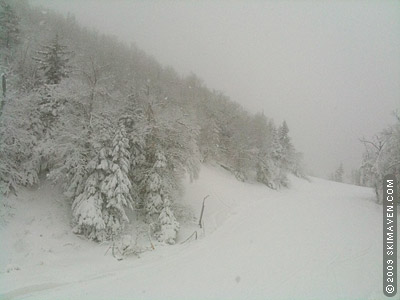 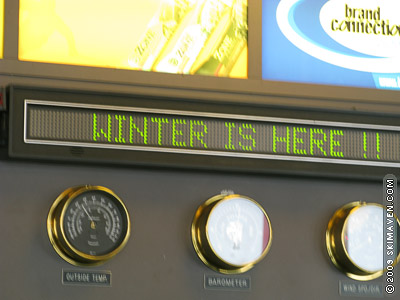 A cheerful message in the base lodge.

I had a snowy drive to Smugglers' Notch this morning to be among the first to ski there on opening day. It's been a long time coming, eh?

It was snowing this morning and the snowmaking crew seemed to be out in force. I saw them here and there around the base area and along the rather long run that was open for skiing. Several guns were pumping out snow on the mountain.

Sterling lift was running this morning, accessing a winding run made up of Upper Rumrunner to Crossover to Treasure Run.

It was definitely early-season, manmade conditions, with large-scale frozen granular under foot. But along the sides of the trail there were about two inches of fresh snow that felt silky smooth. That made all the difference.

It felt great to go up that lift and seek out the powdery turns where I could. Here's hoping that the ski areas pick up more snow this week, as is forecasted. We'll see what happens on Wednesday when it warms up a bit. It could produce a "wintry mix" of sleet and snow that day before temps drop again so that more snowflakes can fall.