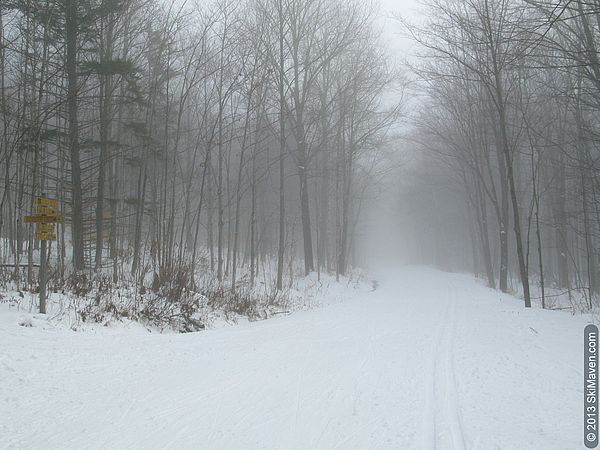 Welcome to the fog zone! 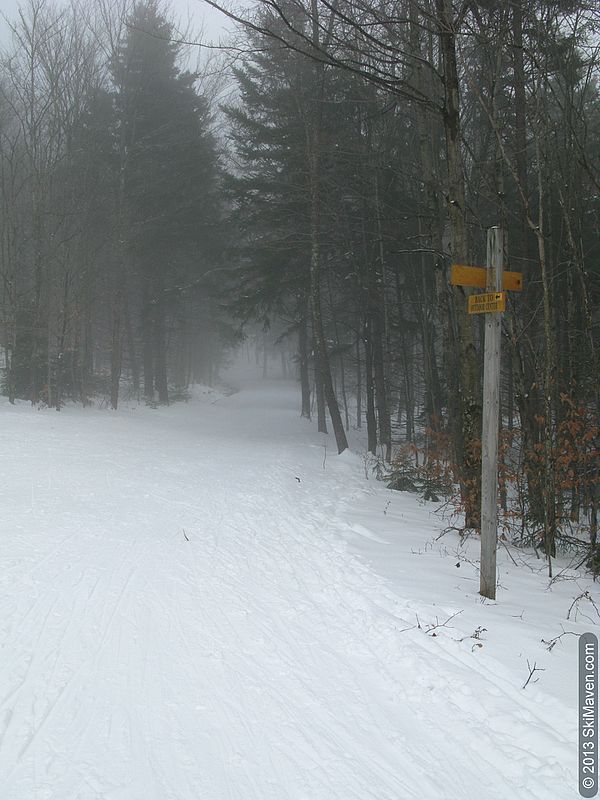 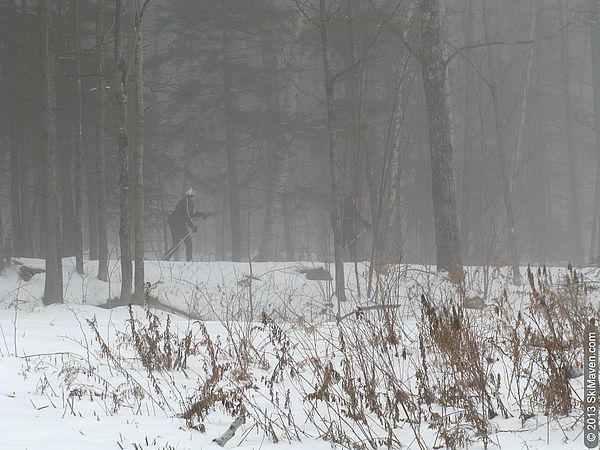 Skiers up on Sugar Road. 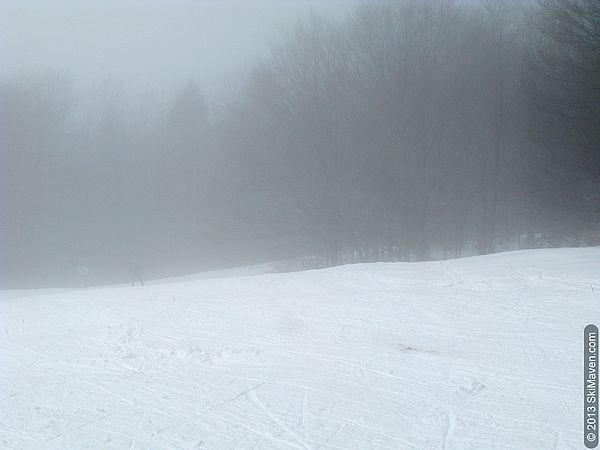 There's a skier here — can you see her? 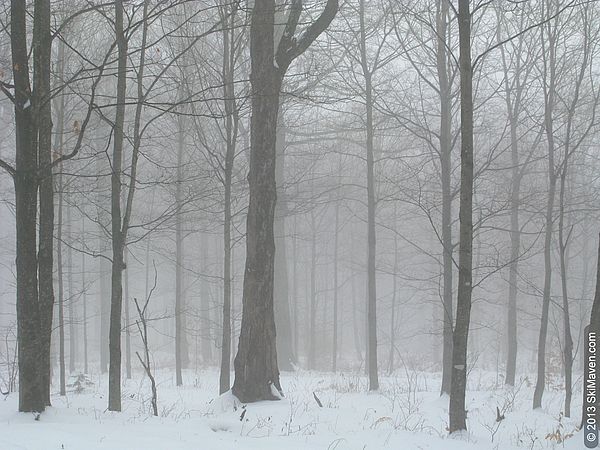 The temperatures got into the 30s today in Stowe and that made for soft snow and — apparently — lots of fog!

As I drove from Burlington to Stowe I went from sunshine to overcast skies. As the Subaru climbed the hill toward Trapp Family Lodge Nordic center, I entered the fog zone!

The first thought: “This damn fog is eating my snow!”

Luckily as I ventured out on the cross-country trails, I found there was plenty of snow left. Only a few damp spots here and there and a couple of small rocks. It's quite good coverage for this early in the season. I don't think the track was reset today, however, in order to be kind to the snow.

I opted for my waxless classic cross-country ski set-up. I would have needed messy Klister wax otherwise, and I tweaked my knee recently so I didn't want to skate.

Trapps nordic center sits at about 1,200 feet. It has several trails open due to recent natural snowfall, and they haven't lost too much. They make a bit of snow, as well.

If you go to higher elevations, you'll still find some natural snow. There's 19 inches at the stake atop Mount Mansfield — the highest point in the state!