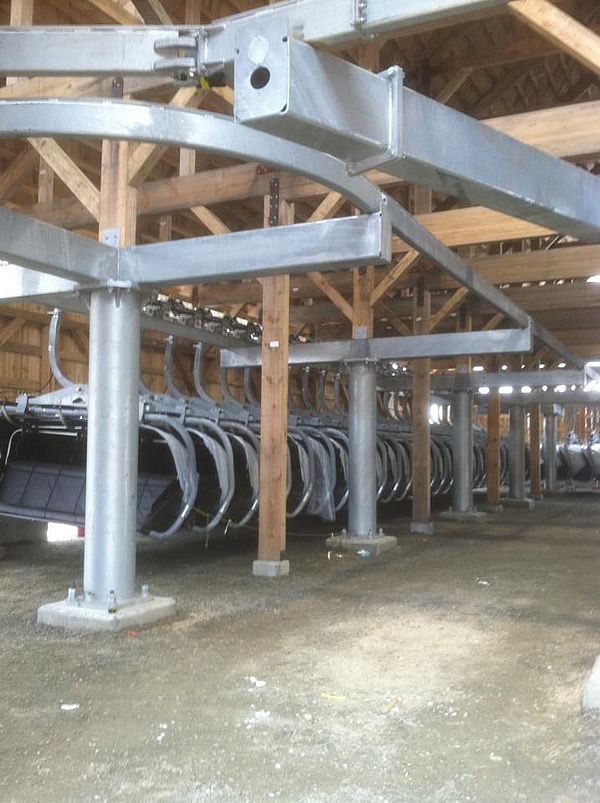 For the 2011 - 2012 ski season, new ski lifts are being installed at three ski resorts in Vermont. New lifts are coming online at Stowe and Burke Mountain up north, and Mount Snow in the south. 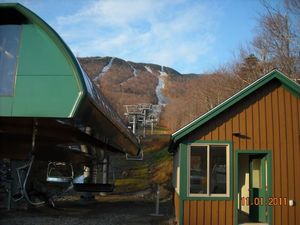 Here's the scoop on these resort improvement projects:

A new high-speed, detachable quad replaces the old one that's been in service since the 1980s. The new "Four-Runner" unloads a bit higher above the Octagon summit lodge than the former lift. It is supposed to offer improved lift reliability (including a better design that hopefully brings fewer wind holds) in a very key location on the mountain that sees a ton of traffic. The new lift will increase uphill capacity from 1,500 passengers per hour to 2,400 passengers an hour because of new technology that allows closer spacing of chairs. It's also expected to be more energy efficient.

<link https: www.facebook.com>Here's a link to some photos.

More from Stowe about their new chair:

Uphill capacity will match the capacity of the other new lifts around the resort that also have capacity of 2,400 people per hour, such as the Gondola, Sunny Spruce and the Sensation Quad. The new quad tower assemblies are better suited to running if icing occurs and full chair storage at the bottom means no need to de-ice grips on chairs prior to opening. The lift is also designed with wind challenges in mind. Strategically located lift towers keep the line as low as possible while allowing for skiing underneath from top to bottom on the legendary Liftline trail. The bottom terminal moved forward and is about half as long as the old terminal, gaining a large amount of area for the new Evolution Stowe Card gate-entry system. The top terminal moved about 70’ uphill and with new grading you can ski directly to the Nosedive and Toll Road trails without climbing the hill. 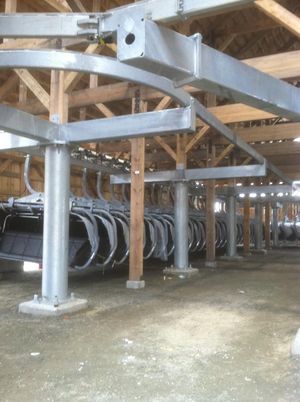 Mount Snow is putting in a "bubble" chair. That is, a chair that has a plastic cover that you can pull down to get a bit out of the wind or snow. I've ridden one at Vail and it's good on really snowy days, but otherwise it's hard to see out of it so you don't want to pull it down on a nice day. This chair is a high-speed, detachable six-pack: it carries six skiers and riders. The Bluebird Express will provide base-to-summit access in seven minutes.

Burke invested in a high-speed quad lift to the summit that will carry skiers and riders to the top seven minutes faster than the previous Willoughby Chair. I can't wait to ride the new “Mid Burke Express” lift, which offers faster access to the terrain and views on the upper mountain.

<link https: www.facebook.com>Here's a link to some photos.