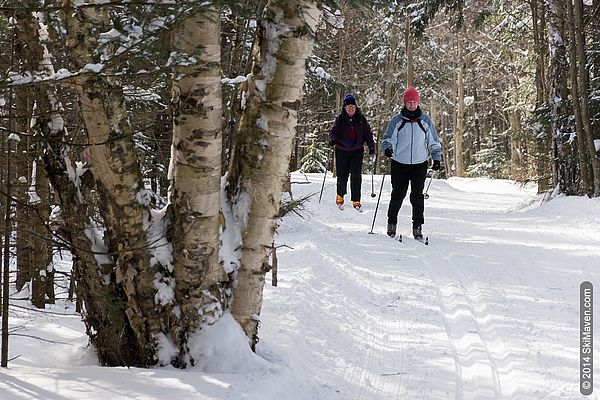 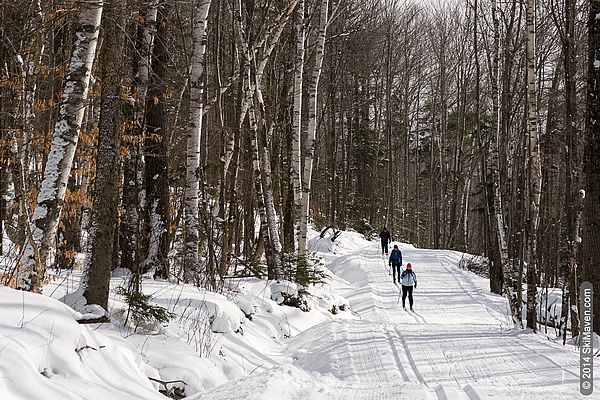 The Nordic ski tracks were great! 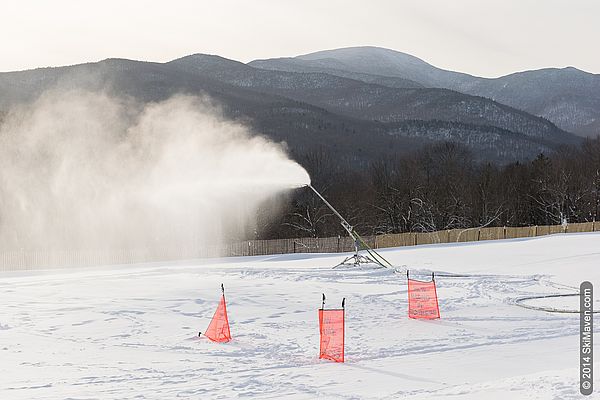 Trapps was also making snow in their fields.

Did you get out on the snow this weekend? There was fresh snow at most Vermont ski resorts, and people were loving it!

We had time to ski on Sunday, and with the cold temperatures and strong wind we headed out for a heat-inducing cross-country ski.

Many alpine and Nordic resorts announced they could open more terrain due to the new natural snow. And, the temperatures have been cold so snowmaking has continued in ernest. Both of these things were true at Trapp Family Lodge Cross-Country Center, where we enjoyed the soft, new snow and saw them making snow on their fields.

Yesterday was a day to wear a neckwarmer while Nordic skiing and also cover your ears well. If you did that, and kept moving, it was a great day to be out on the trails.

We did a pretty long loop from Russell Knoll trail to Chris's Trail to the cabin for a warm-up and snack. Then down Haul Road to Hare Line to Parizo to Old County Road and back in on Russell Knoll. The snow was cold and the tracks were awesome. We enjoyed kicking and gliding on our classic skis that were waxed with green wax.

Trapps said they had 100 percent of their trails open. They still need more of a base despite several inches of fluffy new snow. Let's hope it keeps snowing!

Later this week I have the opportunity to ski at an alpine resort that I haven't skied in years. Check back for a full report on what I find! 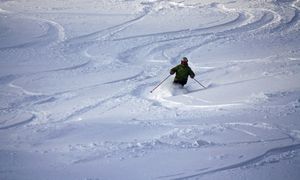