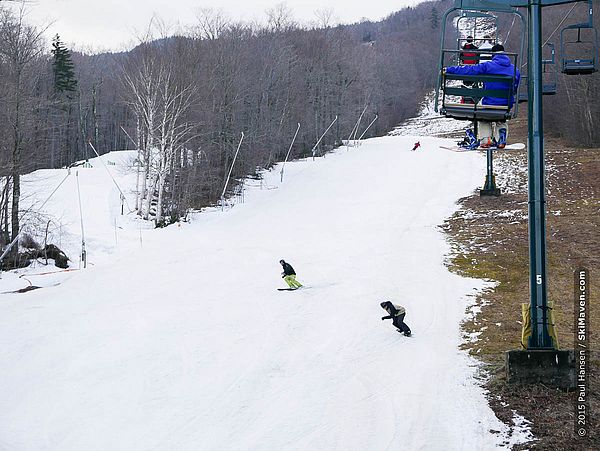 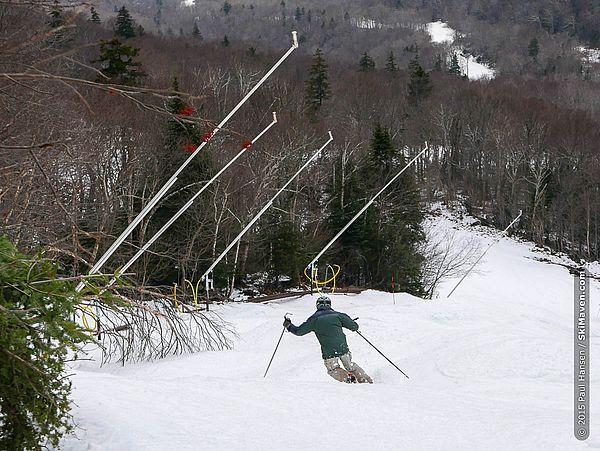 Fun on Smugglers' Alley, which was ungroomed. 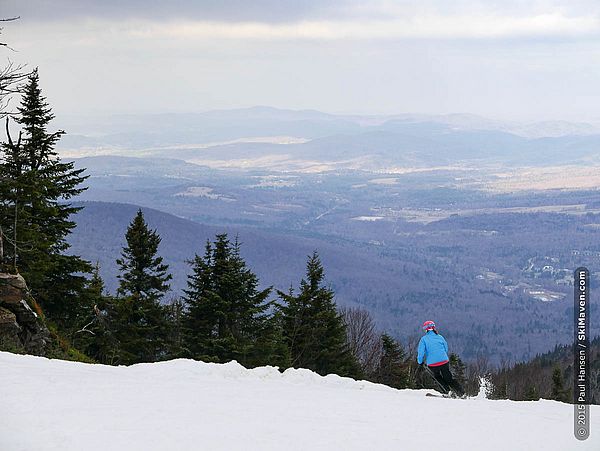 The view from Upper Rumrunner. 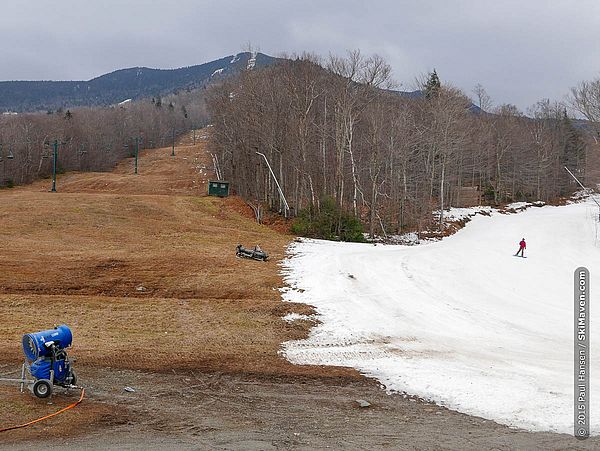 The view from the base lodge. 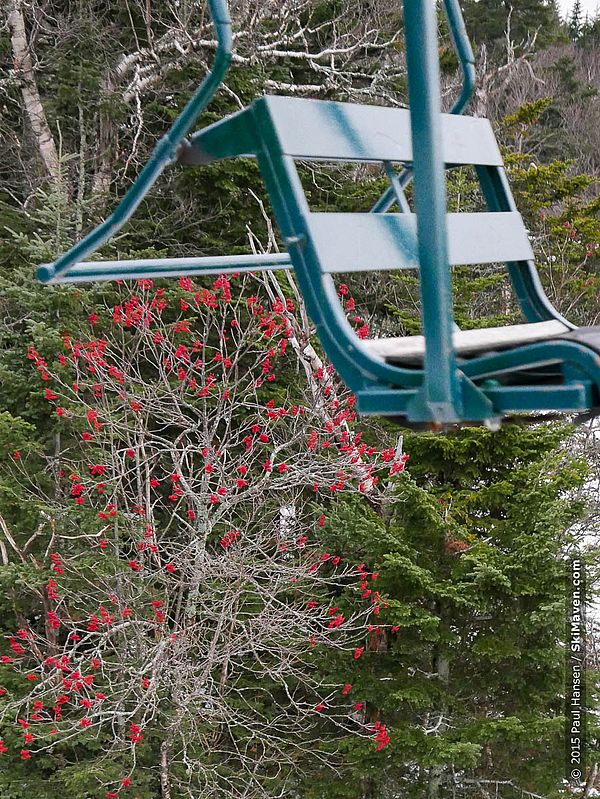 Lots of red berries on the Mountain Ash.

The Skimeister and I made our first turns of the season today and boy did it feel like spring! The weather was warm and the snow was soft. We got our legs reacquainted with turning left and right on the slopes of Sterling Peak (top elevation 3,040 feet) at Smugglers’ Notch in northern Vermont.

Smuggs had basically two main ways down the mountain. We warmed up on the intermediate Upper and Lower Rumrunner, then we also threw in Lower Treasure Run to Lower Exhibition. I was working on short turns and then long, carving turns through the soft, frozen granular snow. We even took a peek at the six or so features in the Birch Run terrain park.

After confirming that we remembered how to do this skiing thing, we then checked out Smugglers’ Alley. This expert run had been icy, we were warned, but when we got on it it was soft and fun. There were large snowmaking whales that had softened up and bumps had also formed. It was a good early-season workout for my feet! This is the only run that had not been groomed.

For real novices, the Sir Henry magic carpet lift and bunny slope are also open down at the village at Smuggs.

The resort was reporting that the manmade snow on the trails was between 6 and 18 inches deep. I only saw a few loose rocks to avoid. Riding the lift made it clear that this was an abnormally snow-starved early season. The Sterling double passed over grass and rocks and bare trees. The icy waterfall near the top, however, was starting to build up some serious ice.

Thank goodness for snowmaking or we wouldn't have been out carving up the hill today! Snow may be in the forecast next weekend — let's hope so!

Have you gone skiing or riding yet this season? If so: Where? When? How was it?

If you are hitting one of the nine open Vermont ski resorts this weekend: Enjoy! <link http: www.skimaven.com post the-question-everyone-is-asking-when-will-vermont-ski-resorts-open _top external link in new>Follow this link to a post about ski resort opening dates. Bolton Valley, Pico and Burke ski resorts were all planning to open this weekend but have postponed opening.