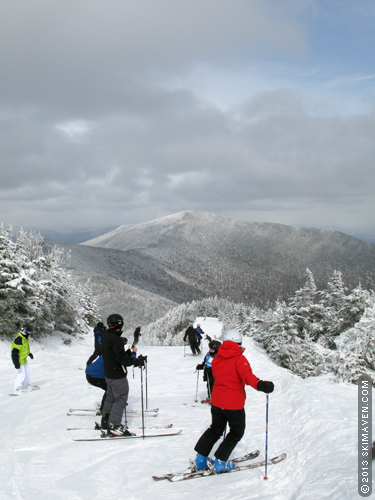 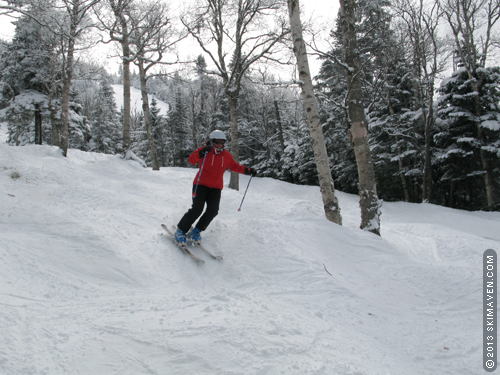 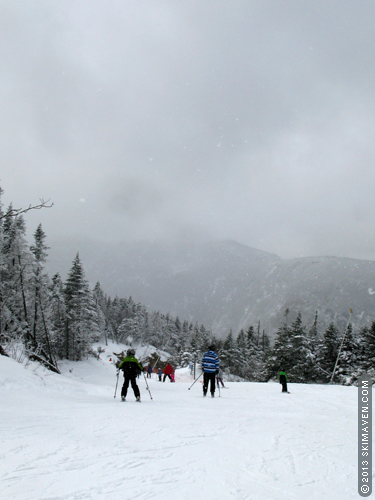 Earlier in the day you couldn't see Mt. Mansfield due to snowflakes. 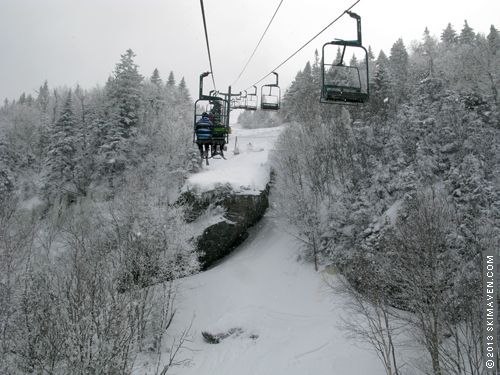 Nearing the top of the Sterling Lift. 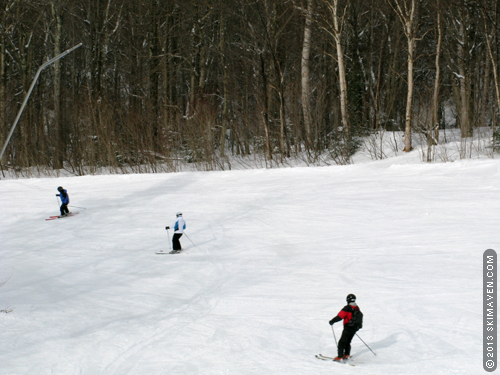 Cruising on the intermediate trails off the Madonna II lift. 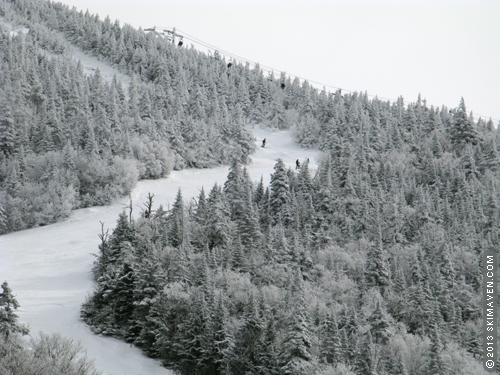 My friend and I skied off all three main lifts and enjoyed fast groomers and challenging moguls and glades. The ski area received 2 - 3 inches of snow over the last day. It was light, fluffy stuff that helped the ski conditions. The trees were white with snow and the temperatures were cool.

We sought out moguls, and they often had some soft snow on their crests. The bumps were fun on Lower Doc Dempsey's, Harvey's Hideaway and Highlander Glades. Caution was required in the trees today, as there were quite a few scratchy spots, wood and rocks to avoid.

Surprisingly the Full Nelson trail was groomed flat (it's often bumped) and the short, steep pitch put our edging skills to work. The expert trails Upper FIS and Upper Pipeline were an exercise in edging as well. Luckily, I know how to do that so it was all good. ;)

As the sun peeked out, we also enjoyed some cruising on the intermediate trails off the Madonna II chair. 45 of Smuggs’ 78 trails were open today. The closed trails had lost a bunch of cover in the recent mini-heat wave.

We skied until nearly 4 p.m. and joined the crowd in the Black Bear Tavern at the base lodge. We got a beverage and some food and were entertained by “name that tune” kinds of contests. Charlie, the host, got people shouting out answers and even singing together. It was fun and I won two t-shirts. Bonus!

Yet another nice day on the slopes. I'm spoiled rotten!