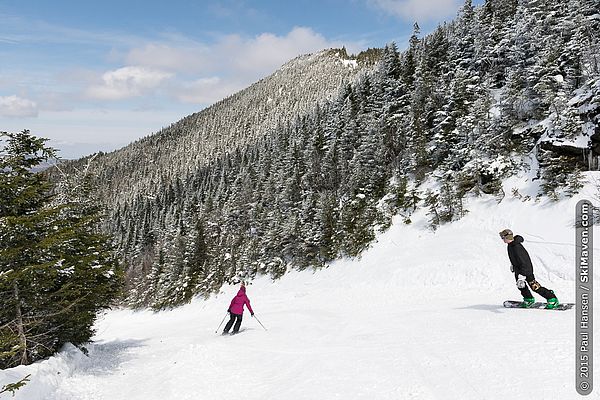 Spring skiing at Smugglers' Notch on April 7. On the Drifter trail. 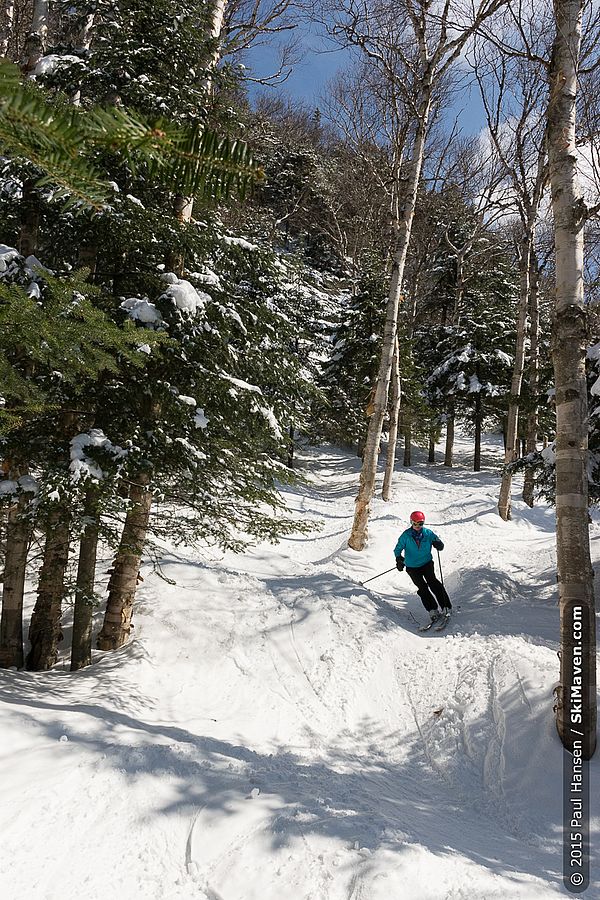 Shakin' and bakin' in Shakedown glades. 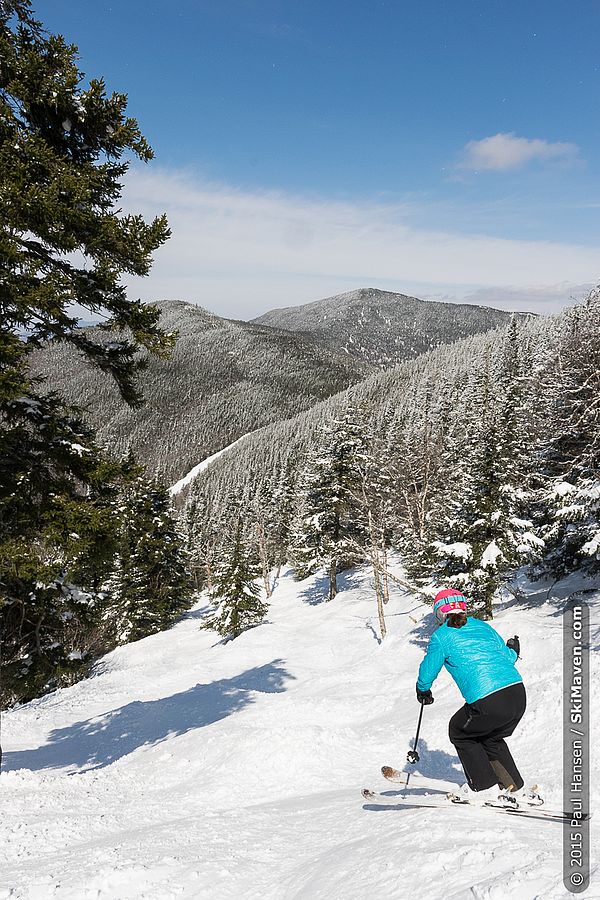 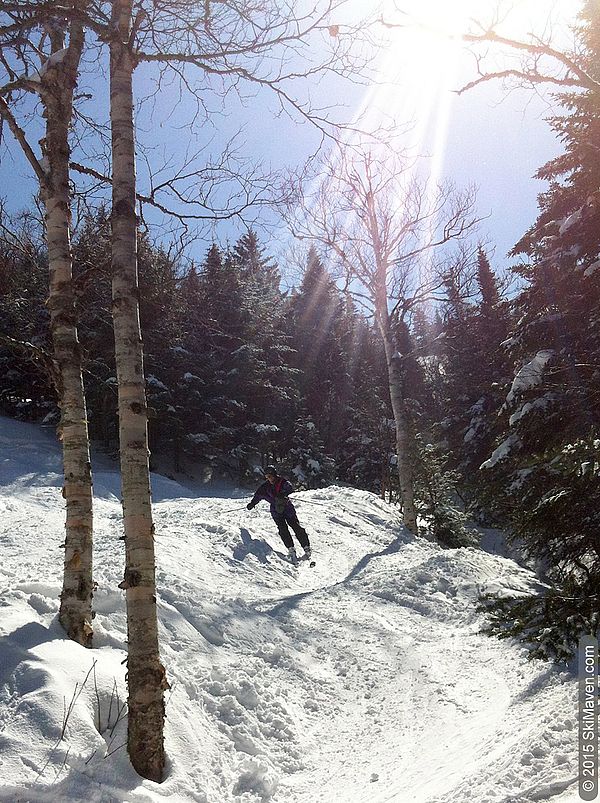 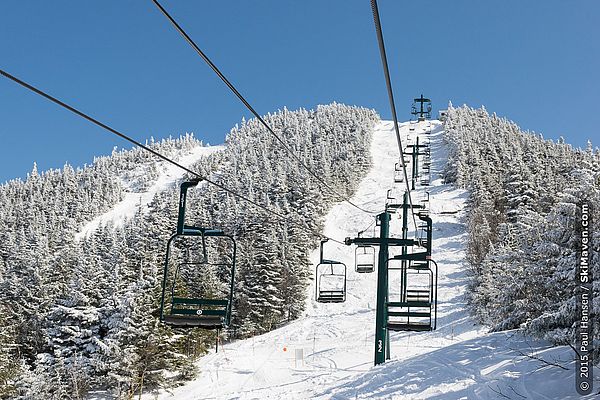 Where is everyone??? Atop Madonna I lift at the end of the day.

On Tuesday afternoon, the sun and snow beckoned. The Skimeister and I headed for Smugglers’ Notch Resort to get in some spring turns. It has been snowing over the last few days so there was some newer snow on top of the ample base. With Tuesday's sunshine, the snow softened up but only got wet in some spots at the bottom of the mountain.

We took laps on the Madonna I chairlift to the top of Madonna Peak. We dove into some fun, sun-soaked glades such as Shakedown, Bermuda and Doc Dempsey's. We hit up Red Fox, Norwegian Woods and Three Mountain glades. We also raced our shadows on groomers such as Upper Chilcoot and Drifter.

When the lifts closed we dropped into Brewster River Pub for après-ski beer, cider and burgers. It's a good stop — located just below the entrance to Smugglers’ Notch Village.

All I can say is: Spring is good.