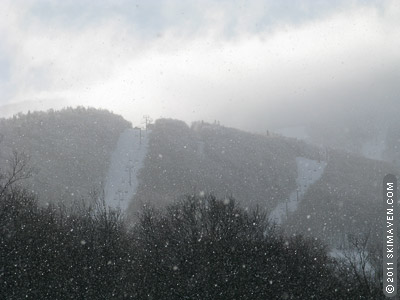 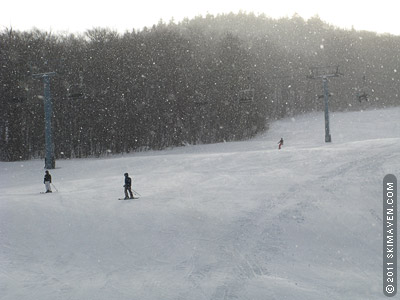 Sun, snowflakes, powder, cold -- we had it all today. 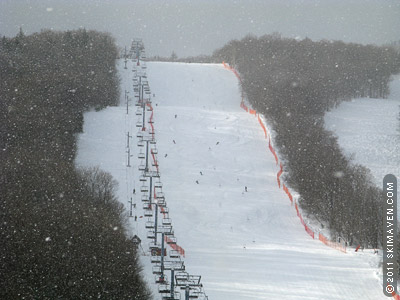 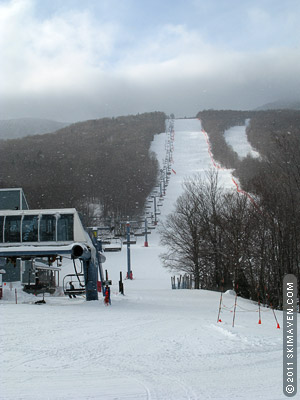 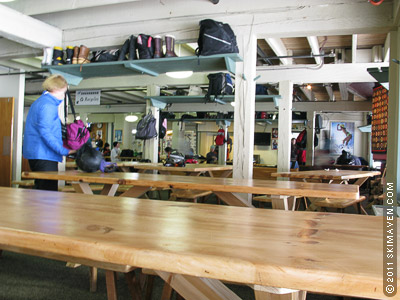 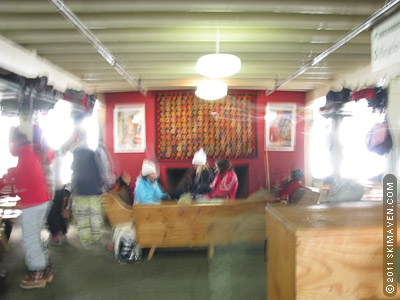 Wondering why I don't have many skiing photos? 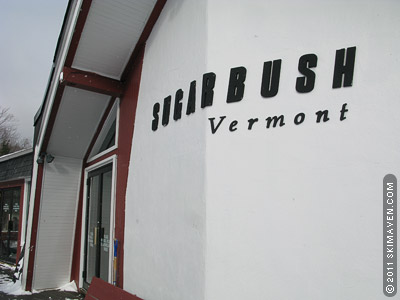 It was too darn cold! 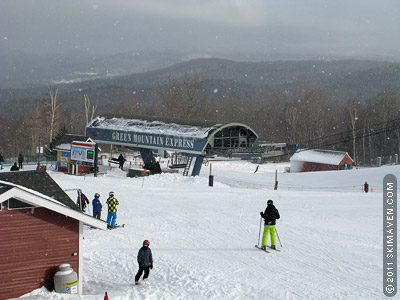 I met up with friends to ski at Sugarbush today, and we decided to explore the Mt. Ellen (Sugarbush North) side of the ski resort. It's located about four miles north of the Lincoln Peak side of the resort.

I hadn't been on these slopes for a very long time. We found some long runs and good vertical. We also found left-over powder from snowstorms that hit over the last week. We had to look a bit for the powder because the resort did a lot of grooming on Mt. Ellen. There was plenty of corduroy.

We took a chance on heading down Exterminator to see if there were some soft turns to be found. At the top of this double-diamond run, we had to pick our way down to avoid rocks and grass, but further down the run we found some powder snow to play in on the sides of the trail. It was fun so we did it again later in the morning.

The other favorite run of the day was Which Way. This had also been left ungroomed and it had the best powder on the hill. It wasn't as light and fluffy as yesterday, but it did the trick. Again, it was so good that we hit this run again later in the day.

We also enjoyed some soft turns under the lift on Lookin Good. We liked the Green Mountain and North Ridge high-speed quads, but the very slow Summit quad was not user friendly on this very cold day. We only rode that lift twice.

Racers from the Green Mountain Valley Ski Academy had taken over the Inverness trail for racing, and the resort didn't run the Inverness quad today. From the warmth of the base lodge, I watched the racers run through GS gates.

Mt. Ellen has a lower-frills base lodge than you'd find over at the Lincoln Peak part of the ski resort, but it was very comfortable. Downstairs they had gathered some couches in front of a wood fireplace, over which hung a handmade quilt. (This was a popular spot on this cold day.) Upstairs was a spacious ski bar, also with a fireplace.

So my recommendation to you is don't snub Mt. Ellen. It's got Vermont's highest ski lift, some steep trails, lots of vertical, and a less-crowded, low-key feel.