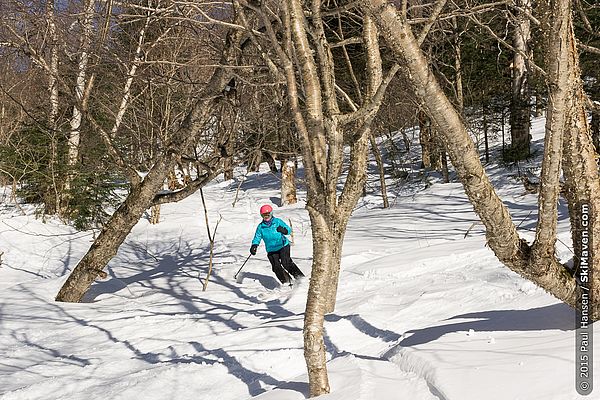 Ringing in April with super skiing. 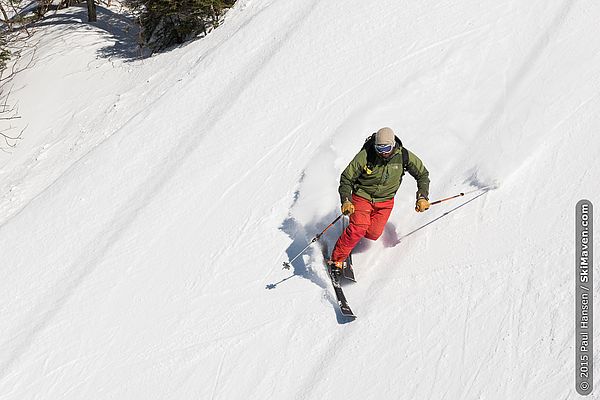 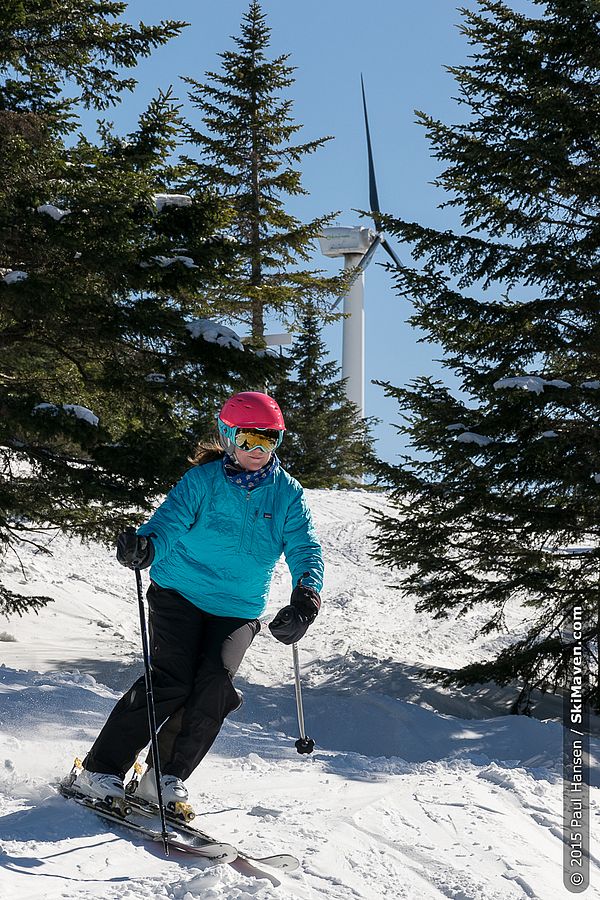 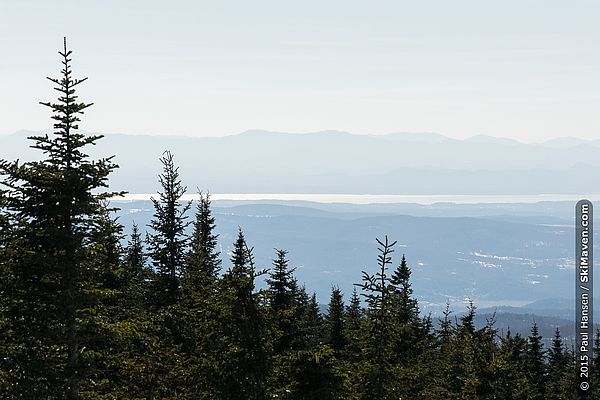 We hit the lifts at Bolton Valley Resort this afternoon and found great snow on the trails and especially in the woods. Not April snow, but more like mid-winter snow!

One of the benefits of skiing at Bolton Valley is that it faces west, toward the setting sun, Lake Champlain and the Adirondacks. At this time of the year that means you can ski in the sunshine into the early evening. We skied in bright sunshine from 3 to 6 p.m. before heading home for dinner. (Earlier in the season, the lights come on for night skiing at around 4 p.m.)

With each run we took on the Vista Quad, we made a point of venturing into the trees and glades. There was a lot of fresh snow in there to play in! We found bumps in the more well-traveled tree runs and on trails such as TNT, Glades and Vista Glades. We followed some skiers into Cobrass Woods (I can't believe I've never been in there). More fun turns among the trees.

Most of the time the snow we skied in was light and dry (three to five inches of new snow fell Monday night). If it had been hit by the sun for sometime over the last two days, you could tell it was a bit crusty. We only spotted spring snow in very sunny spots on the lower mountain. Pretty amazing for April 1st — no joke!