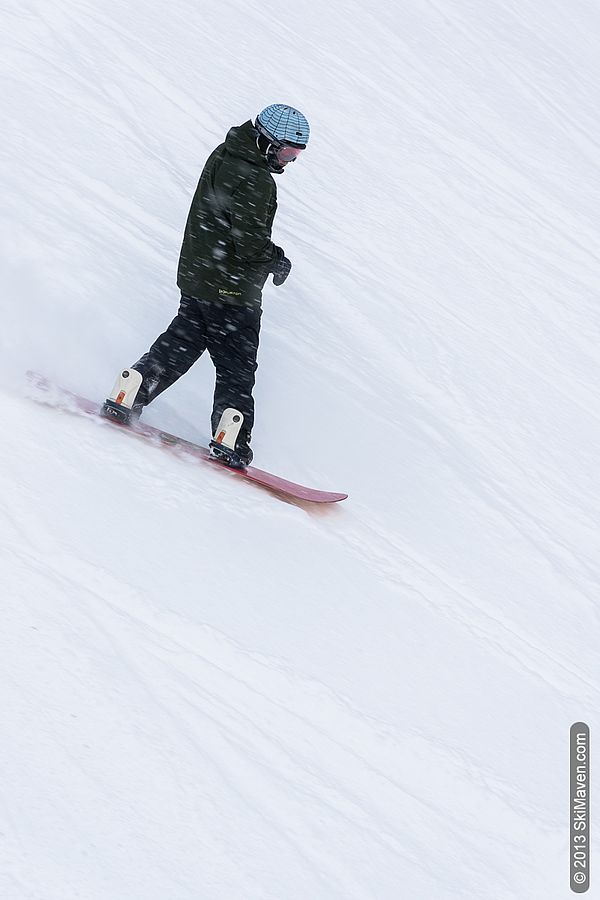 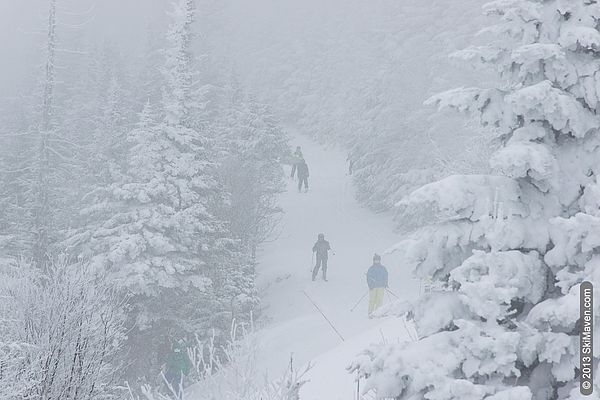 Skiers cut over to the Upper FIS trail. 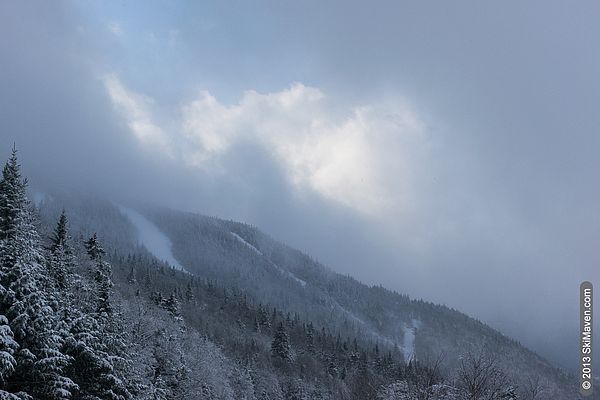 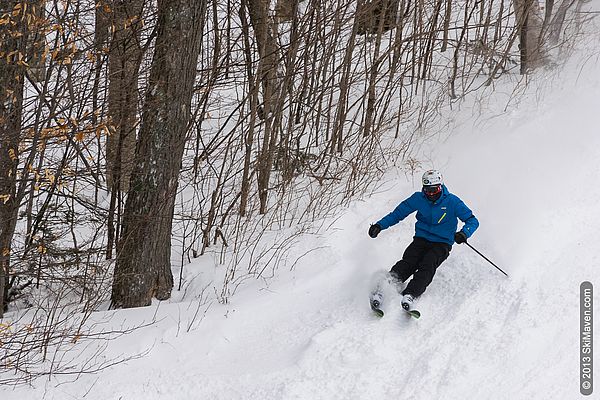 Powder on the sides of the trails. 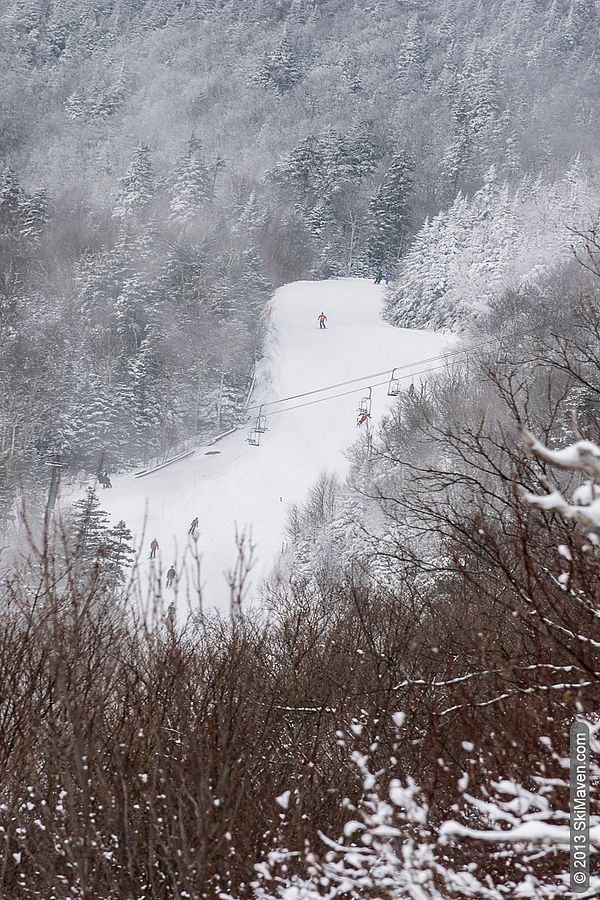 A look over toward the Chilcoot trail. 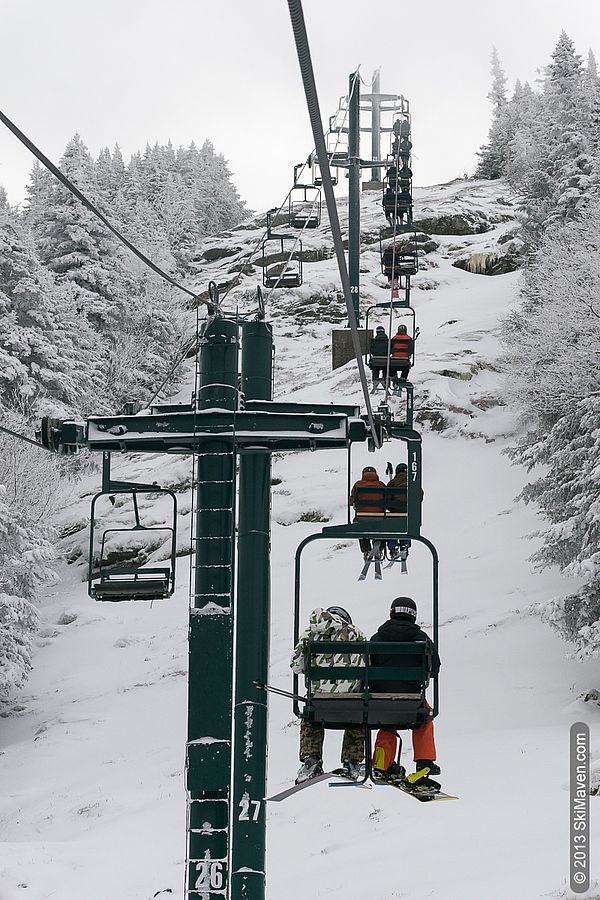 Riding up the Madonna I lift.

The Skimeister and I got up early today to get some morning runs in at Smugglers' Notch. We skied exclusively off the Madonna I chair, which ascends to the highest point of the ski resort: 3,640 feet.

Driving through the town of Cambridge on the way to the mountain it looked very wintry. Last weekend's ice storm had struck here, as evidenced by bowing trees and branches, and the recent new snow made all the trees very white. Beautiful.

It was snowing as we took to the slopes. I took a run on the expert Upper FIS trail first thing, figuring it was going to be in the best shape early in the day. I found soft snow on the sides of the trails and hard-pack in the middle.

Later we'd take runs that started on Chilcoot trail, which twists and turns its way down the eastern shoulder of Madonna Mountain. It's a fun trail on which to let your skis run and to carve your way around some of the corners. Again we found some light, fresh snow on the sides of the trails. The resort reported about 2 inches of new snow overnight, but it had also snowed a few inches yesterday, as well.

The mountain was making use of cold temperatures by making more snow today on trails such as Snake Bite, Zone, McPherson's, and Playground.

We found it very fun to take runs on Lower FIS, where snowmaking whales had been left in place and there was fresh snow to play in, too. I enjoyed making turns up and over, and on the sides of the whales of snow. Lower FIS is an intermediate trail off of the busy Link trail, but few people were on it, perhaps because they were wary of the large snow bumps.

There were also trails open on Sterling Mountain, but we were content with skiing off the resort's highest chairlift and getting in a good deal of vertical with every run.

Smuggs has 27 of its 78 trails open now. They are served by the Madonna I and Madonna II double chairs, the Sterling double chair, and four beginner lifts on Morse Mountain.

Looking at the forecast for this region, I see snowflakes on the weather graphics for the coming four days. We'll take whatever Mother Nature wishes to share with us so we can ski more trails and also get into the woods!