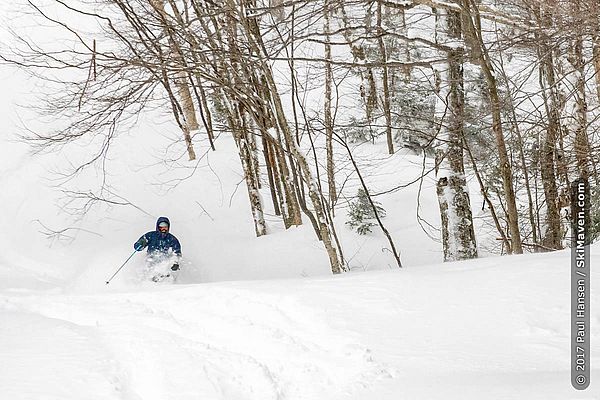 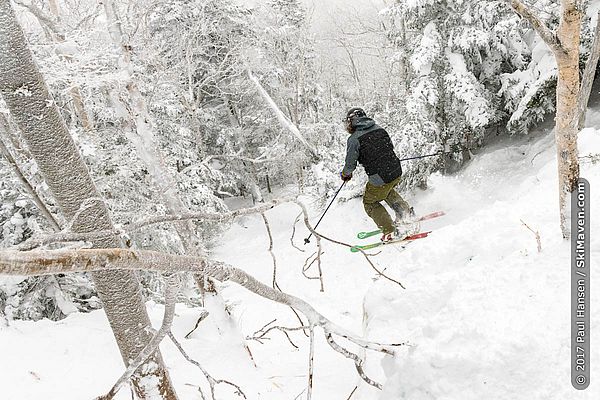 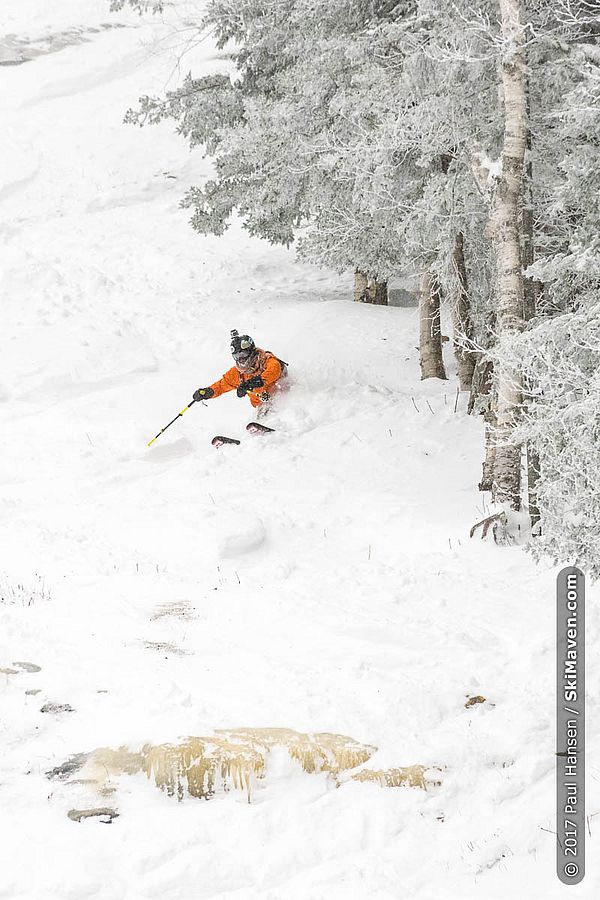 Ripping it up on Upper Liftline 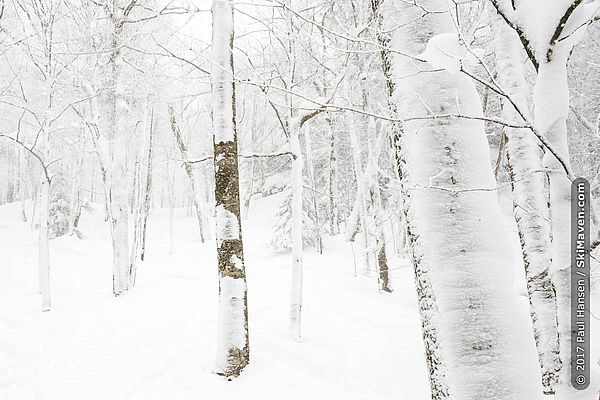 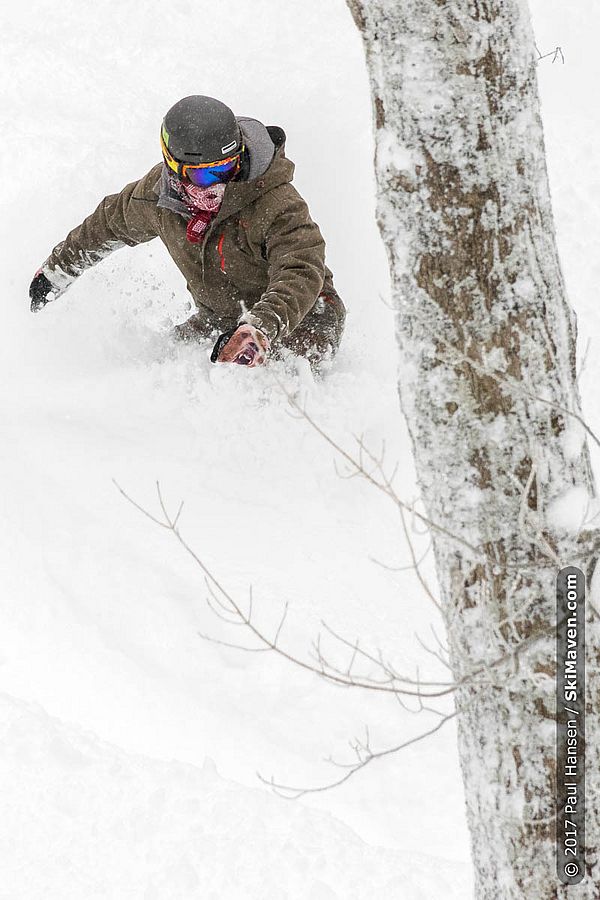 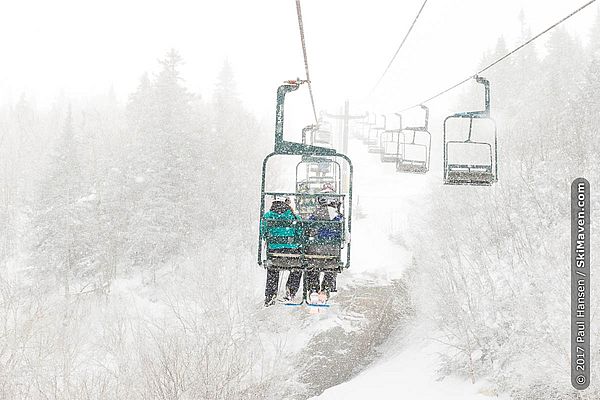 Afternoon snow on the Sterling chair

We try not to overuse the word “epic” around here, but 52 inches of powder in a single 48-hour blizzard courtesy of Winter Storm Stella is pretty darn epic. This stellar Nor’easter has magically transformed Vermont’s spring-like conditions into peak winter perfection.

Today I went to Smugglers’ Notch Resort, which had been heaped with two feet of snow on Tuesday, more than a foot on Wednesday, and an additional foot last night. I skipped any pretense of a warm-up run and hopped my way down ledgy Robin's Run. Then, I dropped into lower Black Hole for some steep, tight trees with a big helping of powder off the sides of the main line. A few of the other steep options at Smuggs, like Upper-Upper FIS, Upper Liftline and Freefall, had been scoured of much their snow by the storm's strong northwesterly winds.

Clearly this was going to be a day for the woods. Thankfully, Smugglers’ Notch has a lot of those. The top half of Moonshiner’s glade held face shots; Shakedown’s long and popular glade was full of fresh. I got deep turns in Three Mountain Glades and the short but steep Deer Run Glades. I even skied Bermuda and used others’ tracks to get speed before hopping out and floating turns in the deep powder that stretched everywhere.

When you found untracked snow, you’d suddenly be about waist deep in fluff. Sometimes, my 132mm-shovel-width skis were not enough. I did note in the woods that the deep and wind-driven snow had seamlessly hidden some stumps, branches and logs. Keep those tips up!

Smugglers' Notch Resort is celebrating 60 years this season, and this week’s blizzard is the icing on that cake! This storm didn’t call it quits today. Although the sun shone briefly around midday, the clouds swirled back in and it began to snow pretty hard. What does tomorrow hold?