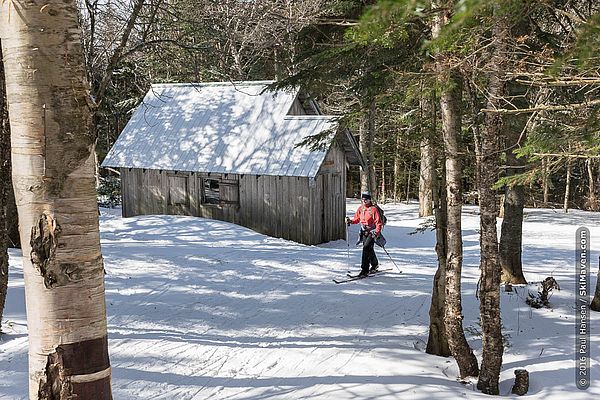 At Bryant Cabin in the backcountry trail network in Bolton Valley, Vermont. 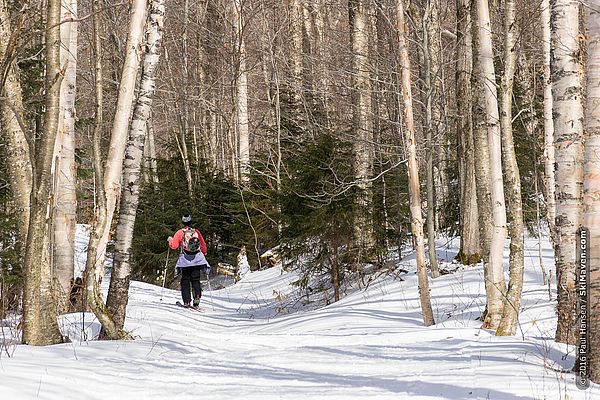 Skinning up the Bryant trail. 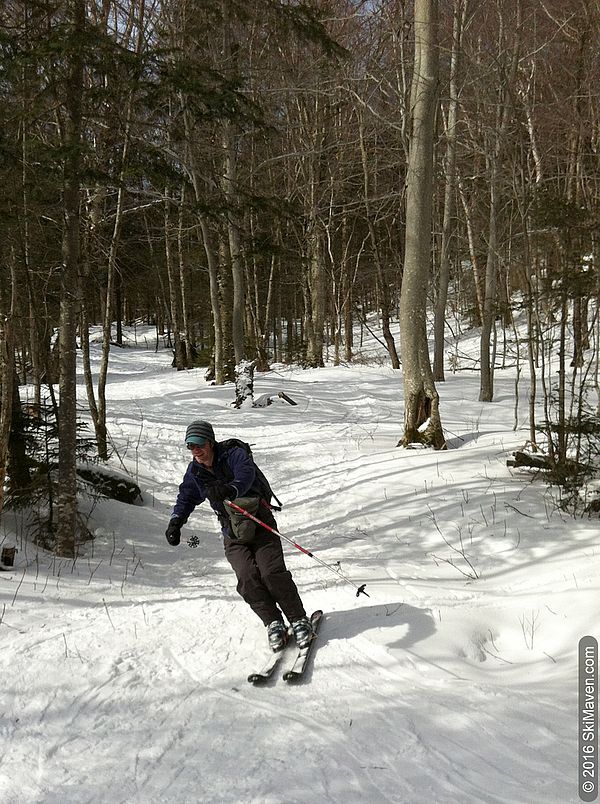 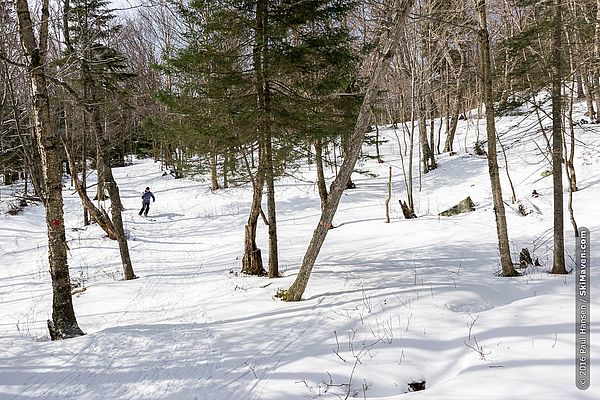 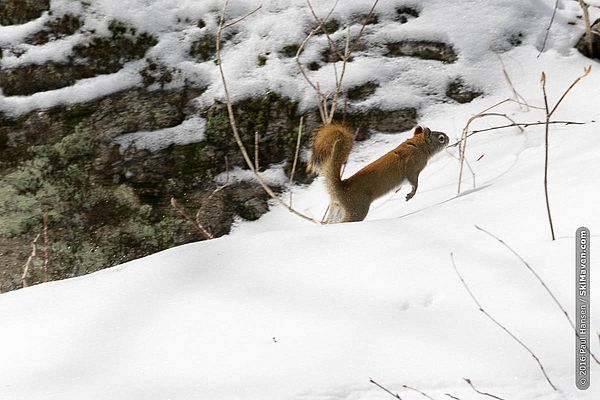 A furry denizen of the snow.

Here are a few shots from today on some backcountry ski trails at Bolton Valley. It was a pretty day and rather warm in the sun. We skinned up just a bit higher than Bryant Cabin, which is at 2,690 feet in elevation. We found a base of snow that had been crusted over. Much of the time it was breakable crust on the sides of the traveled trails, and now and then it was unbreakable crust. There was a half inch of fresh snow on top.

On Gardiner's Lane and the Tele Practice Slope, I had the best luck making parallel turns in the places that had been skied on. The snow was hard and fast. We made good use of our metal edges. We had to watch out for some melted out areas, potholes, stumps, and narrowing bridges as we descended. Most people we saw today were on snowshoes.