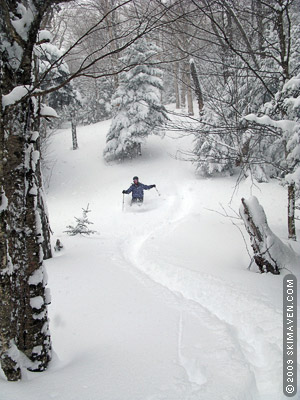 Photos from Friday afternoon and Saturday. 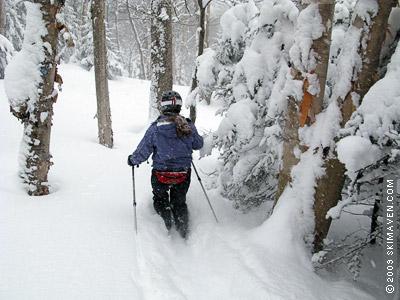 And it has snowed a lot since then.

Why are you still looking at these photos? 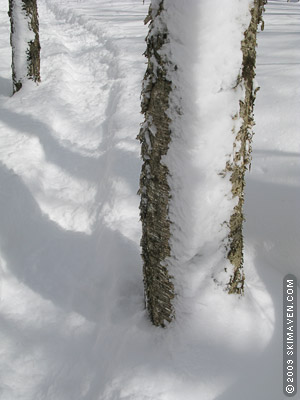 Get your gear and head for the slopes!

-- MONDAY PM UPDATE: Lots of snow. Lots of wind. Mad River Glen says they've received nearly five feet in five days. Their single chair was closed today due to high winds which shut down many lifts around the area. Stowe had its major lifts on wind hold today and Sugarbush actually closed down all the lifts by 10 a.m. because the wind was howling so badly. With not many skiers making it to the higher slopes, Tuesday will offer some amazing fresh tracks. --

The Skimeister and I got out on the backcountry trails of Bolton Valley, Vermont, on Friday afternoon and the Skimeister hit them again on Saturday.

On Friday there was about a foot of fresh powder. It was really, really, really good! The Skimeister was also able to get in a lot of turns there on Saturday and he reported that there was probably another six inches from the night before. He had a ball!

It was so wonderful to be powder skiing again! And at the beginning of our backcountry outing on Friday, I did some of my best telemark turns ever. Of course, that all started to fall apart as I got tired, but I was happy none the less to be out in a winter wonderland. The trees were fully laden with snow and we even had to break trail now and then.

I had some family time scheduled this weekend, but I suspect with tonight's snowstorm that I'll be back on the slopes in no time—with fresh snow to boot.

This week is school vacation week for many Vermonters and the timing couldn't be better. At least three ski resorts are running special deals for families this week. Go to my <link internal-link>Vermont Ski Resorts page and click on the picture of me with two thumbs up. That will bring you to a post that I update about Vermont lift ticket deals.

Enjoy all the fresh powder! 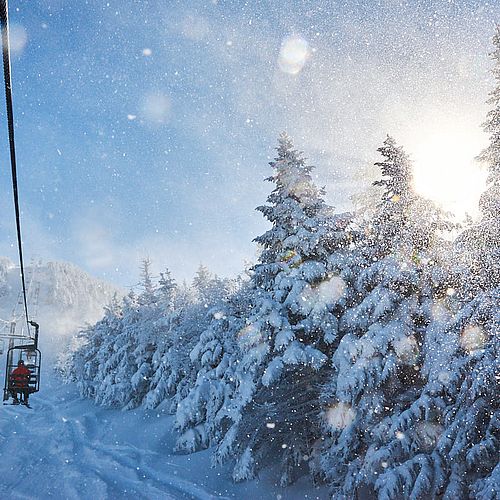 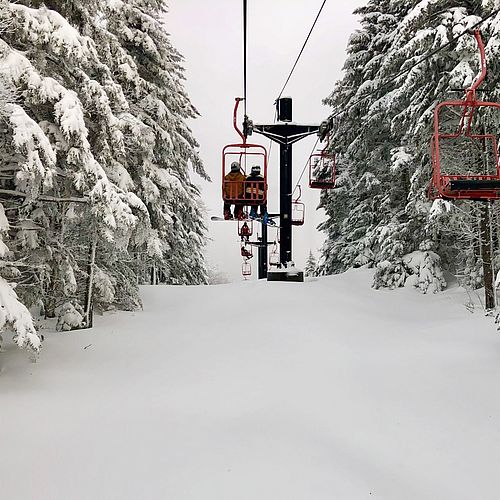