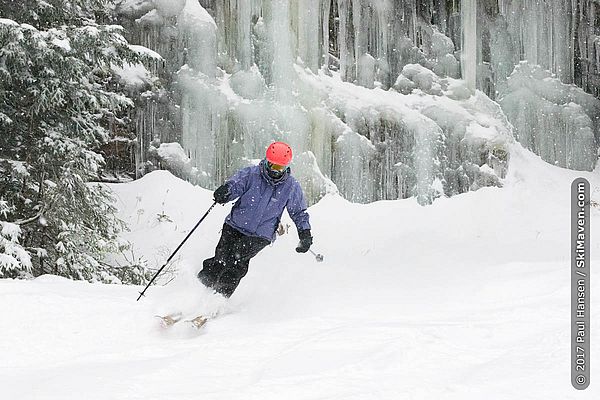 A snowy end to Thanksgiving weekend! 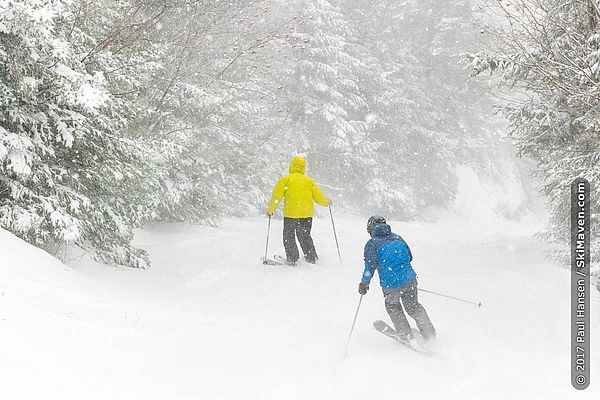 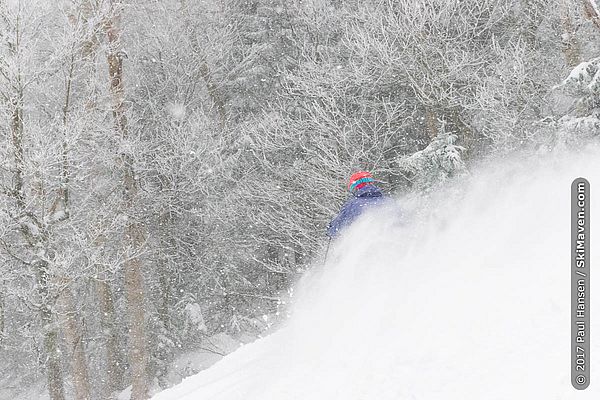 Through the fresh snow on Smugglers' Alley. 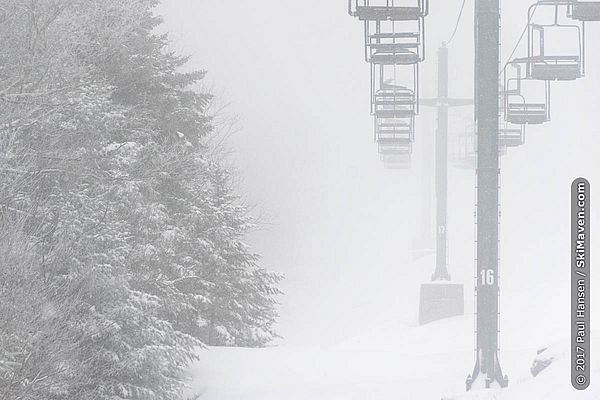 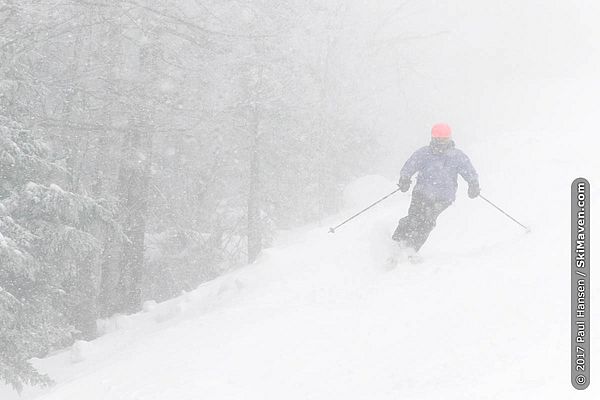 I think we timed our first day of lift-served skiing well. We got up early and hit Smugglers’ Notch in northern Vermont when the lift opened. We drove there in the snow and soon discovered they got about four inches of new snow at the base and about six new at the top of Sterling Mountain. Heck, ya!

The Sterling lift was open at Smuggs this morning and it offered a couple ways down for the top-part of your run. Then, everyone met on Treasure Run half-way down before you could split off to Birch Run or Lower Exhibition to finish up your run.

We’ve had good snowmaking weather for this early season. There was a solid base under the fresh snow.

We enjoyed powdery turns all morning, with some scraped off areas as the morning wore on. The trees were white with snow, which kept falling and falling. It was one of the best first days in memory!

We particularly enjoyed skiing on the narrow, upper-mountain trail called Thomke's. There was fun powder on the sides to cut through. Upper Rumrunner and Smugglers’ Alley were the other snowy, top-of-the-peak options. And Birch Run offered soft, powdery turns to finish out our Sterling runs.

The snowmakers were still blowing snow this morning. Smuggs is trying to make the most of cold temperatures to open more terrain.

FYI, Smuggs now has RFID lift tickets. They are plastic and they let you through the gates at the chairlift. You will pay $5.30 to get one that you will keep using each time you buy a ticket. Keep it in your wallet or ski jacket so you don't forget it.

We were thrilled to have a great first morning of resort skiing. And we were home in time to eat leftover turkey and watch ski racing live from Killington, Vermont. (Way to go, Mikaela Shiffrin!)