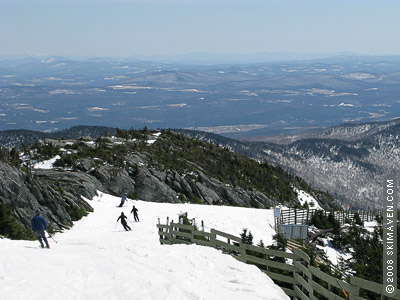 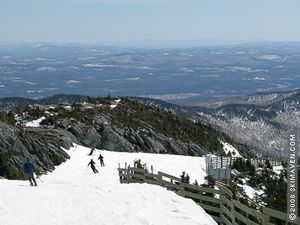 The Canadian owners of Jay Peak ski resort in northern Vermont have sold the four-season resort to a group of American investors. The investors include longtime Jay Peak president Bill Stenger.

Mont St. Sauveur International Inc., based in Québec, has owned Vermont's northernmost resort since 1978. The ski area is known for its high annual tallies of snowfall, challenging glade skiing, and for having the state's only aerial tram.

At a press conference on Tuesday of this week, Stenger announced the sale and major investments slated for the aging resort.

The first phase of upgrades is a $17.5 million investment to build a 57-room hotel. Ground will be broken immediately and the project will be complete by December 2009.

Phase II calls for an additional $78.5 million for updating the look of the resort's main buildings. The 30-year-old Hotel Jay will be razed in 2009-2010 and replaced with a 120-room hotel. A spa, conference center, bowling center, skating facility and a 33,000-square-foot water park are all part of the project, which should be finished by 2011.

About 55 percent of Jay Peak's clients are Canadians and about 80 percent of those are Québecers. One lunch break in the old-school cafeteria amidst French conversations easily proves that fact. The ski resort is within 90 minutes of both Montréal and Burlington, Vt.

The Montréal Gazette reports that a key investor in QResorts is Florida businessman Ariel Quiros, who owns property near Jay Peak. Stenger described him as a "close friend" and one of the people who responded to "a conversation" about Jay Peak's future that began about nine months ago.

I'm all for resort improvements, just as long as the lift ticket prices don't go up faster than their high-speed quad!