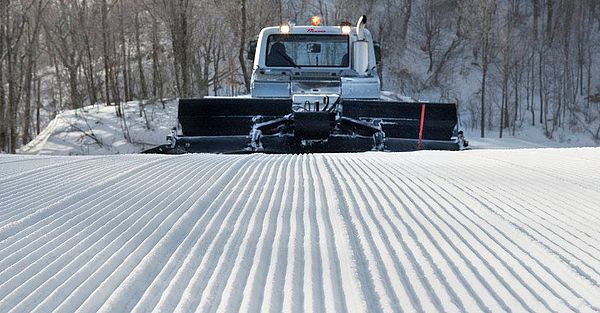 Bromley invested in some new snowmaking guns, pipe, an air compressor and a Prinoth BR350 groomer. The installation of the new centrifugal air compressor replaces three older models and increases snowmaking efficiency. In the base lodge, you'll notice some renovations and some more seating on the second floor. They also have a new generator that will serve as a back-up for lifts, the base lodge and the wastewater treatment plant if the power should cut out. It’ll also offer power for snowmaking when the electric company declares a peak alert day. 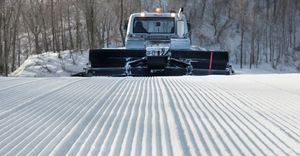 Magic has expanded snowmaking on to the Sorcerer trail with a batch of new high-efficiency, mobile tower guns. This brings Magic's snowmaking coverage to 75% of trails. In addition, there are enhancements to the beginner area’s lift service and a new, highly visible location for Magic’s terrain park and freeride area.

Mount Snow replaced more than four miles of snowmaking pipe to improve efficiency. Middle Exhibition has been outfitted with 11 new pedestals that will run portable fan guns. The resort installed a new moisture separator to the air compressor system and a new airflow meter to also increase efficiency. Some food service changes include the new Market Fresh Café in the Main Base Lodge and new Bullwheel Tavern on the second floor of the Summit Lodge. Mount Snow also invested in new rental equipment and renovated the Clocktower Building to streamline the flow through the rental shop.

Okemo Mountain installed 225 new HKD SV tower guns and made upgrades to its pumps and snowmaking pipeline. Rated as a blue-square intermediate, Okemo has a new glade that is 2,200 feet long and comprises 3.75 acres. Called Everglade, it begins on Whistler and runs between and parallel to Easy Rider and Sunburst. Other changes include new tables and chairs and restroom renovations at the Summit Lodge, plus new seat pads on the Green Ridge Lift.

Photo: Bromley adds one and Stratton adds three of these to their stables of groomers. Photo from Stratton Resort.