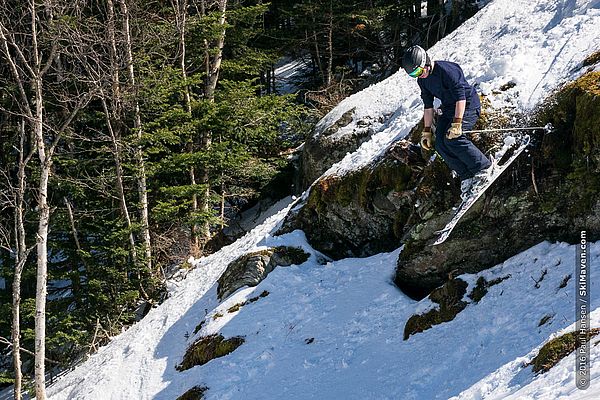 Dropping off some rocks on Upper Exhibition. 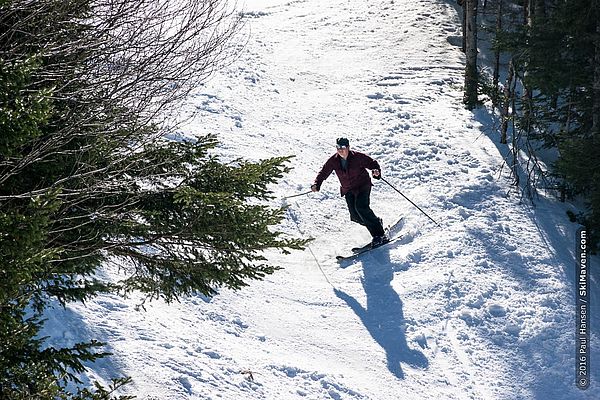 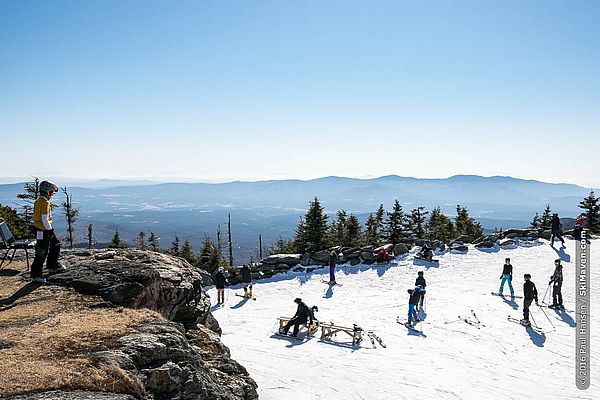 The view to the east from atop Madonna Mountain. 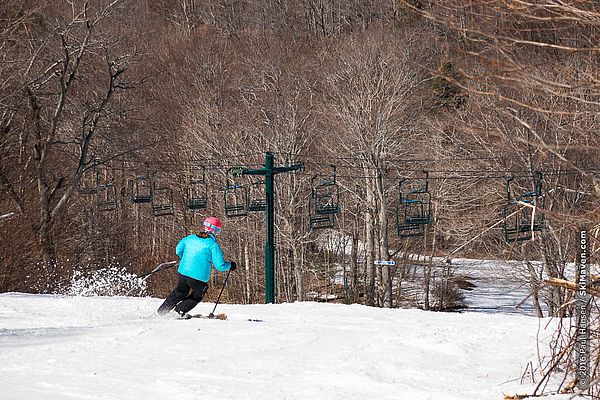 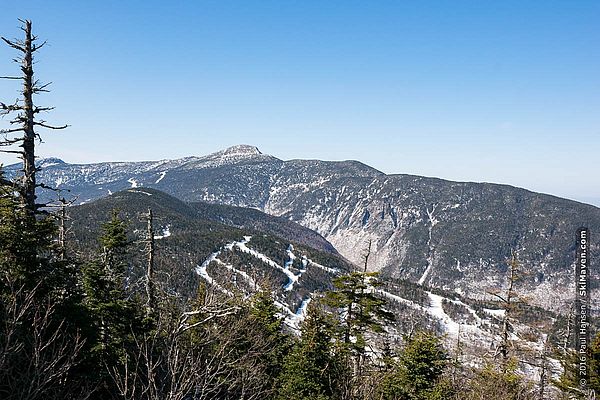 Looking over at Sterling Peak and Mt. Mansfield.

Another sunny, warm day in northern Vermont. It was nearly a requirement to hit the snow again!

The Skimeister and I spent part of Easter Day on the slopes at Smugglers’ Notch Resort. There weren't many people at the ski area, but those who were there were soaking up the sun, scenery and soft snow.

When we first got to the summit, we spent time taking in the views from the ski patrol deck above the summit terminal of the Madonna I lift. There you can get a 270-degree view that includes Mt. Mansfield, Camel's Hump, Lake Champlain, and peaks over in New Hampshire. Very nice, indeed.

The snow got very soft in the bright sun and warm temperatures. After lunch there were sticky spots and some wet spots. I really felt the resistance when I hit these areas. We actually skied in a glade today. We noticed that the recent fresh snow that was in Highlanders Glade was really sticky. You had to ski where others had traveled.

Most of the trails that were open at Smuggs had experienced snowmaking this winter (thank goodness for snowmaking!). Trails were now shrinking in some areas, so you had to look ahead to avoid grassy or dirty patches. FIS was covered but it was icy at late-morning. The other trails were much more fun to ski.

It was a treat to eat lunch outside on the deck at the base lodge and to hang out on the mountain in the sunshine. Hooray for spring skiing!