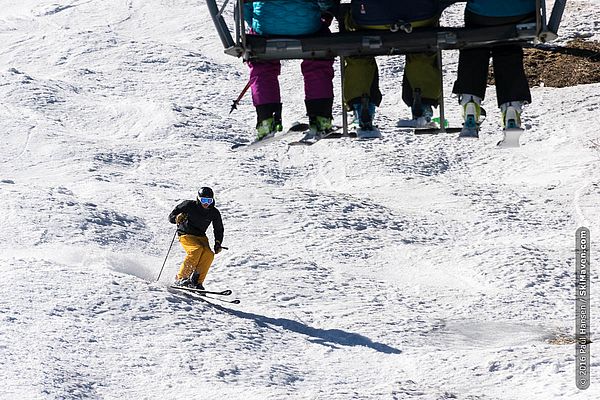 Ripping up Lower Ripcord at Lincoln Peak at Sugarbush, Vermont. 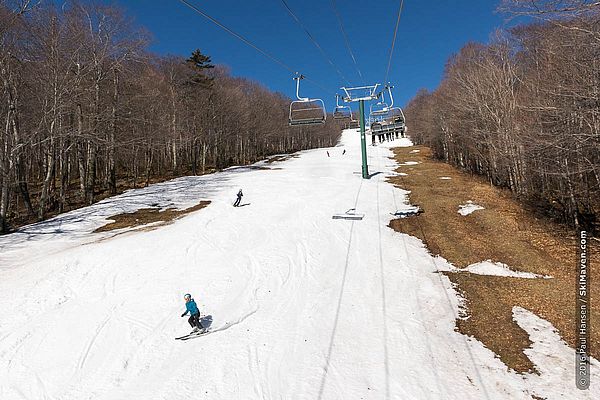 Turns in the bright sun on Hot Shot.

Nice turns on the corduroy on Snowball early in the morning. 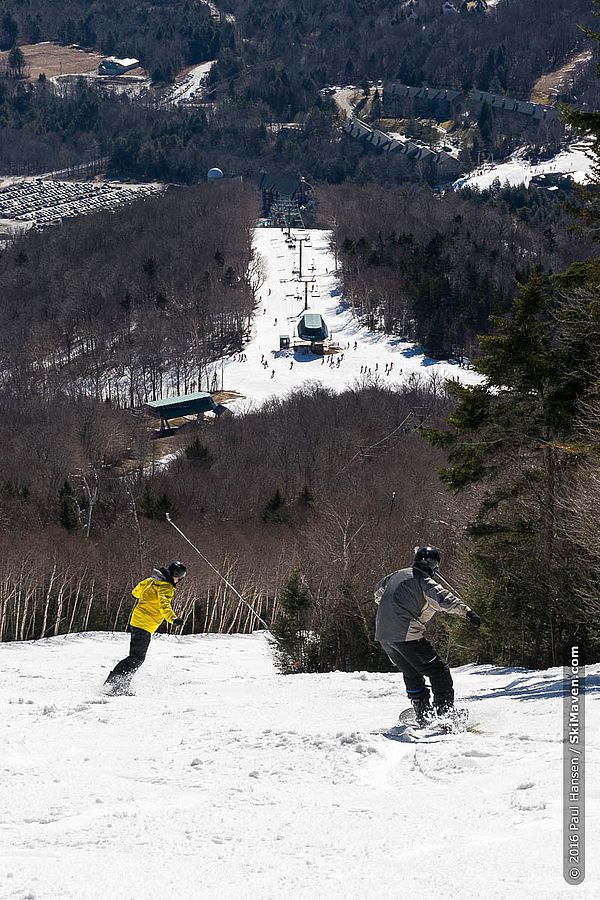 Snowboarding down the sunny Birches trail.

Taking in the view above the Heaven's Gate chair. 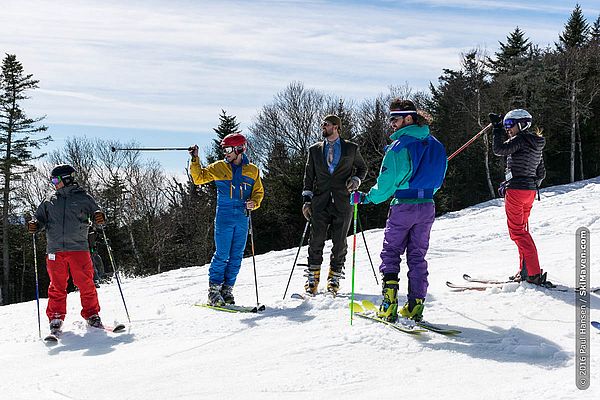 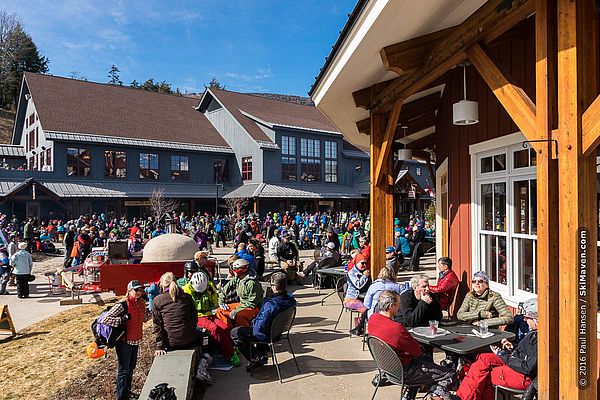 We got to Sugarbush early this morning to get in some spring skiing runs. What a day! Blue sky, warm temps, softening snow. It was all good.

As the morning and afternoon wore on, the snow at Lincoln Peak got softer and softer. However, on a couple of the higher and steeper trails (Ripcord and Stein's Run), the hard-packed base didn't soften up. You still needed good edges.

After nice warm-up runs on the freshly groomed Snowball and Spring Fling, we followed the sun to the North Lynx Triple Chair and getting some corn-snow turns on the sunny Birches trail and later on Sleeper. Off of the Super Bravo high-speed quad and new Valley House quad, the Spring Fling and Snowball trails softened up rather quickly as they soaked up the morning sun. At the top of the mountain, Jester was fun at midday. At twelve and one o'clock, Ripcord and Stein's were still really firm.

By late morning the slopes and lift lines became very busy. People were no doubt loving the weather and trying to use up their quad packs and passes. There aren't a lot of ways down the mountain (the natural snow trails are nearly bare and are closed) so as we skied among many others we stayed alert and let groups of skiers pass by whenever possible.

During the day, moguls sprouted on the sunnier trails. All the skiers and riders had been pushing around the corn snow into ever-growing piles. It was fun to try to hit them and get the snow to really fly!

After noon, the base area was the place to be — sitting in the sun with friends and a drink in hand. A portable pizza oven was popular as pies came out hot and were gobbled down quickly by customers.

Public Service Announcement: Spring skiing is not going to last very long, folks, so go out and get some while you can! Enjoy!