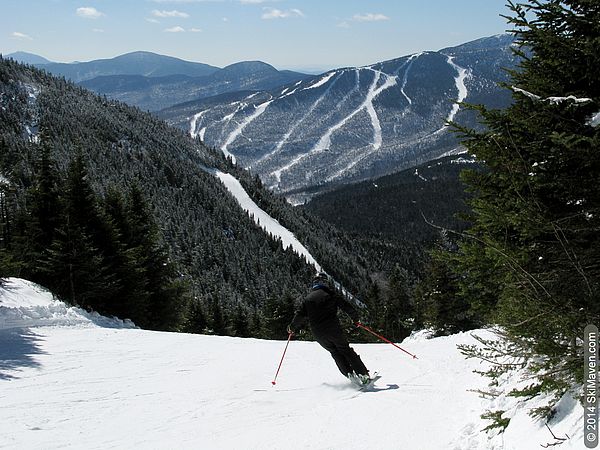 Making a turn on the Drifter trail with Stowe trails in view. 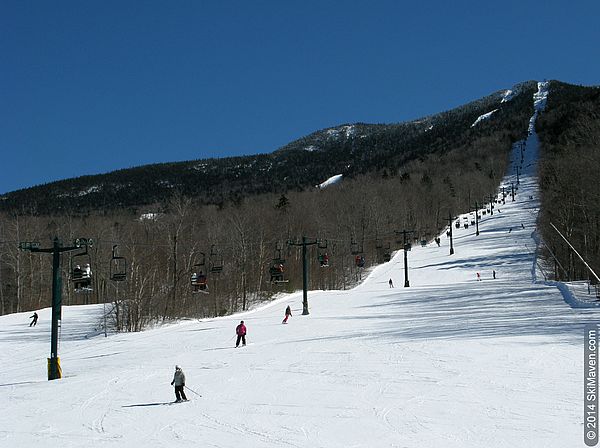 A busy Madonna I chairlift to the summit. 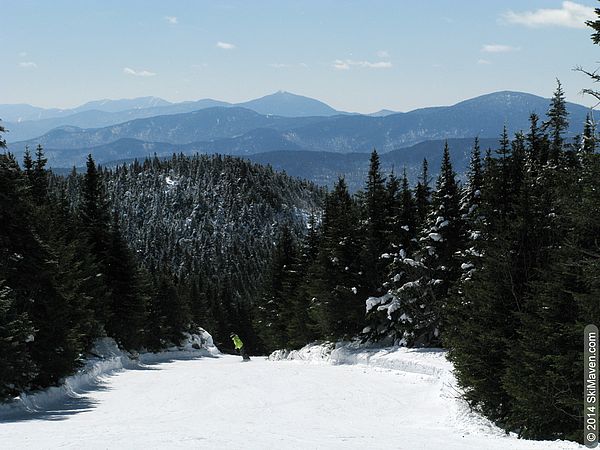 Great views all around -- here toward Camel's Hump and Sugarbush. 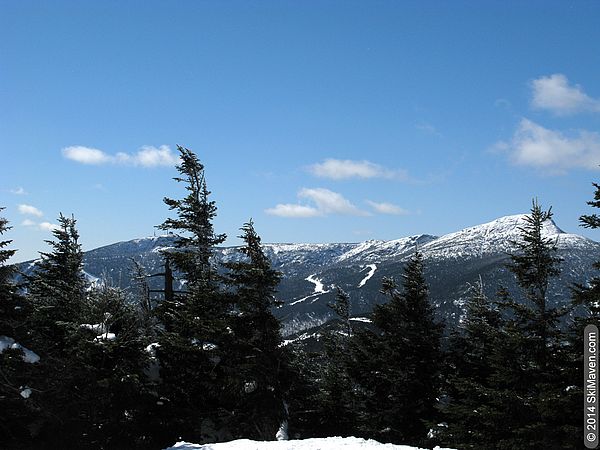 Felt like you could reach out and touch Mt. Mansfield. 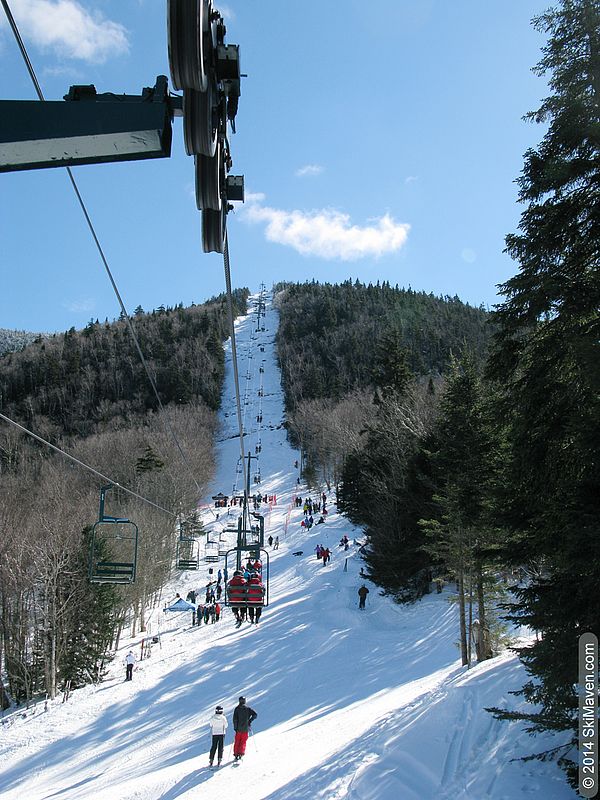 Watching the freeskiing comp from the lift. 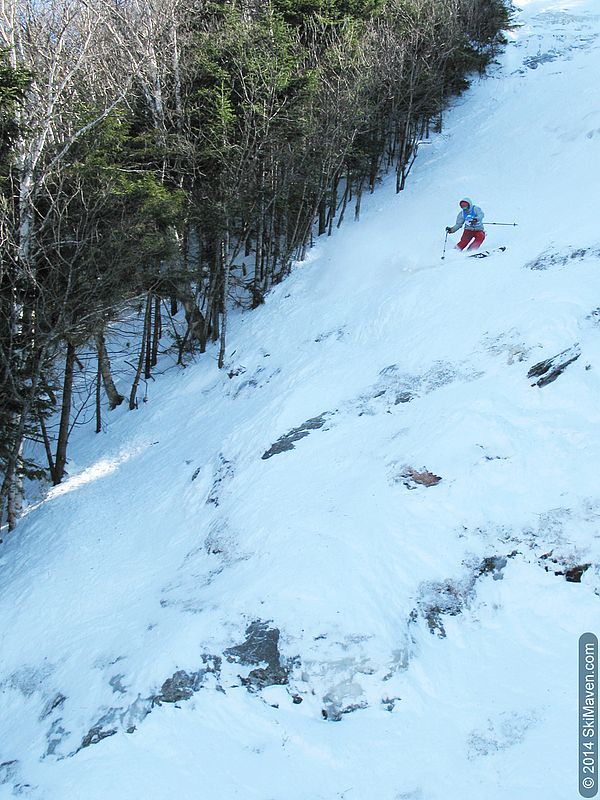 It was much too nice of a day to pass up the chance of taking runs at Smugglers' Notch Resort today. I slathered on sunscreen, bundled up, and hit the slopes.

The warmth of the sun was great but it did not turn the ski conditions into spring snow. It was still winter temperatures and we were skiing on wintry snow. When I was zooming down a groomed run I had to pull my balaclava up a bit over may face to keep warm.

I enjoyed skiing off the Madonna I and II chairlifts. The shorter “M2” really didn't have a line so that was nice to take laps on it. But if you took M1 you could watch competitors in today's freeskiing event. The skiers were tackling the ice and rock and steeps of Upper Liftline. Yikes!

I actually dipped into some glades today and found pretty good coverage. I definitely picked my way around small tree stumps, roots and rocks that were getting exposed, but it was fun. I skied in a glade that had been well-travelled and bumps had formed.

The forecast for northern Vermont calls for some snowflakes this week. Would be great to get some new, soft snow before spring skiing sets in!