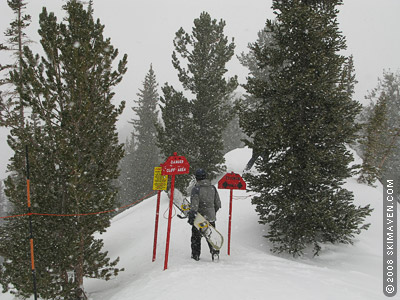 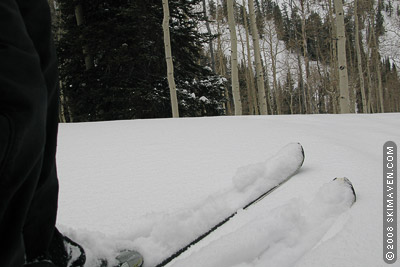 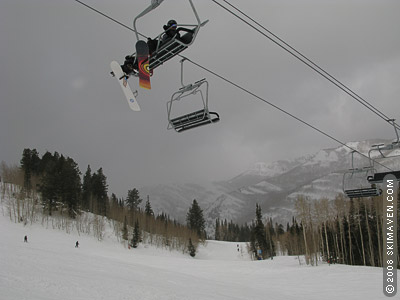 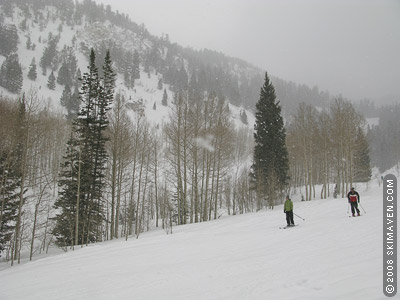 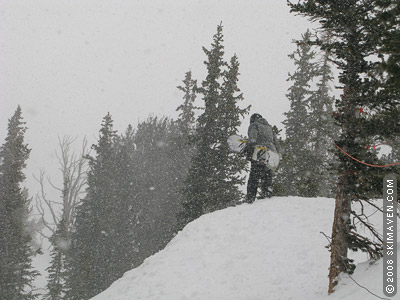 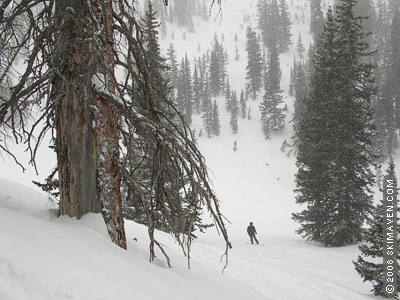 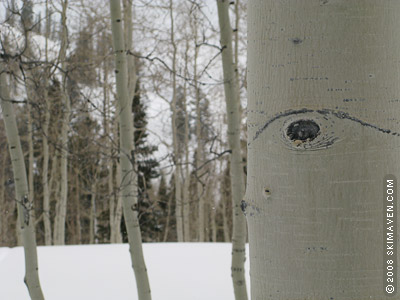 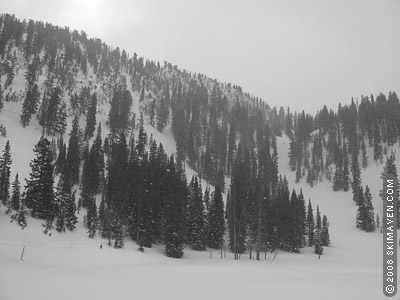 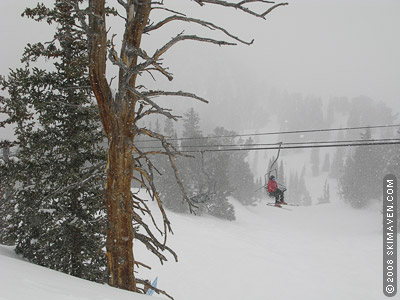 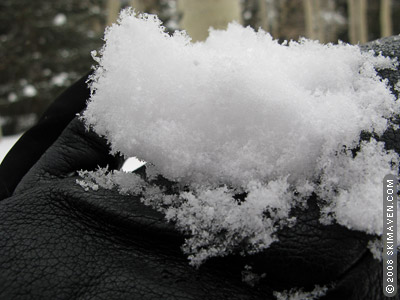 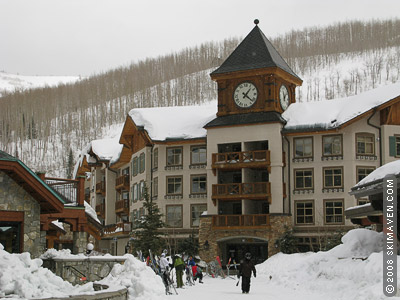 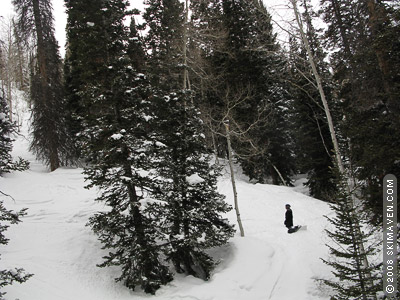 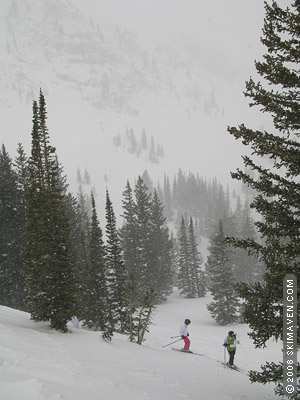 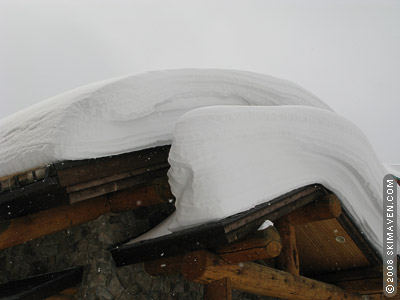 Solitude, a 50-year-old ski resort in Utah's Big Cottonwood Canyon, is billed as a best-kept-secret kind of ski area. For this reason, we decided to ski Solitude on our last day of our trip because it fell on a Saturday. We figured this was a good plan because droves of skiers from Salt Lake City (only 45 minutes from the slopes) could be hitting the larger resorts in the area.

I'm not saying that Solitude is small, but it's just more manageable and you are able to explore much of the mountain in a day, while still wanting to come back for more.

The lifts are slow here—there's only one high-speed quad—but that's part of the vibe at Solitude. It's mellow, and appeared to be family friendly, yet it offers aggressive terrain and some great glades.

My most challenging and fun runs of the day took place on the steeps and bumps of Headwall Forest and the powdery, and at times crusty, Buckeye Junior and Black Forest in Honeycomb Canyon. The Skimeister and I took a handful of runs in the canyon because it had some of the lightest snow and most fun glades, yet it didn't require much of a traverse to get to the goods.

It snowed much of the day and that put a nice, thin layer of powder on top of steep groomers such as Challenger and Serenity. The zippy Eagle Express lift accesses these trails as well as some great intermediate terrain.

Up on the Summit double chair, I enjoyed fun runs on Dynamite and Mine, which had been groomed the night before. This area features undulating trails where you can play in the powder off the side of the runs. Summit also carries skiers up to Headwall Forest and Evergreen, where I heard a lot of hooting and hollering on account of the powder. Yet on the facing ridge, on trails such as Parachute, the Skimeister found the snow had gotten crusty in the previous days' sunshine.

The lifts seem to do a good job in spreading out the skiers so you don't feel overrun even when the parking lot is full, as it was on Saturday. Most of the the lifts at this resort don't have safety bars, but luckily there were only a few spots where they were way off the ground. (I don't know if I'll ever get used to that!)

I took a pleasant lunch break at Solitude Village, which is at the base of the Sunrise, Powderhorn and Apex lifts. This is where the slopeside lodging is located and it's a cute little place. I grabbed a hot coffee at the Stone Hut, which also offered pizza, sandwiches, snacks, ice cream and dessert crepes. I munched on my peanut butter and jelly sandwich and Luna bar, knowing that we'd be doing aprés somewhere at the end of the day.

We took the UTA ski bus to and from Solitude after parking in the Big Cottonwood Canyon park and ride. They were forecasting snow, and we had a rental car without snowtires, so all this week we rode the buses up and down the canyons. The Skimeister and I had purchased a Superpass online; it gave us five days of skiing in the Cottonwood canyons plus free UTA bus rides for about $42 a day. We had comfortable rides on the buses except for the crowded Friday afternoon and Saturday time periods, when we had to stand. Still beats paying for gas or sliding into a snowbank.

The bus stop was right outside the doors of Solitude's attractive Moonbeam Lodge. This lodge has lockers and a nice cafeteria and a small bar. But for some reason the bar stopped serving food at 4 p.m. on a Saturday, even when they were supposed to be open until 6 p.m. Go figure. We went back to Porcupine instead, at the base of the Big Cottonwood Canyon.

I enjoyed closing my five-day Utah ski vacation at Solitude. It had great tree runs that still had soft powder even though it hadn't really snowed in a few days. It had fun groomed runs and interesting, varied terrain.

I ended my day alone on Sunrise lift and played around in the powder around the aspens and pines. This was a perfectly peaceful way to wrap up the day at a mountain named Solitude.