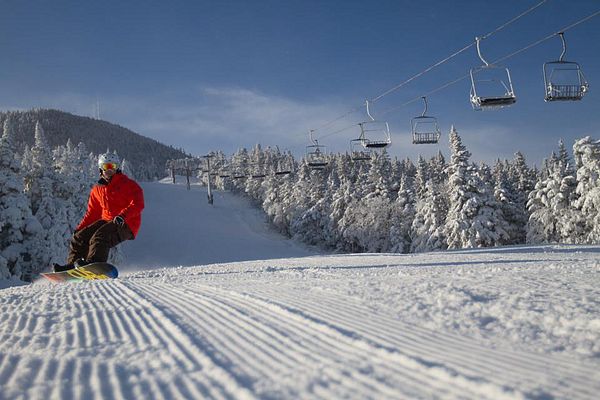 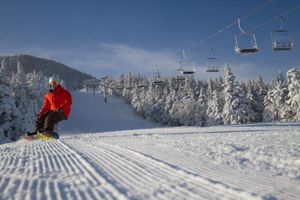 Yes, we haven't yet hit November — the time when several Vermont ski resorts target their opening dates — but we've got lifts spinning just the same! Mount Snow opened a small jib park with lift service for the weekend, while Killington opened a couple of trails serviced by riding the K-1 Gondola to the Northridge Triple.

The October 29 storm that made a snowy mess in the northeast last night dumped some snow on southern and central Vermont mountains. Not nearly as much as it did in western Massachusetts (up to two feet there!?), but enough to get skiers very psyched. 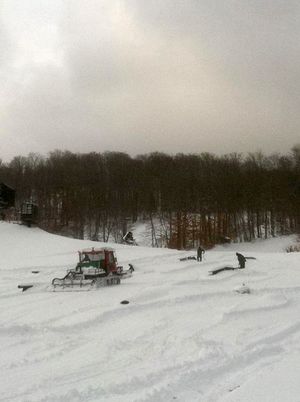 Killington received about 6 inches of snow Saturday night, while the Mount Snow area received about 12 inches. Northern Vermont mountains didn't get much snow due to the way the storm tracked.

Killington has announced that they will now be open daily, weather and conditions permitting.

Carve a pumpkin, or carve a turn for Halloween?