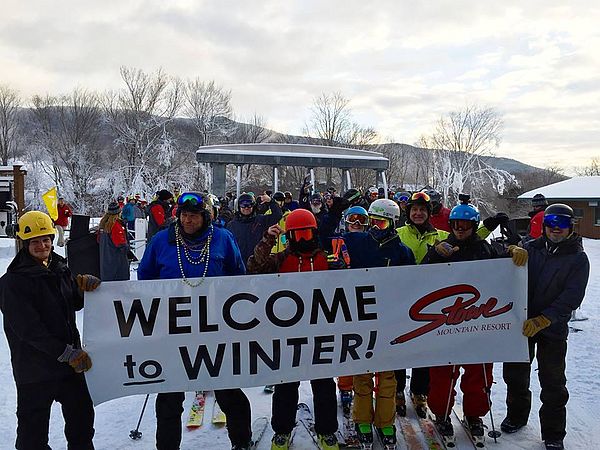 When will ski resorts in Vermont open for the 2015-2016 season? This question has been hard to answer. We've seen a warmer-than-normal November and early-December so snowmaking conditions have not been steadily optimal around the state. However, things were cool enough to allow several Vermont ski resorts to open Thanksgiving week or weekend. 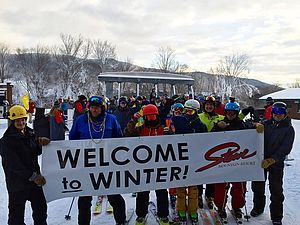 The trade group called Ski Vermont put out a list of opening dates on November 18, and we've updated them where possible.

All these dates are weather permitting — you must check the <link internal-link internal link in current>ski resort's snow condition page before you go! Also check if the resort is closed during some of the midweek, and if it has early-season terrain available for your skiing level. 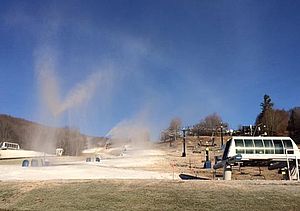 Photos: Above, Stowe Mountain Resort's opening day on November 25, 2015. At right, snowmaking at base of Okemo Mountain, Vermont, on November 18, 2015. Courtesy of the resorts' Facebook pages.