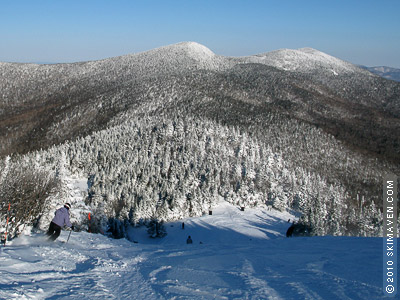 It’s mid-August and the summer in Vermont has been mighty fine, but many a skier and rider are already thinking about where they will ski this winter. Season passes are just one of the ways you can save some dough on the Vermont slopes. But, you have to estimate how many days you will ski at a resort to see if the math works out to your advantage.

Frequent skier cards, Vermonter lift ticket discounts, and a variety of special event ticket deals are also options, and we outline them starting in the fall when details become available from the Vermont ski resorts. To see last season's posting on this topic, <link http: www.skimaven.com post vermont-ski-ticket-deals-discount-lift-tickets-for-2011-2012-for-vermont-residents-and-all-skiers external-link-new-window>follow this link.

But in this blog post, we’ll give you an idea of WHEN you need to make a decision on whether you are going to put down money on a season pass this year. Grab your calculator folks, the season is approaching quickly!

Smugglers’ Notch sets September 3 as their early-bird discount deadline for season passes and Bash Badges. The Smuggs website says college students have an added alternative of a combo-pass with Bolton Valley; best price before November 2.

Sugarbush’s best season pass rates are obtained by September 12. The resort has two peaks, and there's an option of a Mt. Ellen-only pass that saves you money. For college students, there's a pass that combines Sugarbush and Mad River Glen; buy it by November 7.

At Bolton Valley Resort, the best deal on a season pass is had by September 24. For their ticket pack called the Powder Pass, you'll want to buy that before December 14. 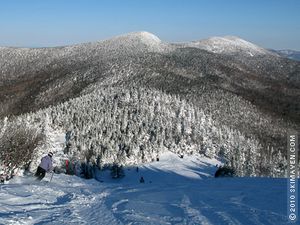 Jay Peak’s and Burke Mountain Resort’s best season pass rates are offered by October 15. Since Jay Peak purchased Burke Mountain Resort earlier this year, skiers can now buy a dual pass if they so desire. Heads-up for Burke faithfuls: Their website warns that they “made some changes to our season pass categories and age requirements.” Also looks like Jay is bowing out of the three-resort college pass ("Triple Major"; Jay-Mad River-Bolton) that they once were a part of.

Mad River Glen passes cost less when you buy them by October 15. New this season is a pass for college students that's also valid at Sugarbush; buy it by November 7. As for the Mad Card ticket packs, families should purchase them by October 15; individuals by December 15.

At Cochran's Ski Area, early-bird deals are had by November 1, or by November 15 if you purchase them online.

Mount Snow and Magic Mountain season passes are at their best rates before October 8.

Stratton skiers and riders get their best values on season passes by October 8. A couple of their pass options also allow for skiing at Okemo and Mount Sunapee ski resorts.

At Killington and Pico resorts, get your best deals on season passes by October 11. But, if you are a college student, lock into your pass by August 30. New this year: Pico pass holders can add on a Killington upgrade to their passes so they can ski or ride at Killington one day a week on the days when Pico is closed. Also new at Pico this season, a $75 K-12 Vermont student pass.

October 15 is the early-bird discount deadline for Bromley season passes. Value ticket packs of five or more tickets can be purchased by December 5.

According to what I see on their website, Okemo seems to make folks buy their passes by April 30 of the previous ski season to get an early-bird rate. Guess you’re out of luck on that one now.

Are you in your 20s but aren’t eligible for a college student ski pass? You may find a special season pass deal for your age bracket at ski resorts such as Okemo, Mad River and Sugarbush. (Lucky bums.)

Enjoy late-season skiing in the warm sunshine? In the spring, check for free end-of-season skiing offerings that are part of next year’s season pass benefits.