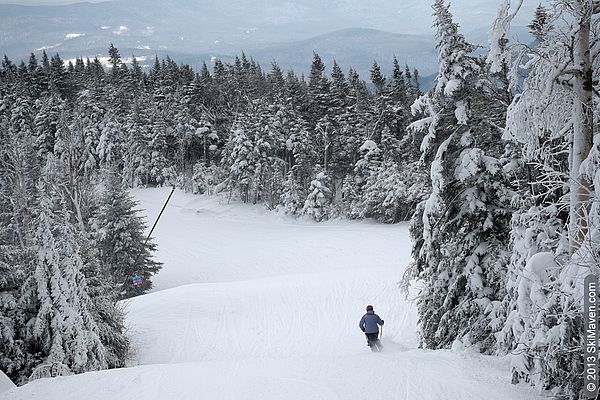 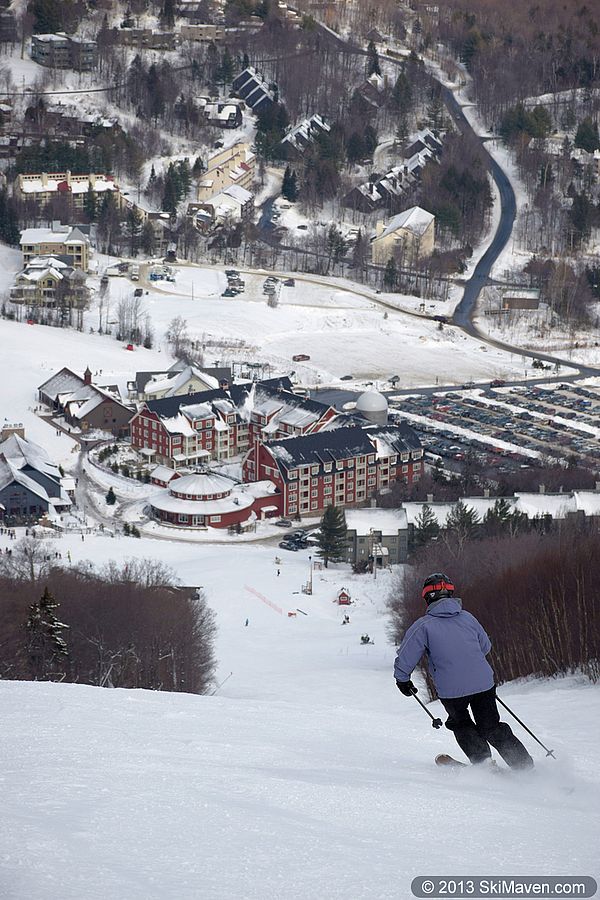 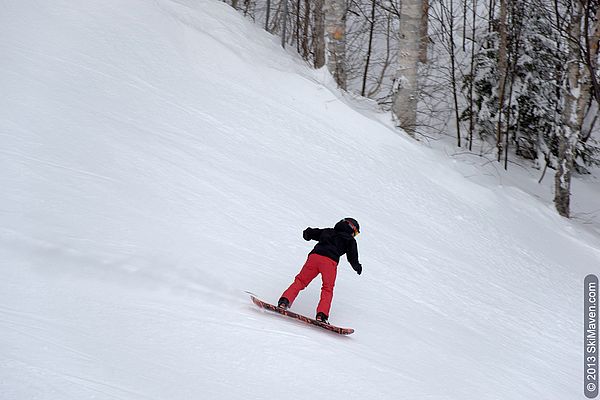 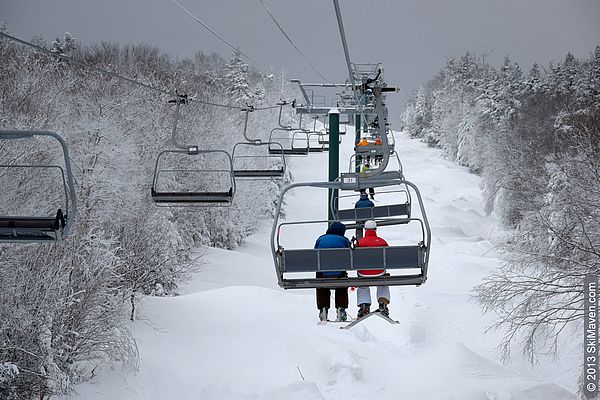 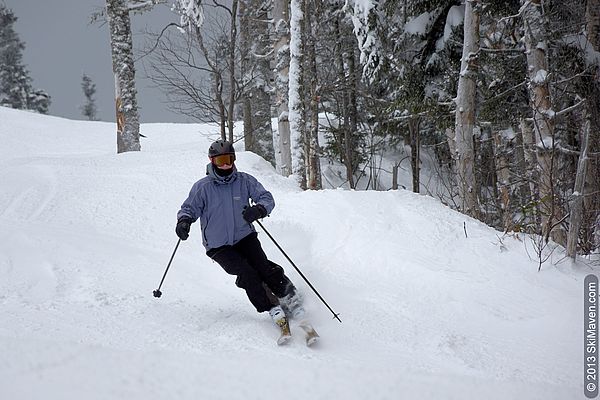 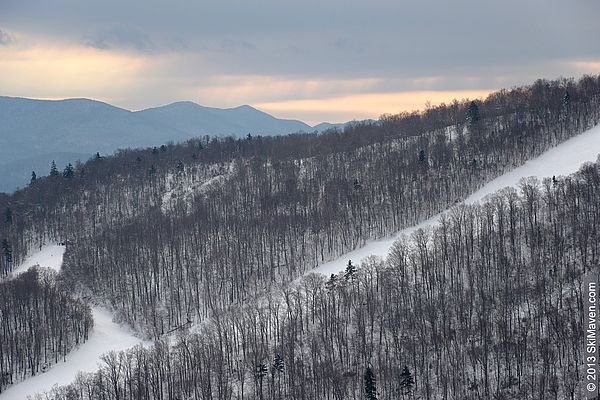 As warmer temperatures moved into the region, so did the wind. We had a breezy, easy-going ski at Sugarbush today.

The Skimeister and I made turns off the Super Bravo quad and the Gate House quad — both high-speed lifts on the Lincoln Peak side of the resort. (The Mt. Ellen side of the resort is slated to open tomorrow, just in time for Christmas break.)

It turned out that the Heaven's Gate chair, which serves the summit of Lincoln Peak, was closed today. Surprisingly, it wasn't due to wind. It's down for maintenance and the ticket sellers said the resort is hoping to reopen that high lift on Saturday.

We made laps mostly on intermediate trails and only waited in line long enough for our tickets to be scanned by a friendly liftie. Gotta love midweek skiing!

Our favorite runs were the wide and well-groomed Spring Fling off of the Bravo chair, and Hot Shot and Waterfall right under the Gate House chair. We've had a good deal of snow lately so the natural stuff on the sides of the snowmaking-covered trails was always fun to dip into.

On the trails that caught today's wind, there were some spots where the wind had scoured off the soft surface snow. But a scoured spot means the snow was dropped somewhere else. We typically found these powdery spots on the sides of the trails. Good stuff.

We decided not to hit up a couple of trails that featured giant whales of manmade snow. These included Stein's Run and Murphy's Glade. We'll wait to hit those after the whales have “migrated.”

And we also stayed out of the woods for the most part. We just snuck in a couple of places at the very edge of the trails and found nice powder, but there's not enough base to cover all the things it needs to cover up.

The Skimeister and I took a break sitting next to the sunny windows in the Gate House Lodge. The sun was out for part of our ski day and it felt good to soak it in.

Then it was time for more runs off of the high-speed lifts. Zoom!

Our “last run” was at the bar at Ake's Den in Waitsfield, where we enjoyed hot wings and cold beverages. We had a great day in the Mad River Valley!

Magic Mountain announced today that it will open on Saturday. Their opening date apparently has been difficult to pinpoint; it's moved a number of times as they assess snow conditions. Cochran's Ski Area opens Friday night, under the lights.