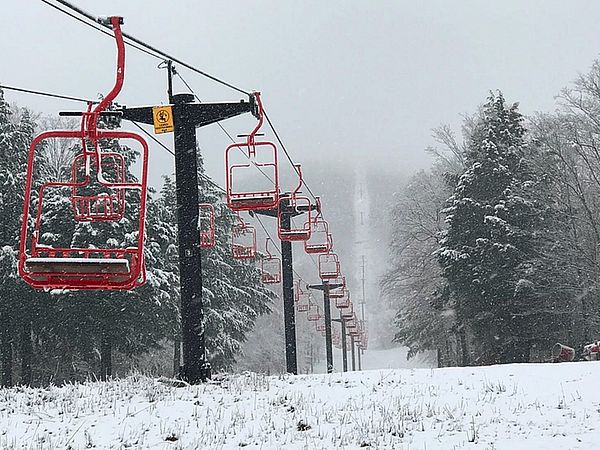 With the addition of Burke Mountain to the list of open ski areas this weekend, and the re-opening of three other areas, you'll have the choice of 10 ski resorts in Vermont to choose from this weekend. It's early season and there's limited terrain available, so check on what trails are open at the resorts before you jump in the car.

You'll find a scrollable list of snow conditions on our Vermont Snow Reports page, and a link to each ski resort's snow condition report on this page.

Other ski areas are slated to open in the next two weeks. See our post on resort openings, which we update.

Meanwhile, in southern Vermont the new owners of Magic Mountain ski area announce on their new website: "It's been a while coming, but the deal is now officially done." The sale has been in the works for months but was finalized on November 21.

The small ski area has been getting some TLC this summer and fall as they ready for the ski season. The new owners are working to make their lift ops more consistent and improve snowmaking. But don't expect a swanky, pricey transformation. The new owners grew up skiing at the ski area and want to keep the place down-to-earth.

I don't know about you, but my sisters and I got our start skiing at small, affordable ski hills. In a world of mergers and consolidations, it's great to have people step in and keep a small ski area running independently!

Here's a link to a news story about the sale of the ski area: VT Digger.