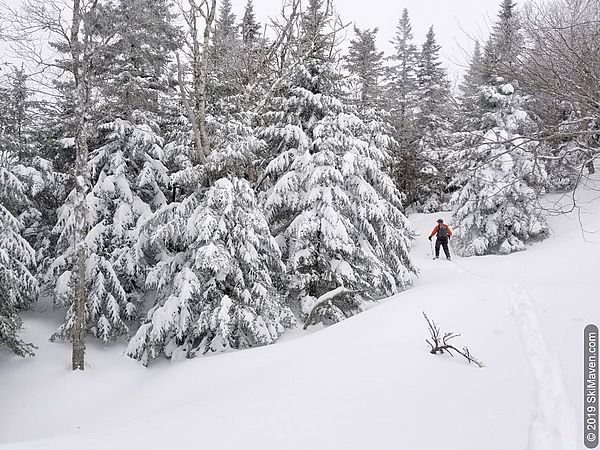 Breaking some trail in deep snow in Bolton, Vermont. 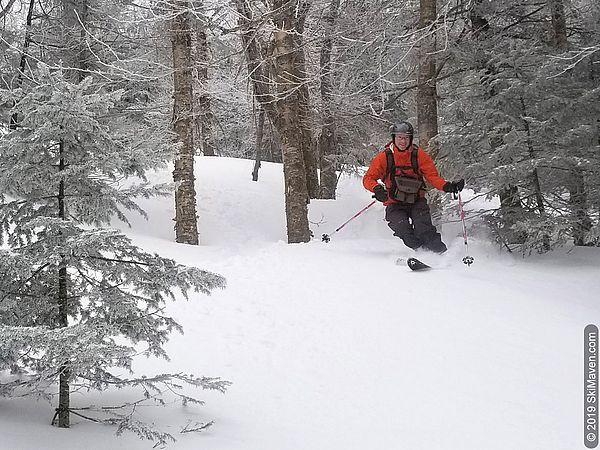 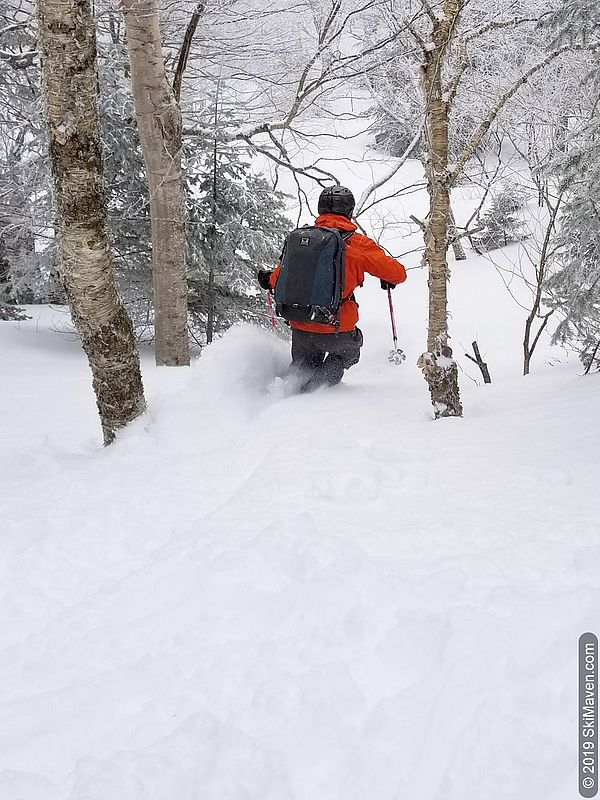 Wow! I think Friday's snowstorm was an over-achiever! This morning when we ventured into the Bolton, Vt., backcountry trail network, we measured at least 18 inches of new snow!

It was a good thing we were in the backcountry, too. Some ski resorts had lift closures due to the wind. But where we were, it didn't matter! We were earning our powder turns.

The powder had a medium consistency. If we got going fast enough we could kind of surf the top inches of it. If we slowed down too much, the deep snow would just stop us. We also discovered we couldn't lean back too far on our tele skis or we would just sink our tails into the snow — and do a wheelie. It was pretty humorous.

The wind had made some drifts and some very cool patterns in the snow. The snow was definitely wind-affected — some places more than others.

The snow was deep enough that we sought out steeper angles. On the steepest pitch I skied this morning the snow sloughed down below me as I made parallel turns in the powder.

Did you get out in the pow today???