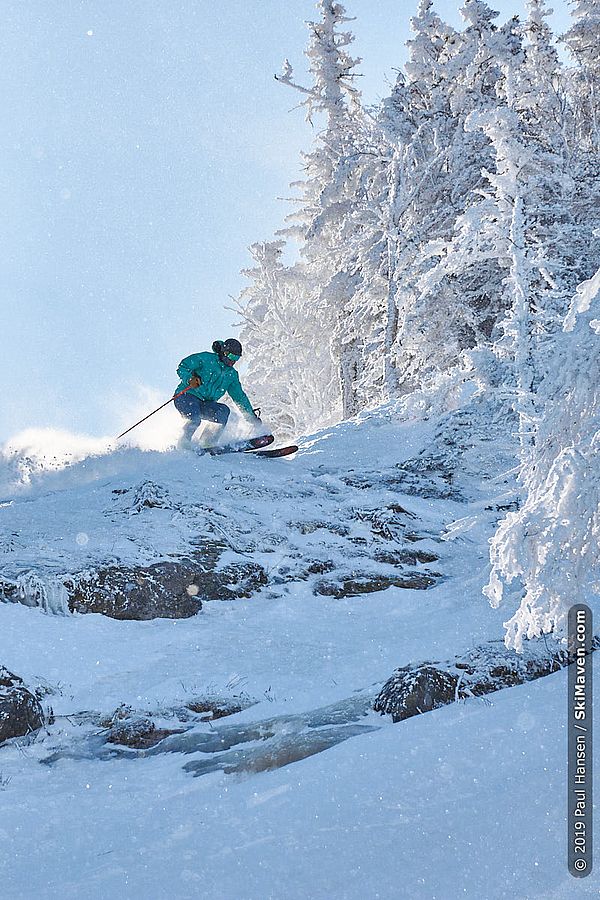 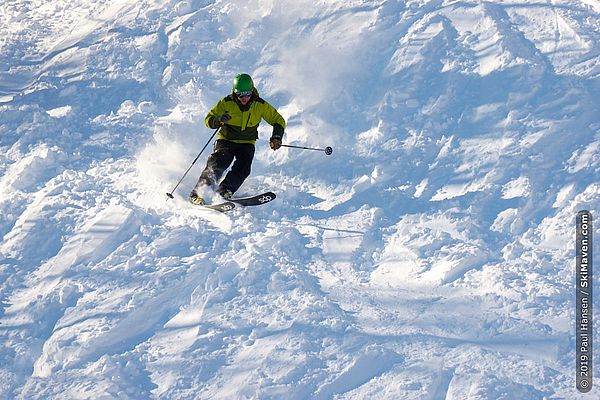 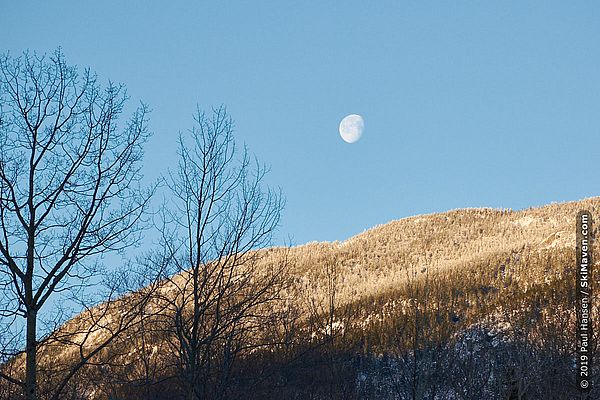 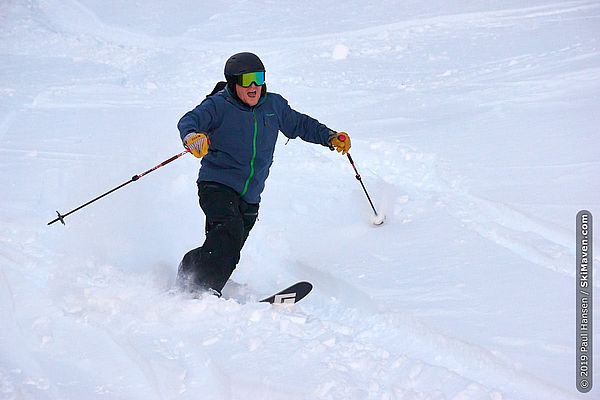 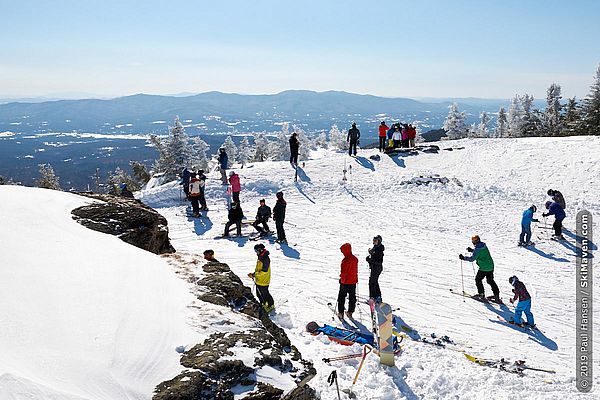 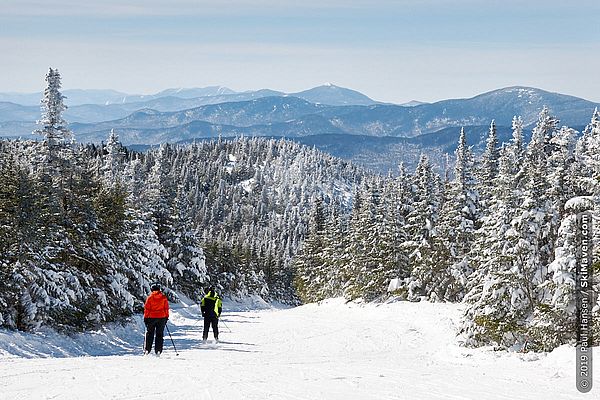 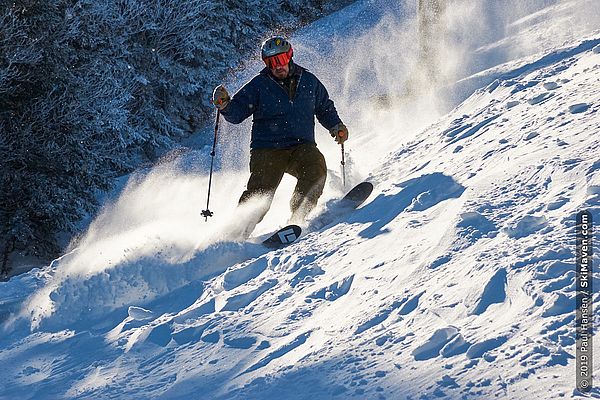 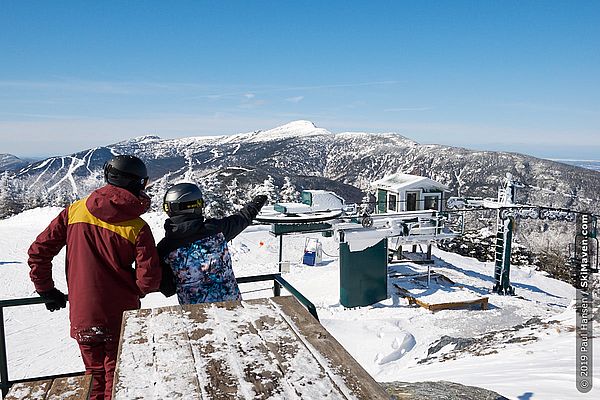 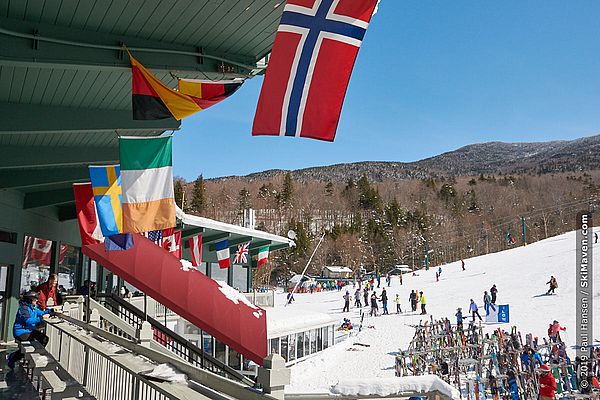 After a day and night of heavy snow, followed by a day of high wind (and lifts on wind hold) — today was the right day to hit the slopes at Smugglers' Notch Resort near Jeffersonville, Vermont. Another draw for Smuggs? The main Madonna 1 chairlift had been on wind hold all day yesterday, so the entire upper mountain would be practically untouched.

The snow report pegged the storm total at 23" and it was all there: sometimes piled into giant firm drifts, sometimes wind-kissed, and sometimes quite fluffy. In places, the snow was quite sugary and lit up in the sunshine like glitter. While the deep, fresh snow and rime ice were reminiscent of mid-winter conditions, the warm sunshine and high-30s temperatures told you that it was late March. Lift lines are more pleasant in the sun, too — and the runs never felt crowded even on a busy primo day.

The Madonna 1 lift started out the day with a brief wind hold, so I took a couple of warm-up runs on Sterling Mountain. The warm up paid off when I made my way over to Madonna Mountain. I lucked out and caught Robin's Run shortly after the rope drop. This trail is a narrow, rocky staircase and conditions on it degrade rapidly with each rider. Lower Black Hole was great too. The dense and blowing snow had really filled everything in. I found that the skier's right side of the ridgelines held snow that was a bit softer. This meant that Shakedown had seen more wind than Doc Dempsey's Glades, for example. On Shakedown, my skis even made a faint sound as they tore through the textured surface of the snow.

When my legs got tired, I took a cruise through the sunny intermediate Bermuda Glade. Plenty of other folks were enjoying it too, taking in the peaceful wooded views of Madonna Mountain.

Warm temps are coming later this week, with sunshine all along the way. It's quite possible we'll fit in another snowstorm this season. At the very least, we are set up for some stellar spring skiing!