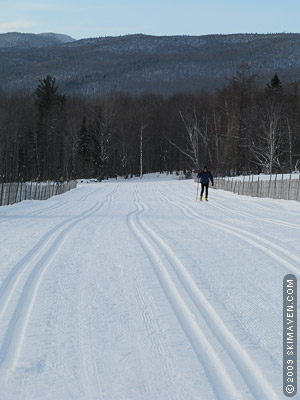 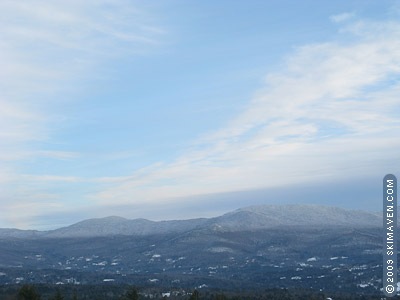 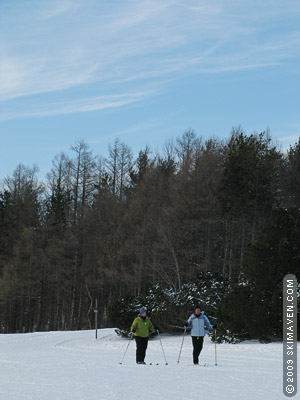 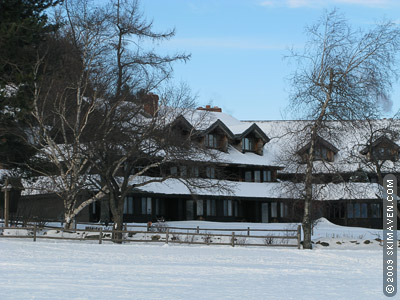 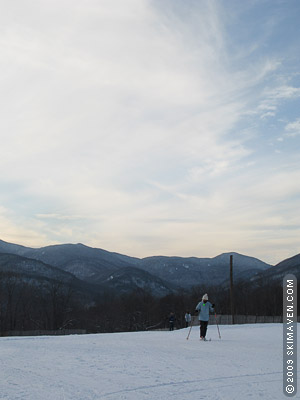 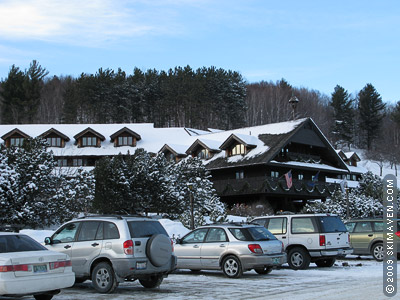 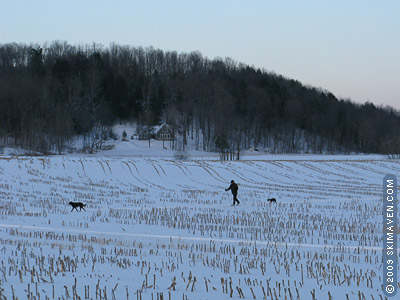 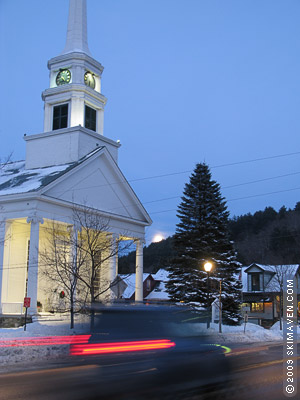 I thought I'd share a few photos with you from Stowe and the Trapp Family Lodge cross-country center. I had a really fun and informative day of nordic skiing on Saturday as part of the first-ever Catamount Trail Association's Ladies Expo. More than 100 women descended on the center to get coaching in classic and skate cross-country skiing and backcountry ski techniques.

Everyone I spoke with had a terrific day. The sun was out most of the day and we were doing all sorts of drills so we generated enough heat to stay warm. Last week's snow did a great job covering Trapp's practice meadow and trails. I was on the meadow most of the day, first working on gliding more efficiently in my classic stride, and later trying to perfect my telemark turns. I've really hit a breakthrough on the tele turns, thanks to my new plastic boots and finally understanding that I need to put most of my weight on my back foot in order to turn. It's about time!

We all congregated for lunch in the Trapp Family Lodge — I had never been inside before and what I saw was nice. The food was tasty and the service was attentive, as well. I was fortunate to be able to demo some Rossignol Evo skis and I enjoyed them. Although, I didn't glide as long as some of my classmates in their longer waxable skis. That's the price you pay for not having to wax, I guess!

I had my hands full during the clinics, but I took out my camera at the end of the day to take a few scenic shots at Trapps. I ended the day with a maple latté at the Stowe Coffeehouse, near the three-way intersection in Stowe Village. As I left I saw an enormous winter moon rising over the hill. I tried to get a shot of the famous Stowe Village church and the moon, but it was tough. I also took a shot of a man cross-country skiing among the stubble in a corn field. He was taking his dogs for a walk — Stowe style.

Cross-country skiing and Stowe always make for a fun day. I'll be back again this season, for sure. In addition to revisiting the Trapp trail network, I want to hit the trails at Stowe's other fine nordic centers, such as the Mt. Mansfield touring center.