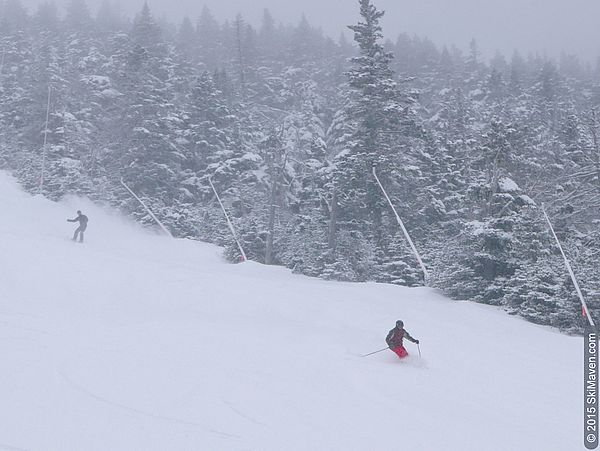 Early birds reveled in the new snow this morning atop Lincoln Peak. 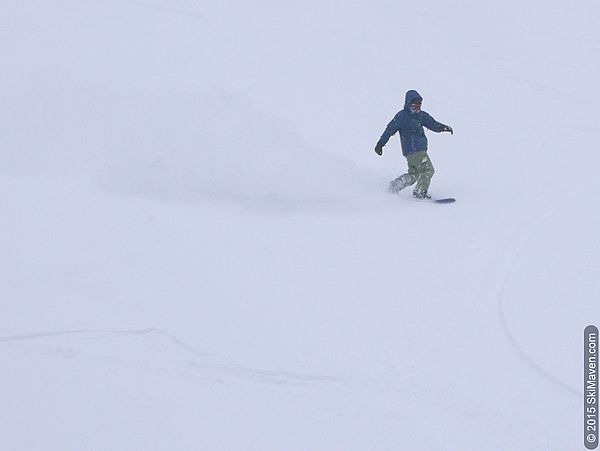 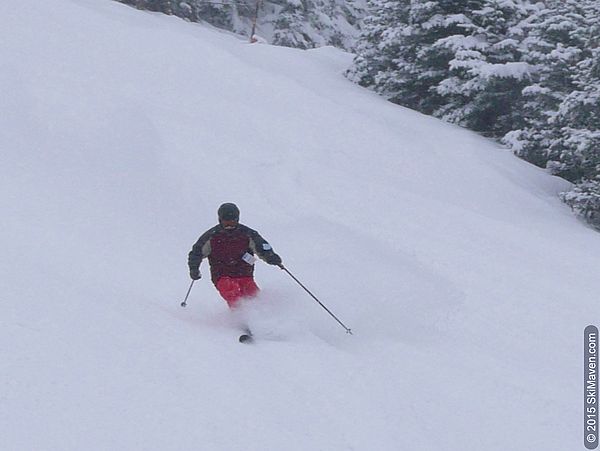 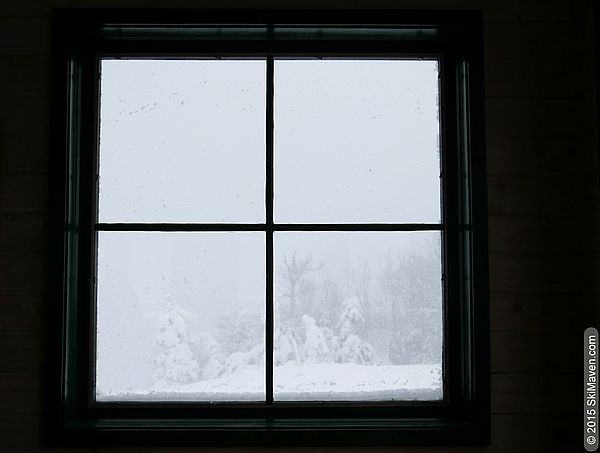 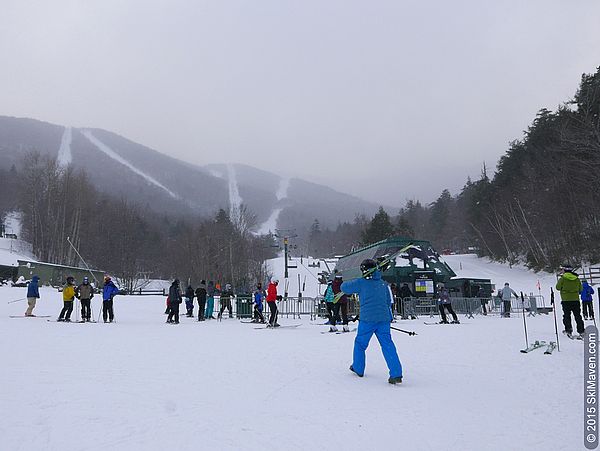 Well my friend and I hit Sugarbush at the right time on the right day. We arrived at Lincoln Peak just as a snow squall was starting to affect driving in the area. We booted up and were two of the first people on the Super Bravo Quad. And we were among the first to ride the Heaven's Gate lift and enjoy silky smooth powder runs on Ripcord. It had been groomed overnight and had picked up three inches of snow in the morning. It was super-fun!

I could hear my skis rumble along the corduroy beneath the new snow. I felt a constant spray of light powder against my shins as I turned and left a wake of snow behind me.

The snow squall lasted for a couple of hours so we just kept doing laps on the Heaven's Gate chair. We did jump into Paradise Woods shortly but then headed back onto the all-natural Paradise trail and back to Ripcord; the snowmaking trails offered a much better base beneath the fresh snow.

We briefly ducked into Allyn's Lodge at the mid-mountain to get some water and wipe off our faces that were wet from heavy snow. It's a nice little lodge with a fireplace and snack bar; I hadn't been in it before.

We zipped through the new snow while careening around the corners of the Jester trail. We amused ourselves by skiing among giant snowmaking whales on Downspout (they were huge!). Later, I ended up taking a spill on the mogul-filled Spillsville. I hugged a snowy mogul as I fell and I don't recommend doing that! Ouch!

The rest of the day featured some sun, some snow, and laps on the Super Bravo Quad. We found a sweet gladed area off of the busy Snowball trail. It was called Eden. The well spaced trees held little powder stashes between them. I definitely hit some rock and stumps here and there under the new snow, but we were quite pleased to discover this little gem on a powdery day at Sugarbush.

Sugarbush Resort at a glance