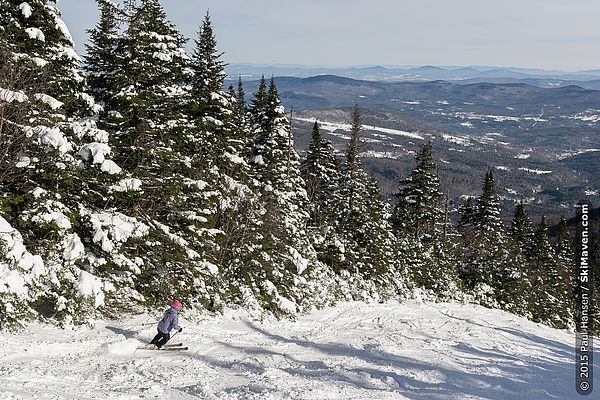 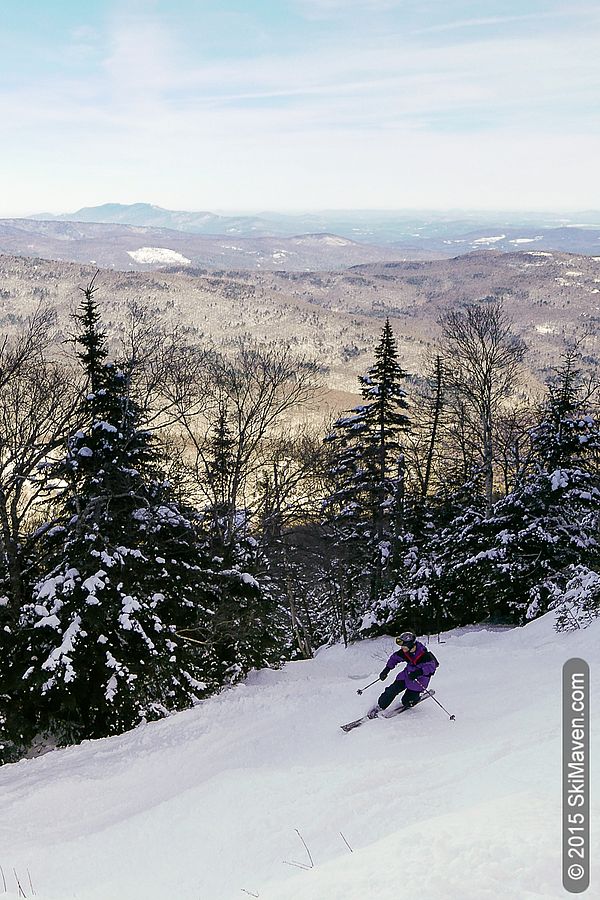 Dropping a knee on Fall Line. 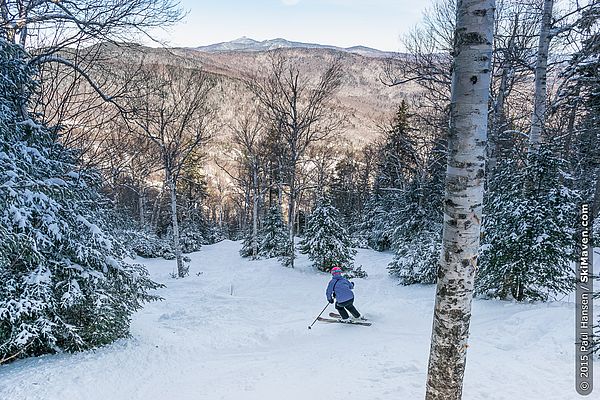 A look over to Canyon. 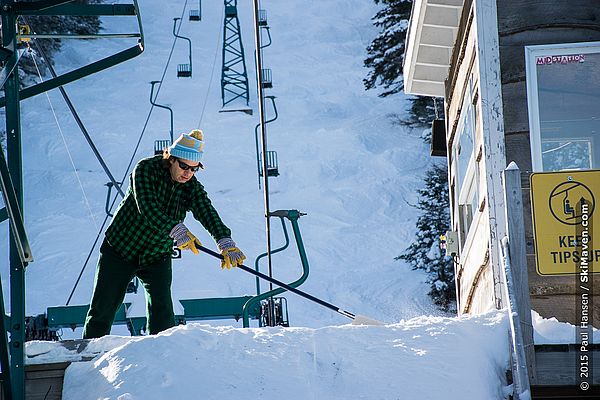 The music master at the Single Chair Midstation. 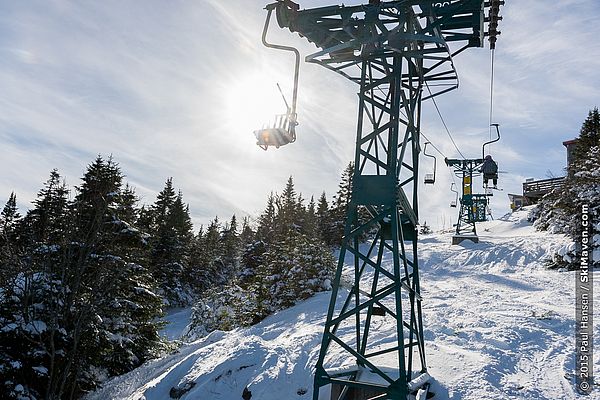 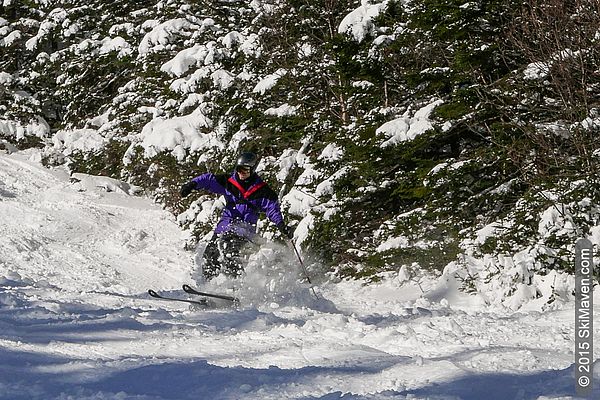 An explosion of snow.

Midweek skiing is the way to go when you can make it happen! We enjoyed a half day of broken powder, bumps, powder, and groomed packed powder at Mad River Glen today. There were no lines at all and the trails were ours for the choosing!

Mad River is one of the Vermont ski areas that has been accumulating some snow lately — most recently a reported eight or more inches on Monday. The cold has kept traffic light during this midweek but today the temperatures, sunshine and lack of wind made things quite comfortable. In fact, even though it was probably in the teens on the mountain, I found out I was overdressed when I started hitting the powdery bumps on Catamount Bowl! Woo-hoo!

On the expert trails, we skied a lot of bumps that had powdery tops and scratched off areas as well. You had to watch for rocks and hardpacked snow that got exposed. Luckily, the new snow was not super-light and it's sticking pretty well to the trails. Natural snowfall is key to MRG's operations, as they really don't do snowmaking.

In addition to Catamount Bowl, we enjoyed snowy, bumpy trails such as Lynx, Beaver, Moody's, Ferret, Upper and Lower Glades, Fall Line and Creamery. These are accessed from MRG's famous Single Chair.

In the afternoon during this time of year, the sun ducks behind the mountain so we chased the sunshine over to the more mellow Sunnyside Double. We enjoyed both ungroomed and groomed turns on trails such as Quacky, Snail, Periwinkle and Loon.

We sought out fresh tracks wherever possible — including in the trees and at the sides of trails. It was great to get some powder turns in!

Mad River Glen is such a laid-back ski area. We really enjoy going there during the week when there has been some fresh snow. And their old-school base lodge is complete with a comfortable bar with Vermont brews (and rootbeer on tap!), a fireplace, big windows and tasty food that is not overpriced.

Tip: Share the sandwiches that you order in General Stark's Pub. They are generous!