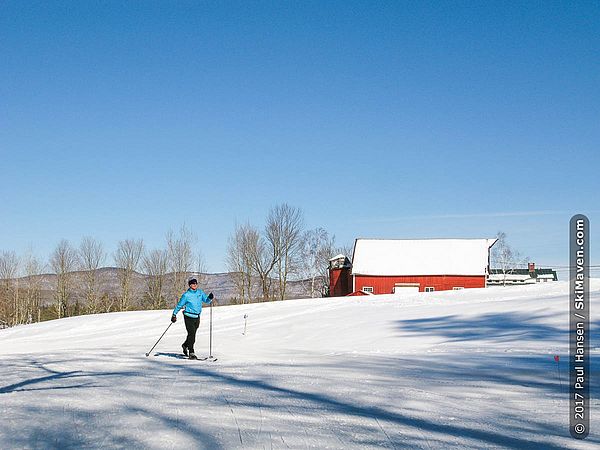 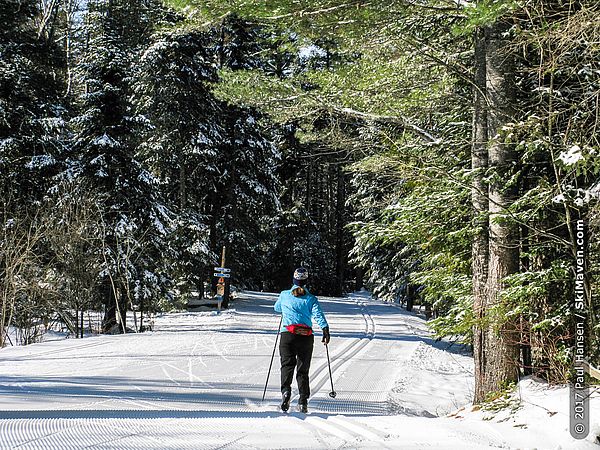 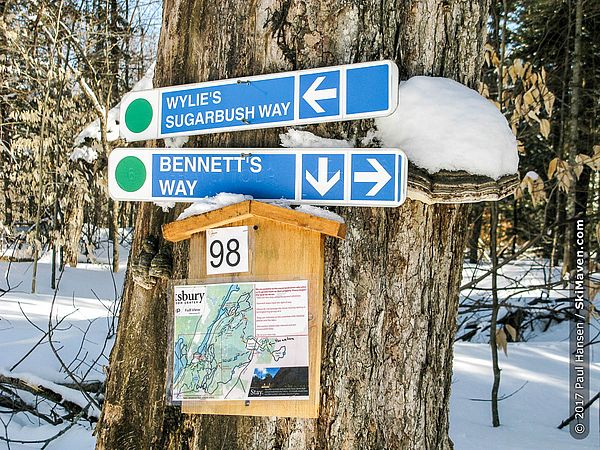 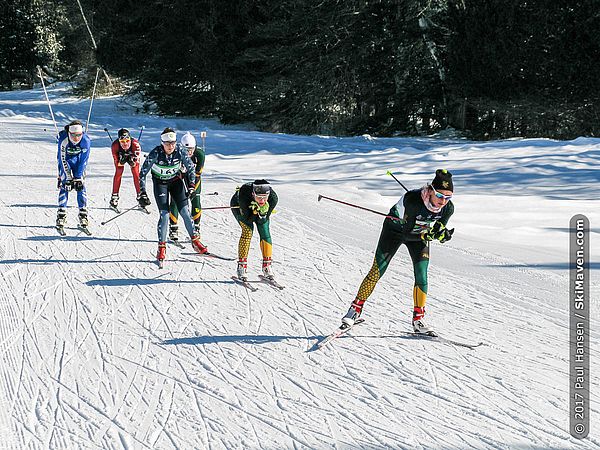 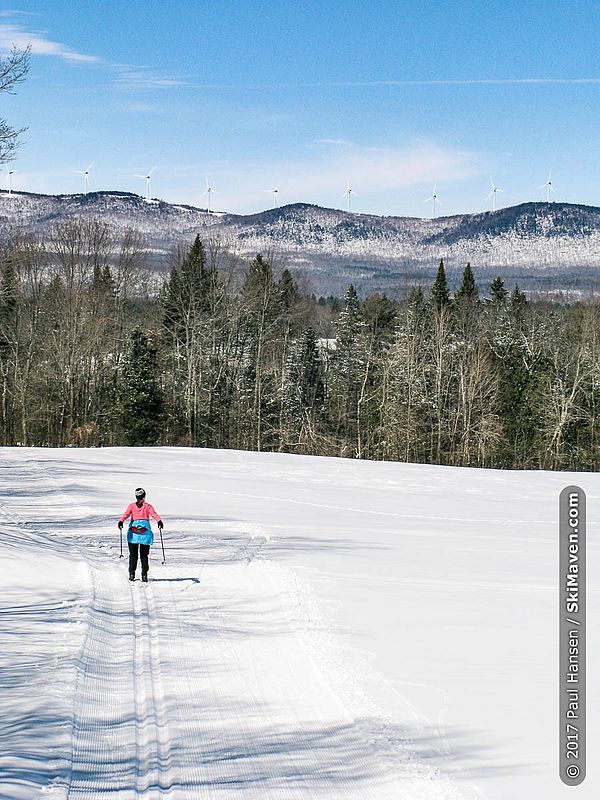 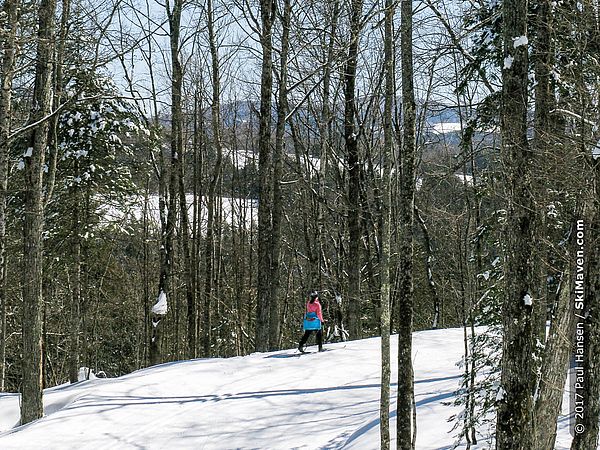 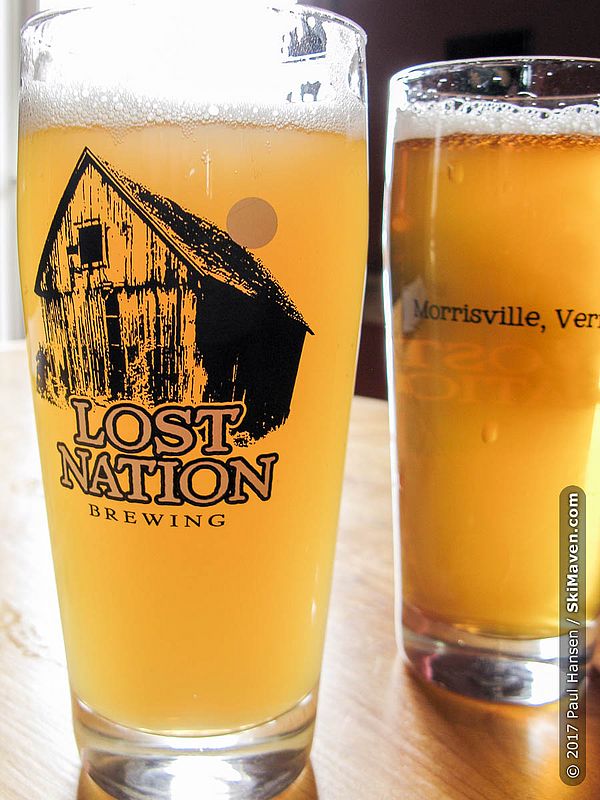 We made the most of a gorgeous day and snow-free driving conditions by jumping in the Subaru and pointing it north toward Craftsbury Outdoor Center in Craftsbury, Vermont.

We arrived to find some eager young kids starting a ski race. The adults had started earlier and we would see them skate by a few times as we started skiing the trails. Since the trails were prepared for a skate skiing race, we didn't have some classic tracks on a few areas that we expected. But we were creative and snaked our way around the trail network to stay out of the way of the race and to find nice tracks to ski in.

Craftsbury has real groomers with real tillers. This is one of the reasons it is such a treat to ski here!

The other reason is that it is lovely in the corner of the world. Craftsbury's Nordic trails offer quiet skiing in a beautiful setting. Sometimes you're skiing across a field, other times in the wood. Sometimes by a red barn, other times near or on a pond.

We had on our waxless classic skis. Waxless was a good choice today because while the snow and tracks were crisp in the morning, the sun worked on them during the midday to make some spots sticky. It would have been very difficult to wax for that.

Some of the highlights today included the fast downhill on Kirby's Pass; the classic, wooded Ruthie's Run; crossing Creek Road to ski among the hardwoods on Bennett's, Dante's and Wylie's; and mountain views from Viviana's Fields (Jay Peak, Mt. Mansfield and Camel's Hump were spotted today).

There was still a lot of snow at Craftsbury. The coverage was excellent. Five inches of new snow over the last two days must have helped!

We had a nice long ski and then on our way home we stopped at a brewery in Morrisville, Vermont. Lost Nation Brewing serves delicious beers and equally delicious food, including a Cubano sandwich and a wonderful burger. We loved the sides of Asian coleslaw and German potato salad.

A scrumptious day all around.